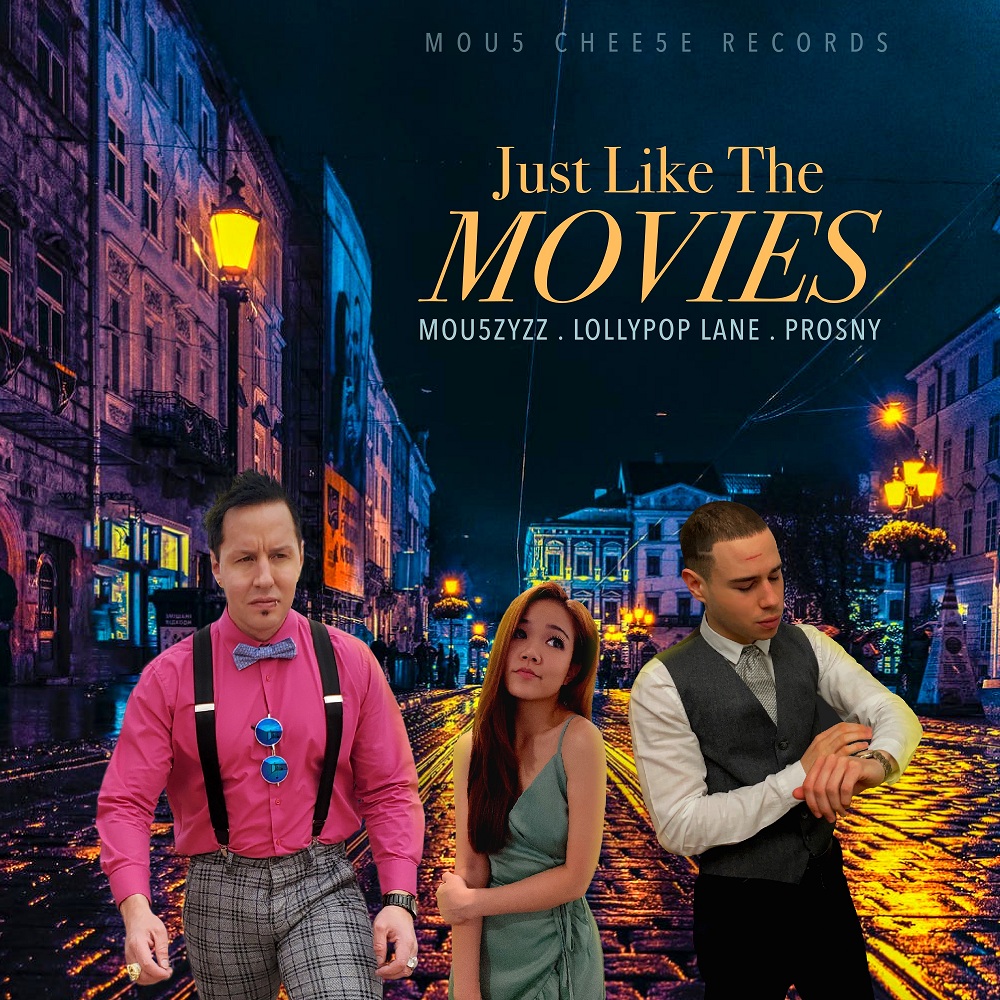 
Andrew Niman, aka Mou5ZyZZ, has announced a new Drum N Bass track, "Just Like The Movies". Mou5ZyZZ, Lollypop Lane & PROSNY produced and wrote their new track together and released it on @Mou5 Chee5e Records.

Andrew Niman, aka Mou5ZyZZ, a multi-talented music artist, is thrilled to announce a long-awaited track titled "Just Like The Movies" and other captivating tracks. The track is released on @Mou5 Chee5e Records, an independent recording company based in Albuquerque, New Mexico, and was written and produced together with friends Lollypop Lane & PROSNY. "Just Like The Movies is our first Drum N Bass Track under our artist names. It will come out on April 16th, 2021, on worldwide online music streaming providers," said Mou5ZyZZ, an American DJ, songwriter, and music producer who has performed live in front of 95,000 audience at the 2011 Ice Festival."

This April, Mou5ZyZZ released several magnificent tracks to satisfy his loyal listeners. The tracks include "Flying Free", released on April 1st, 2021 on @Mou5 Chee5e Records. The track is the first Hardstyle Release as Mou5ZyZZ. Another great release is the re-released and remastered track by DJ Waffles, Mou5ZyZZ & Yago Music. "In The Dust" RE-RELEASED & REMASTERED to "24Bit Ultra High Quality-HD.wav" on April 12th, 2021 on @Mou5 Chee5e Records. "Bang Bang" by Mou5ZyZZ will come out on April 23rd, 2021, on @Mou5 Chee5e Records. This track is Electro Pop/Progressive House. DJ Waffles aka Jack Burrows is a young and talented DJ and producer. At 16 he signed his first record deal.

Mou5ZyZZ has worked together on several songs with Lollypop Lane and PROSNY on @Mou5 Chee5e Record. Mou5ZyZZ has collaborated with Lollypop Lane, aka Adyna Tan, on several tracks, including "Away", "Another Day", "Hula Hey", and their latest song, "Just Like The Movies". Their latest track, "Just Like The Movies", is also written and produced with Italian music artist, PROSNY aka Mattia Ruzzu. Mattia Ruzzu, also known as "PROSNY" (PRO SNY...SNEEE), is an Italian music artist. He co-produced "Away" alongside with Mou5ZyZZ & Adyna Tan (Lollypop Lane). Mattia Ruzzu likes to play guitar, sing, ride motorcycles for fun and loves eating noodles for breakfast.

Lollypop Lane, also known as Adyna Tan, is an Australian music artist. Besides as a music artist, Adyna Tan also works as a dentist. She is good at singing, playing piano, creating illustrations for books, and also does comics writing as Sweettooth Comics. Adyna Tan designed album covers for her latest release "Just Like The Movies" & "Bang Bang'' and some of Mou5ZyZZ album covers.

Andrew Niman, aka Mou5ZyZZ, is a DJ, music producer, and songwriter. Mou5ZyZZ was born in Los Angeles, California. He writes and produces songs for some music artists on his music recording company @Mou5 Chee5e Records, in Albuquerque, New Mexico. Mou5ZyZZ works together with International music artists like Lollypop Lane, PROSNY, Yago Music, and many others. Mou5ZyZZ specializes in EDM music and works on other sub-genres, like Hip-Hop, Trap, Dubstep, BreakBeat, BassHouse, Hardstyle and Drum n Bass. For more information about Mou5ZyZZ's latest release, please check https://linktr.ee/Mou5ZyZZ.

Buy 100% high-quality replica watches with a 2-year warranty and free ground shipping!
There is no better press release writing company as 123 term papers.
Go to Assignmentgeek.com and get your homework done.