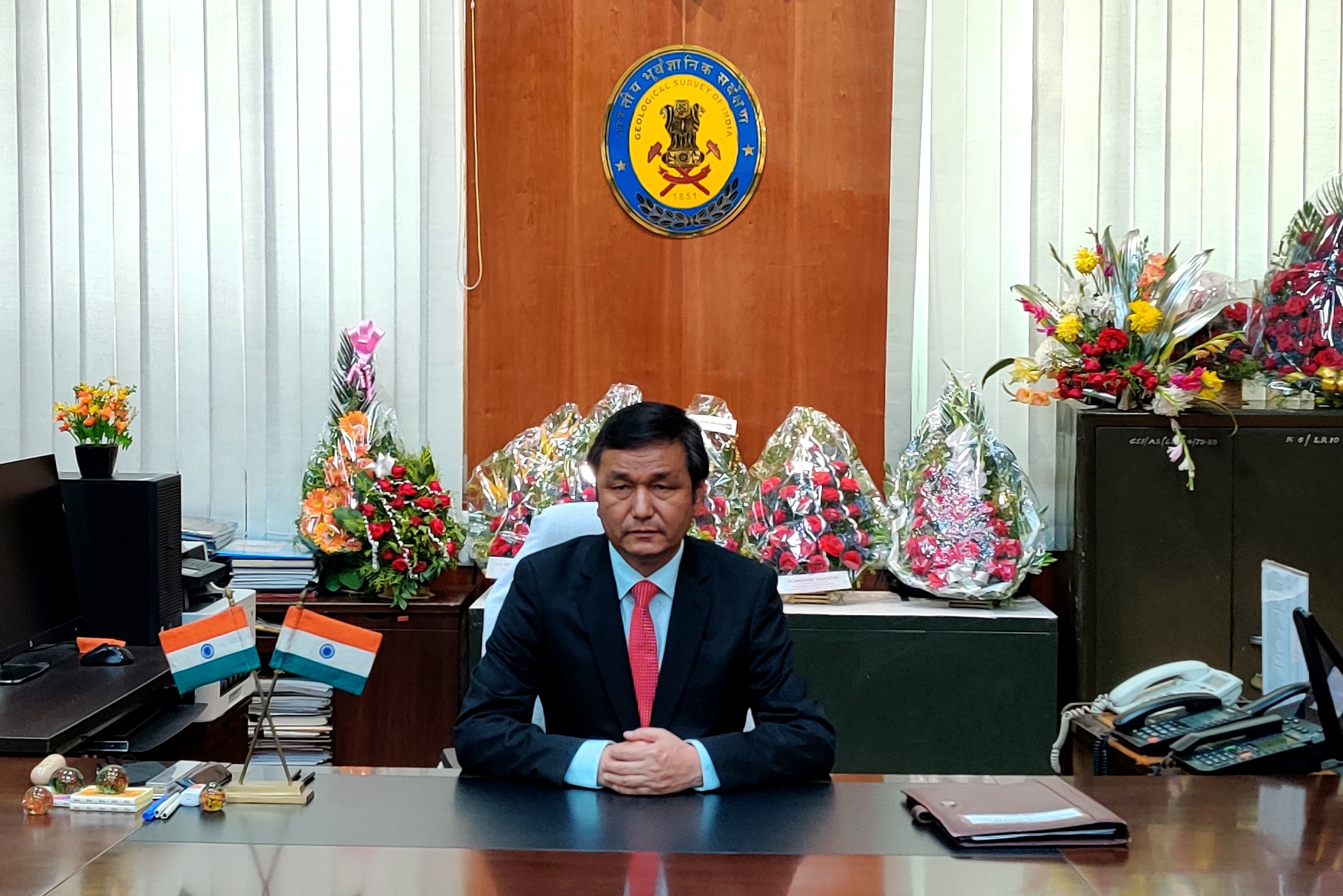 
Kolkata 1ST April 2021 Shri Rajendra Singh Garkhal assumes charge as the 50th Director General of the 171-year-old premier geological organisation of the country, Geological Survey of India (GSI) on 30th March 2021. He succeeds Dr. Ranjit Rath, the CMD of Mineral Exploration Corporation Limited (MECL), who was on Additional Charge as the Director General of GSI since 1st May 2020.

Shri Garkhal did MSc in Geology from Kumaun University and joined Geological Survey of India in 1986. He rose to the highest position of Director General from a humble beginning of a Geologist. He was posted in Jaipur, Sikkim, Delhi and Central Head Quarter in Kolkata in various capacities, the last being that of Additional Director General (ADG), Policy Support System (PSS), CHQ, Kolkata

Shri Garkhal has vast experience in Systematic Geological mapping, Geochemical mapping, Metallogeny and Mineral Exploration related studies, Map compilation etc. to name a few. He carried out Systematic geological mapping of ‘Deccan Traps’ in Saurashtra, Rajkot, Junagarh and Amreli districts of Gujarat; Second-Generation Mapping of ‘Aravalli Fold Belt’ in parts of Udaipur district, Rajasthan. He also carried out detailed mineral investigation of carbonate hosted Pb-Zn mineralization and volcanogenic massive sulphide deposits in various parts of Rajasthan. His notable contribution was on the detailed mineralogical, structural, petrological and chemical characterisation of the emerald belt of Rajasthan. Shri Garkhal has published several scientific papers and participated in conferences in India and overseas.

With his 35 years of impeccable experience & expertise in the field of Geosciences would enable him in seamless discharge of his responsibilities as Director General of GSI. Under his able leadership and guidance, GSI will continue to rise further and attain newer heights in facilitating continuous convergence between central and state governments, industry and academia for the geology and mining sectors in the development of the country.

About Geological Survey of India- The Geological Survey of India (GSI) was set up in 1851 primarily to find coal deposits for the Railways. Over the years, GSI has not only grown into a repository of geo-science information required in various fields in the country but has also attained the status of a geo-scientific organisation of international repute. Its main functions relate to creating and updating of national geoscientific information and mineral resource assessment. These objectives are achieved through ground surveys, air-borne and marine surveys, mineral prospecting and investigations, multi-disciplinary geoscientific, geo-technical, geo-environmental and natural hazards studies, glaciology, seism tectonic study, and carrying out fundamental research.