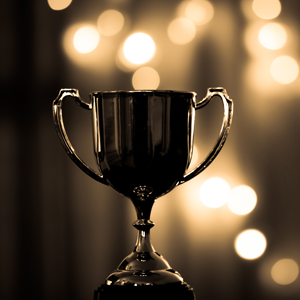 “Working with fellow volunteers in the various IPC task groups, I have learned the importance of IPC standards to the well-being of the industry, as we create and realize the “Factory of the Future” vision. The teamwork that IPC staff inspires between peers, drives genuine cross-functional innovation,” states Michael Ford. “I feel honored to be recognized for my contribution, with achievements that have been gained so far, which include the IPC-2591 Connected Factory Exchange (CFX) standard, the IPC-1782 traceability and secure supply-chain standard, as well as the IPC-2551 Digital Twin standard, being achieved only as a result of contributions from so many members in each committee. I am very proud to be working with such talented people.”
Aegis Software has been active in many facets of IPC activities over many years, showing by example how IPC standards bring interoperability and fairness of opportunity to drive benefits for the industry as a whole, including machine vendors, solution providers such as Aegis, and not least, manufacturers themselves.

“Jason Spera, CEO of Aegis Software, states, “We are proud of the achievements that Michael’s work with the IPC standards committees has helped make possible. The work of standardization is more important than ever before now that digitization is such a focus of manufacturers worldwide. Proprietary or highly customized technical approaches to solving problems are no longer workable. As we develop and introduce innovative new technologies into the complex manufacturing arena, manufacturers demand the assurance that tools offer plug-and-play interoperability, which is best supported by the timely creation and adoption of genuine consensus-based standards. Michael’s ability to foster collaboration and drive productivity among all committee members is a great accomplishment and key to getting standards published and adopted. We at Aegis are elated the IPC has recognized Michael’s work in this way, and that he chose Villanova University as the recipient of the grant.”

As part of the recognition, a scholarship has been awarded to the engineering department of Villanova University, alma mater to the founders of Aegis, with the intent to benefit the promotion of opportunities for women in the industry.

Pay someone to write my research paper at Rapidessay
Buy 100% high-quality replica watches with a 2-year warranty and free ground shipping!
Learn about online entrepreneurship at JohannesLarsson.com
Go to Assignmentgeek.com and get your homework done.
Christian Homeschool Online