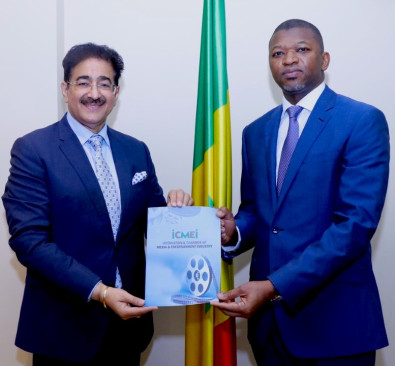 
Noida: “I on behalf of ICMEI, Media & Entertainment Industry and complete art and cultural fraternity of India extend my heartiest congratulations to H.E. Abdoul Wahab Haidara Ambassador of Senegal to India and people of Senegal on the auspicious day of their National Day falls on 4th April,” said Sandeep Marwah President of International Chamber of Media And Entertainment Industry and Chancellor of AAFT University of Media and Arts.

The visit of Sandeep Marwah to Senegal brought the cultural industries of two countries close to each other. The formation of Indo Senegal Film and Cultural Forum brought new light to the relationship between two countries.

Pay someone to write my research paper at Rapidessay
To ensure stability and reachability of your applications at all times, remote DDoS protection can keep your hosting services online
Buy 100% high-quality replica watches with a 2-year warranty and free ground shipping!
Go to Assignmentgeek.com and get your homework done.
Learn about online entrepreneurship at JohannesLarsson.com