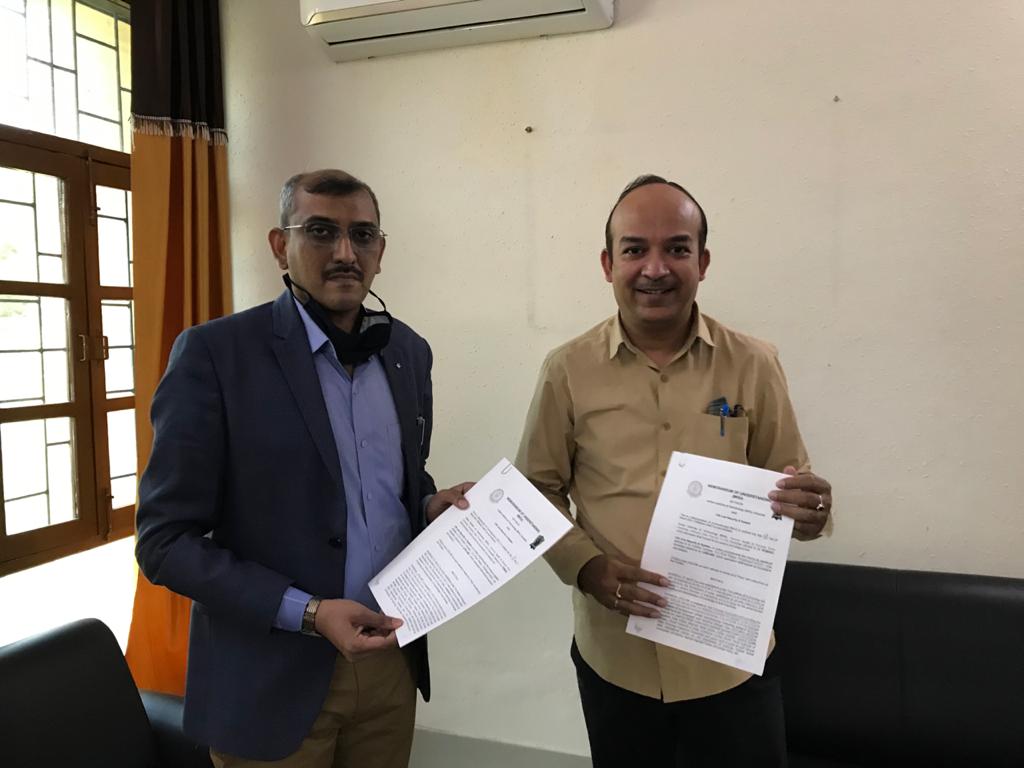 
IIT BHU Varanasi | Jeetendra Kochar a world-renowned ballistic armor expert & developer was invited by IIT BHU to jointly work on the design and development of an advanced armor system for Indian defence force requirement. IIT BHU is the associated with Indian Ministry of Defence through DRDO for material science development for defence-related projects. The MOU was signed between IIT BHU and Life Line Security & System an organization headed by Jeetendra Kochar. On Behalf of IIT BHU Dean R&D, Prof Rajiv Prakash signed this MOU.

IIT BHU is Asia’s oldest ceramic development center with a glorious history of 96 years. The founder of Banaras Hindu University, Pandit Madan Mohan Malviya ji instituted a course in Ceramic Technology as early as 1924 with the noble objective of advancing glass and ceramic technology in India.

The collaboration will initially build on two areas where both partners have an outstanding track record of expertise and IIT BHU has world-class research infrastructure: Development of Advance Armor System and Advance IOT based smart wearable. This association is seen as key development to Prime Minister Narendra Modi's dream of Make in India initiative that manages advanced processes, materials, and technologies, to guide the production mechanism that produces products with no defects with no adverse environmental and ecological effects. Currently, India is importing 70-80% of high-grade armor raw material from Europe and Asia.

Jeetendra Kochar is known in the ballistic industry for his theory of material impact which was used to produce a lightweight armor system to defeat Armor Piercing & Special type ammunition. The developed product is currently used by US, French, and German military contractors. This system has performed a key role in the operation all out to eliminate the terrorist from the valley.

Mr Kochar told that there is lots of domestic as well as international demand for ballistic ceramic armor. With IIT BHU Life Line has the plan to develop advance lightweight armor for defence purposes including reactive armor for tanks and not only fulfill the demand of the Indian market but to export the quality developed ceramics to an international market.

Also, this joint association will work on futuristic technology for an autonomous system including smart wearable for the defence and health sector. As IIT BHU announced this also as a major development in the coming time toward expanding Indian rural patient access to world-class medical service through IOT based low-cost equipment in rural medical centers through this new joint collaboration between two organizations. It has been a history that technology developed for defence are being converted into public tech utility for civilian benefit. The internet is one of the best examples.

Online assignment help by Copycrafter will free you from any academic issues
Christian Homeschool Online
Go to Assignmentgeek.com and get your homework done.