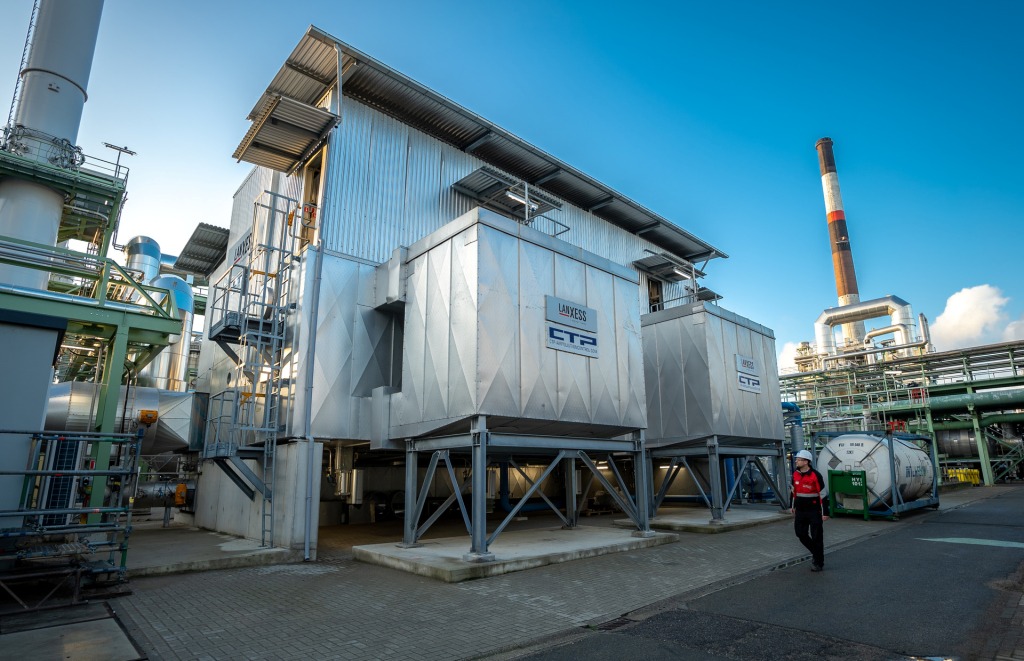 
Antwerp/Cologne, February 24, 2021 – LANXESS has taken another major step on the road to climate neutrality: the specialty chemicals company inaugurated a nitrous oxide reduction plant at its site in Antwerp on February 10, Belgium. The plant breaks down around 500 metric tons of nitrous oxide per year, which is equivalent to the climate impact of 150,000 metric tons of CO2. LANXESS has invested around EUR 10 million in its construction. A second plant is scheduled to start up in 2023 and is expected to eliminate a further 300,000 tons of CO2 equivalents (CO2e).

“We are committed to the Paris Agreement to limit global warming to less than two degrees Celsius. The new nitrous oxide reduction plant in Antwerp is a key building block in LANXESS becoming climate-neutral by 2040,” explained LANXESS Board of Management member Hubert Fink. At the same time, he highlighted the economic benefits of the climate protection measures, saying that “Climate protection is a business case for us. On the one hand, we are becoming an even more sustainable partner for our customers. On the other, we are reducing our costs because we need fewer certificates from the European Emissions Trading System and use less energy thanks to innovative technologies.”

Nitrous oxide (N2O), also known as laughing gas, is generated at the Antwerp site during the production of the plastic intermediate caprolactam. It is harmless to humans but 300 times more harmful to the environment than carbon dioxide. At temperatures of around 1,000 degrees Celsius, LANXESS breaks down the nitrous oxide into its harmless components nitrogen and oxygen in the new plant, thus neutralizing it completely.

In a second process step, the plant breaks down further nitrogen oxides (NOx). Ammonia is used as a reducing agent for this. At temperatures between 250 and 450 degrees Celsius, the nitrogen oxides are broken down and produce nitrogen and water.

Thanks to the innovative combination of these processes the plant is highly thermally efficient. This is ensured by specially developed ceramic heat exchangers. These capture and store the heat used in the thermal oxidation process and generated during the breakdown of nitrous oxide and nitrogen oxides. When the heat exchangers have stored the heat from the clean gas, the process flow changes direction and the heat exchangers now preheat the incoming exhaust gas. This change of direction then takes place recurrently. This means that significantly less external energy has to be supplied to keep the process running.

In addition to the Antwerp plant, the Group is currently implementing further climate protection projects with the aim of becoming climate‑neutral by 2040. LANXESS is also switching the entire energy supply at its Indian sites to renewable energy sources. There, the company is massively expanding its supply of biomass and solar power and will no longer use coal or gas in the future. This will cut CO2e emissions by a further 150,000 tons starting from 2024. The Group also plans to phase out coal-based energy use at its major production sites in Germany. In 2019, LANXESS announced to invest a total of up to EUR 100 million in its climate protection projects by 2025.

LANXESS is also revising many of its existing production processes. For example, the Group will continue to improve its “Verbund” structures, e.g. when it comes to heat exchange between plants and air purification. Other procedures must first be developed on a large industrial scale. The Group is therefore turning the focus of its research more closely towards climate neutral process and technological innovation.

LANXESS has two production sites in the Antwerp port area. They are at the heart of the global high-performance plastics business. The intermediates caprolactam and polyamide are produced in Lillo/Antwerp. In Kallo/Antwerp, LANXESS produces glass fibers, also for use in plastics, and rubber chemicals. In total, LANXESS employs around 1,000 people in Belgium.

LANXESS is a leading specialty chemicals company with sales of EUR 6.8 billion in 2019. The company currently has about 14,400 employees in 33 countries. The core business of LANXESS is the development, manufacturing and marketing of chemical intermediates, additives, specialty chemicals and plastics. LANXESS is listed in the leading sustainability indices Dow Jones Sustainability Index (DJSI World and Europe) and FTSE4Good.

Go to Assignmentgeek.com and get your homework done.
Christian Homeschool Online
To ensure stability and reachability of your applications at all times, remote DDoS protection can keep your hosting services online
Essaysmatch cheap essay writing service
Buy 100% high-quality replica watches with a 2-year warranty and free ground shipping!