Webinar on Fake News at 9th Global Festival of Journalism 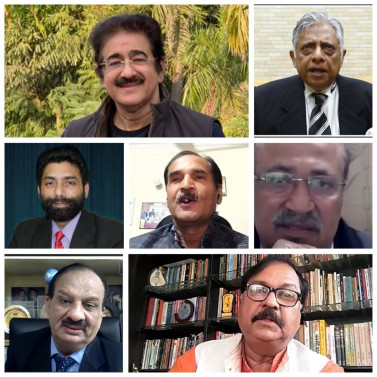 
New Delhi: There is a bombardment of information from all over. It is sometimes difficult to handle so much of sound and visuals presented to you via digital and traditional media. In between you are also feed with fake news. It is important to know what fake news is all about. Any false or misleading content presented as news and communicated in formats spanning spoken, written, printed, electronic, and digital communication is called fake news,” explained Dr. Sandeep Marwah President of Marwah Studios in a webinar on Fake News on the second day of 9th Global Festival of Journalism Noida 2021

“The availability to express yourself on social media has raised the level of fake news be it a Facebook, Instagram, LinkedIn or blogs. You actually start believing in these news,” said Suniel Parashar senior journalist & PR Consultant.

“Fake news can reduce the impact of real news by competing with it. It also has the potential to undermine trust in serious media coverage The term has at times been used to cast doubt upon legitimate news,” added Anoop Bose Broadcaster & Senior Lawyer of Supreme Court. “Fake News have no basis in fact, but are presented as being factually accurate. It also refers to stories that are fabricated that obtain little to no verifiable facts,” said Onkeshwar Pandey CEO & Editor in Chief New Observer Post.

Sunil Dang former Member of Press Council of India and CEO Day After Magazine suggested that you must Consider the source, read beyond the headline, check the authors, assess the supporting sources, check the date of publication, ask if it is a joke, ask experts and that will reduce the chances of fake news in the publications.

“Fake news and disinformation is spread all over social media, such as Twitter, every day. More than 6.6 million tweets linking to fake and conspiracy news publishers around the 2016 campaign. However many fake news stories do not follow the pattern. Organized blocks or accounts coordinate to create a longer lifecycle for this fake news information,” added Meena K Iyer Film Critic and Journalist.

A poster of Ganesh Shanker Vidyarthi was released by the dignities to mark respect to truthful journalism. Vote of thanks was proposed by Sushil Bharti Broadcasting Director of Marwah Studios.

Essaysmatch cheap essay writing service
Go to Assignmentgeek.com and get your homework done.
Online assignment help by Copycrafter will free you from any academic issues