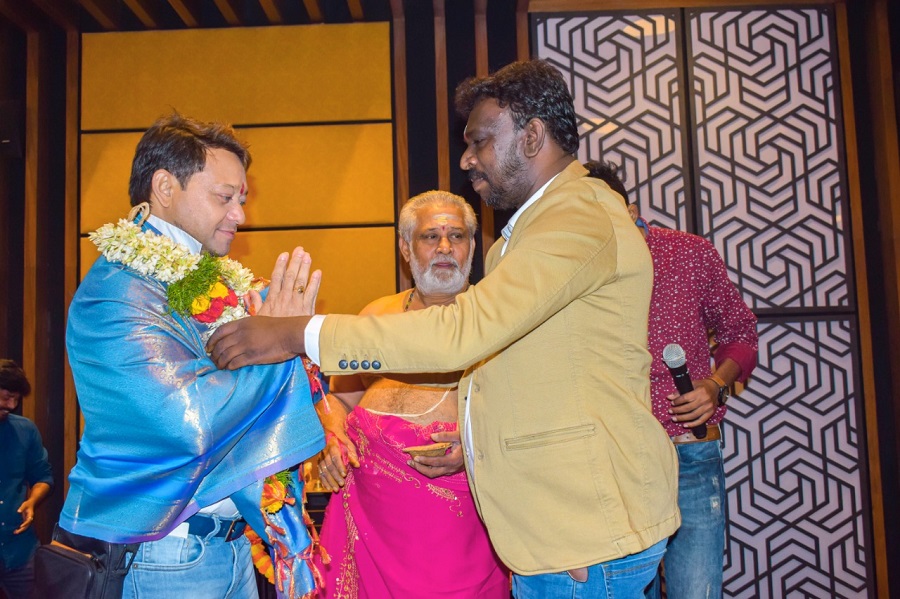 
Blue Eye Entertainments recently organized the launch party for the movie Pooja. The inaugural pooja by Blue Eye entertainments for the new film took place on Wednesday (10/02/21) in Chennai at The Residency Towers.

The Movie is going to be shot in 5 different languages including Hindi, Tamil, Malayalam, Telugu, and Kannada. The movie is based on a horror thriller and it will go on floors soon. “Specific date will be announced soon”, says Siddharth Edwin. Siddharth Edwin is the Producer of the film.

Mr. Neh Srivastava, President of CSSOS lit the lamp and inaugurated the ceremony. The famous singer Nithyasree was also present at the ceremony.

Actor Prem Kumar, Actor Dhruv, Actor Easan, and Nithyashree were among the other notable stars and artists that attended the Inauguration ceremony.

Other noted guests included Mr.Vinoj- BJP youth wing head, Mr. Mohan, and Mr. Anand were seen. The event was also attended by a few directors and producers. Overall, the ceremony was a grand success.

To ensure stability and reachability of your applications at all times, remote DDoS protection can keep your hosting services online
Buy 100% high-quality replica watches with a 2-year warranty and free ground shipping!
Online assignment help by Copycrafter will free you from any academic issues
Ged Online