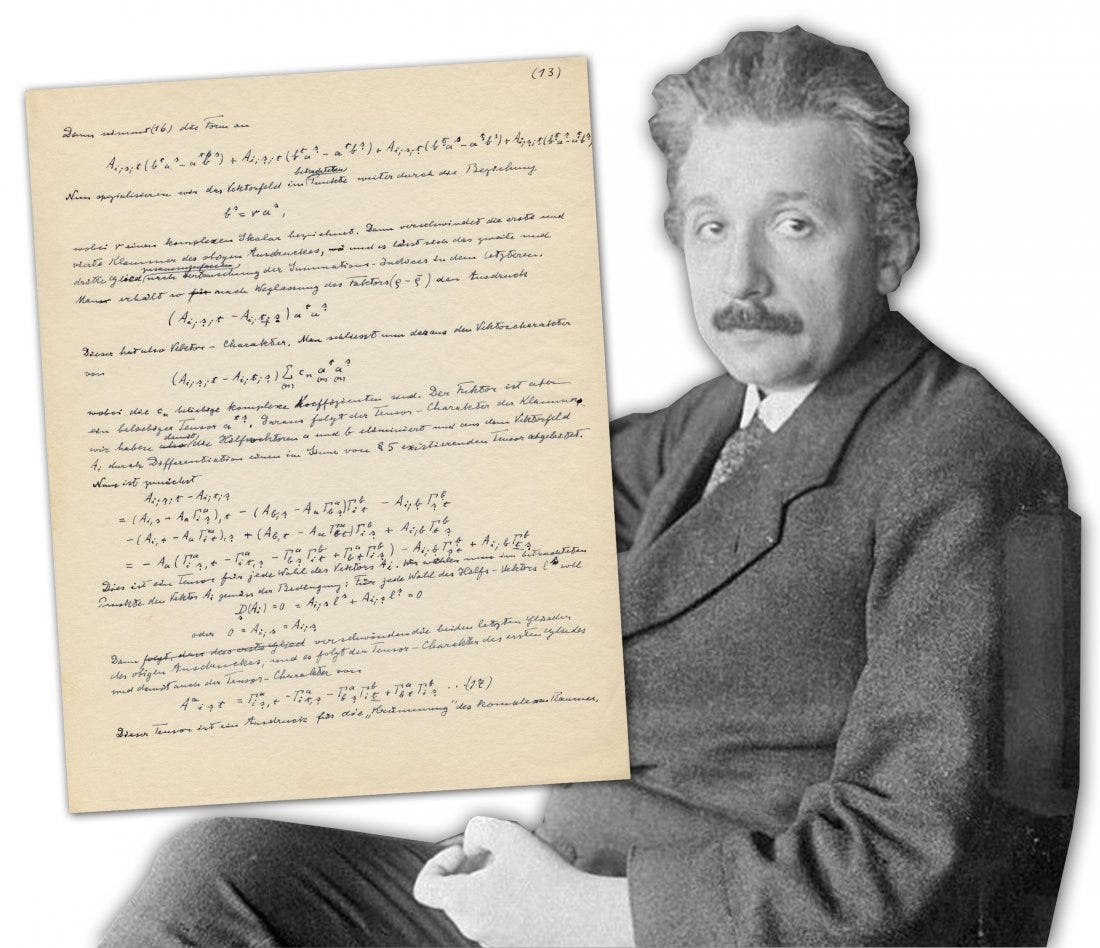 
Wilton, CT, USA, February 16, 2021 -- An exceptional handwritten four-page presidential address signed by Thomas Jefferson and directed to the Cherokee Nation in 1806, a spectacular one-page document written and signed by Albert Einstein regarding his theories on gravity and relativity, and a two-page letter handwritten and signed by Abraham Lincoln in 1863 concerning the transportation of troops by rail during the Civil War are just a few of the expected top lots in University Archives’ online-only auction of rare manuscripts, autographs and books slated for Wednesday, March 3rd.

The auction starts promptly at 10:30 am Eastern time. The catalog is up for viewing and bidding now, on the revamped University Archives website (www.UniversityArchives.com), as well as on LiveAuctioneers.com, Invaluable.com and Auctionzip.com. Phone and absentee bids will also be accepted.

It’s the first auction being conducted from University Archives’ new offices in Wilton, Conn., a 6,000-square-feet space in a Class A corporate building. In addition to more office space, the firm has acquired a 1,500-square-feet temperature-controlled and fully secured storage facility that can house bulkier consignments.

“Our March sale, which tips the scales at a healthy 408 lots, provides another great opportunity for aspiring and veteran collectors to enlarge and refine their collections,” said John Reznikoff, founder and president of University Archives. “We thought it would be appropriate in the weeks following Inauguration Day to offer a selection of U.S. Presidential and First Lady autographs.”

The result is a range of historical U.S. presidential material from George Washington (#1) to Joe Biden (#46); as well as an assortment representing First Ladies, from Martha Washington (#1) to Frances Cleveland (#22 and #24), and from Edith Roosevelt (#26) to Jacqueline Kennedy (#35).

Other categories include literary (Clemens/Twain, Melville, Hemingway, Nietzsche and others); early American (Declaration of Independence material and signers, John Hancock and more); foreign (Lenin, Disraeli, Khrushchev and others); science (Einstein and others); space (Aldrin and Armstrong, cosmonauts, Lindbergh, Orville Wright, Red Baron and others); and notorious (John Brown, Lee Harvey Oswald, Jack Ruby, Whitey Bulger, the Birdman of Alcatraz and others).

In the four-page presidential address signed by Thomas Jefferson, addressed to “My Friends & Children Chiefs of the Cherokee Nation”, Jefferson fully embraces his role as the “Great White Father”. The letter advises the Cherokee to continue in their ongoing efforts to establish farming communities and to resist making war against other indigenous peoples (est. $90,000-$100,000).

The manuscript by Albert Einstein containing superb Unified Field Theory content is written in German and includes nearly 200 words in Einstein’s hand and eleven lines of mathematical calculation. In it, Einstein reexamines some of the concepts underpinning his earlier theories about gravity, spinning off complex “Thought Experiments” (est. $25,000-$30,000).

Pay someone to write my research paper at Rapidessay
Buy 100% high-quality replica watches with a 2-year warranty and free ground shipping!
To ensure stability and reachability of your applications at all times, remote DDoS protection can keep your hosting services online
Learn about online entrepreneurship at JohannesLarsson.com
Go to Assignmentgeek.com and get your homework done.