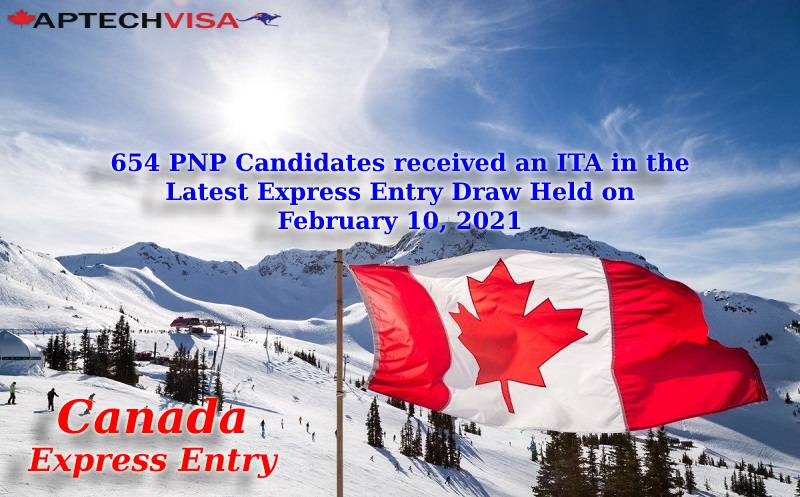 The minimum CRS (Comprehensive Ranking System) score of the invited candidates is 720. The CRS cut-off is quite high because the draw was focused on inviting provincial candidates who had a nomination from the province. It is the first draw conducted by the IRCC in the month of February. The CRS cut-off released in the latest Express entry draw is 21 points less than the previous express entry aligned PNP draw held on January 20, 2021.

Canada express entry is Canada’s application management system which considers the profiles of the candidates who have applied under the three economic immigration streams such as Federal Skilled workers program, Federal skilled trades program and Canadian experience class. A candidate is required to score a minimum of 67 points in order to become eligible to apply under any of the three immigration streams.

CRS scores play an important role in getting an invitation from Canada. The candidates with the highest CRS scores will be issued an invitation to apply for Canada’s permanent residence. Having a job offer is not must; however, having one can help you increase your Canada Immigration points. In the latest express entry draw, a tie-breaking rule was applied. The candidates who had a CRS score of 720 or more, needed to submit their express entry profiles prior to August 14, 2020 at 6:51:00 UTC in order to receive an invitation in the latest express entry aligned PNP draw.

Hire an expert to write a paper for you at writers per hour.
Go to Assignmentgeek.com and get your homework done.
There is no better press release writing company as 123 term papers.