On this Valentine’s Day eve, A new, romantic music video “Maro Latko Jordar” will be released 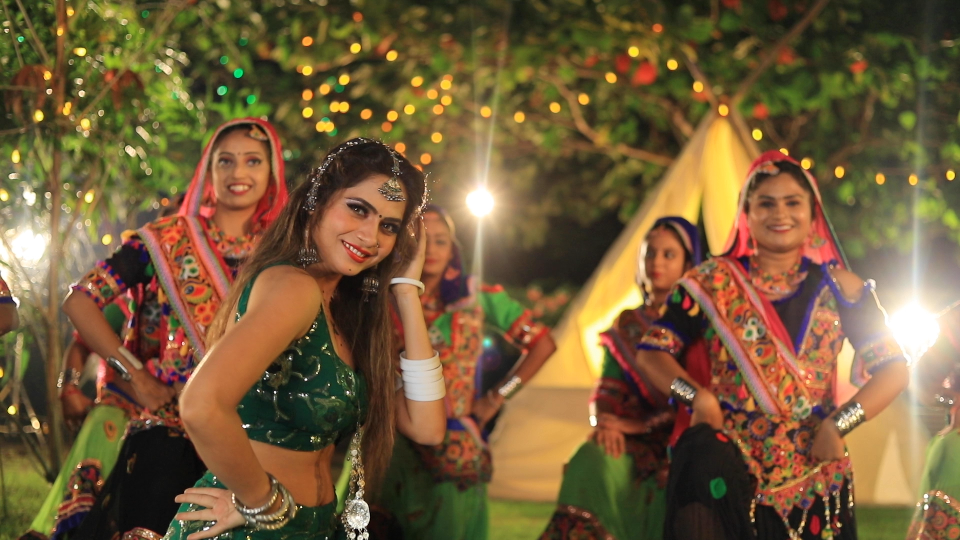 ​In this video, Mamta plays a village belle and conveys to the audience on how effective her Latkas & Jhatkas are and how the sharpness of her beautiful eyes can floor anyone. It also expresses that how happy she is being so pretty, that today she wants to dance gay abandon wearing her various colourful Gagras & Chunariyas. The video features Mamta showcasing her dance prowess in various colourful costumes & dancing seamlessly to the lively music and her friends teasing her and also dancing in the background supplementing her moves.

The video has been beautifully orchestrated and though it has a rustic feel to it, a new contemporary look and touch is added to it in terms of exotic locale, dance steps & music composition. The lead as well as the background dancers have matched their moves step-by-step and made it reverberate with the youth and the pulse of today.

Mamta Soni is a well-known actress and has acted in many Gujarati Films & TV serials. Recently Mamta was seen dancing with well-known Gujarati actor Hitu Kanodia in the hugely successful music video “ Sajan Tara Sambharna” which was a great hit and savoured by everyone.

Mr. Sushilkumar Kumar Agrawal CEO, Ultra Media & Entertainment Group adds “We are extremely happy to present something unique & different to our audience this Valentine. This music video is a tribute to the rich culture and tradition of Gujarat. Recently we recreated 2 music videos of past work of thespians Naresh Kanodia & Hiten Kumar in “Sajan Tara Sambharna ” & Mare Te Gamde Ek Var Avjo” and both were immensely loved by the audience. Ultra is majorly reforaying into music again and we will be presenting some new concept music videos across different genres in Gujarati,Marathi,Hindi,Punjabi & Bengali languages in the immediate future.

Entertainer par excellence Mamta Soni adds “I am very happy to be a part of such a vibrant music video. Particularly the dance steps of this song was very different and coveys the actual emotions the protagonist is going through, am sure the audience is going to love it and even this video will be hugely accepted just like my “Sajan Tara Sambharna ” video.

They specialize in distributing this in various existing Physical, Non Physical, Digital and emerging formats globally. Ultra currently has an exhaustive library consisting of more than 1500 titles comprising of blockbuster Indian & International Films, Television serials and other contents