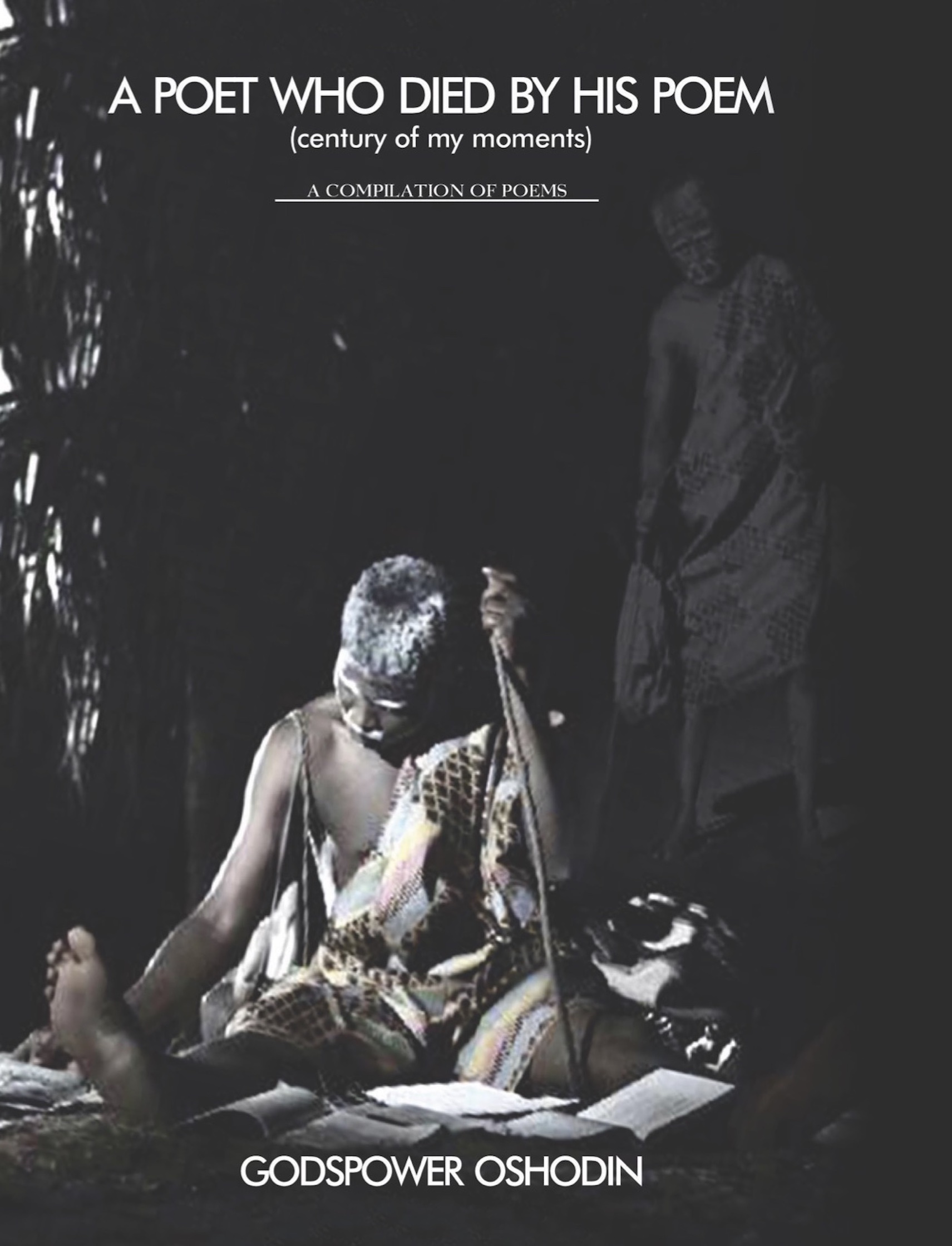 
The highly acclaimed young Nigerian poet, Godspower Oshodin, has chosen Dubai as a launching ground for his much-awaited book 'A POET WHO DIED BY HIS POEM'. Setting a new pace in the literary world, the renowned author’s agenda is to bridge literary culture between Africa and Arabia. Scheduled to hit the Amazon online stores on today, the book will become available across UAE stores by 1st March 2021 to compliment the release of the first of its kind poetry album. Oshodin’s poems have been featured in several magazines and newspapers globally and have gained rave reviews from top Literature Professors in Europe and America. The book comes in paperback as well as e-book format and is for US$ 9.99.

A POET WHO DIED BY HIS POEM is a 214 pages collection of poems accompanied by powerful quotes from the author himself, making it the first of its kind. Trailing on various poetic conversations from Global Politics, Love, Hate, Emotions, Family, Global Events, Religion, History, Education, Romance, Activism, Justice, Culture, and Art, the compilation was nurtured out of decades of social frustrations penned as a form of relief. The author’s own experiences are expressed vehemently through every narration while taking readers on a journey of awakening. Attaining rave reviews prior to its release ‘A POET WHO DIED BY HIS POEM is expected to provoke dialogue on topical issues while invoking change.

Born in Lagos, Nigeria, Godspower Oshodin is a multi award-winning prolific writer with over a thousand poems in his repertoire. His poetry has been featured in dozens of newspapers and magazines across the world. He was invited to compose the official poem for Nigeria’s 55th Independence Day. He is the author of ‘THE REPORTER’ and has co-authored ‘Global Seal of Integrity” an annual list of global accord with Bill Clinton, Barack Obama, Pope Francis and Late Nelson Mandela as recipients. In 2007, he founded the ‘Young Talents Initiative’, an organization that drives Nigeria’s emerging talents across diverse categories. As a United Nations Online Volunteer, he pushes boundaries on health and education issues faced in Nigeria and wider Africa. He was recently appointed as National Director Media and Publicity by Atiku Care Foundation.

“I chose to launch my book in Dubai, because of the poetry culture embodied across Arabia. My time in the city, exposed me to its heritage and traditions, making it an ideal location for global release. My ambition is to create a footprint for young African writers to collaborate with Arab poets. African literature isn’t fully exposed in the Middle Eastern, this is an opportunity to develop and export literature culture exchange. I’m a fan of High Highness Sheikh Mohammed bin Rashid’s Nabati poetry. I’ve read several of his compositions in great awe; the gravity of his work, opens you up to self-reflect and to face your inevitable reality” said Mr. Oshodin, Author & Poet.

'A POET WHO DIED BY HIS POEM' is a milestone project with poise to bridge gap wedged across modern literature culture by using poetry to connect with the current individual globalism. Administering wider engagement across creative boundaries, Mr. Oshodin is collaborating with Africa’s Afro-beats genius, Victor Alfred a.k.a Vstix, to produce the first of its kind musical poetry album. Scheduled to launch in March 2021, the 15 tracks album will feature extracts from his new book and will lend voices of various poets to deliver a unique compilation in one body of work.