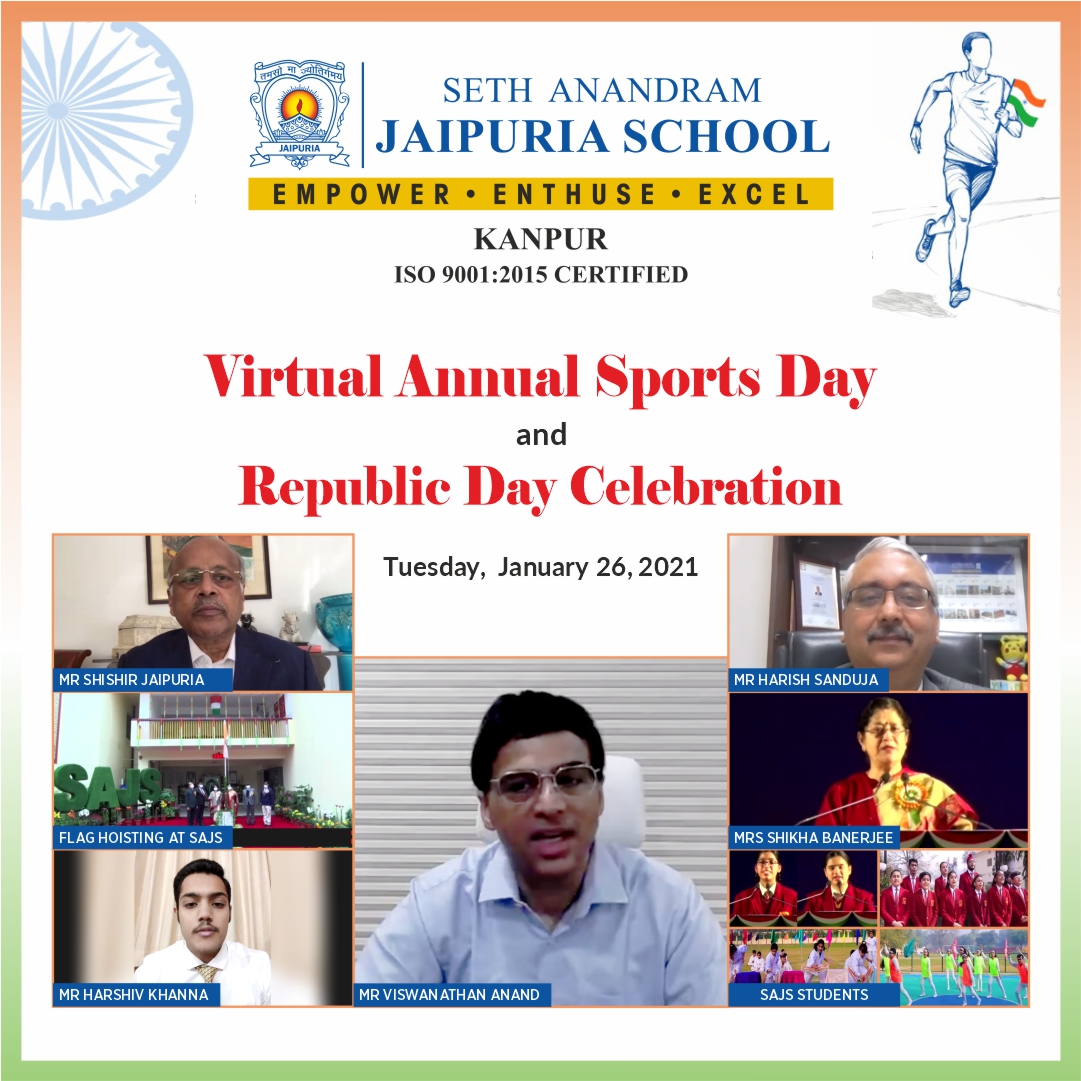 
‘Freedom is not worth having if it does not include the freedom to make mistakes.’- Mahatma Gandhi

The Chief Guest for the occasion was Mr. Viswanathan Anand, Indian Chess Grandmaster and former World Chess Champion who in his speech emphasized on the virtue of discipline and motivated the students to be determined and focused in life.

The traditional hoisting of the National Flag was conducted in the school by the dignitaries. The flag was unfurled by our Principal, Mrs. Shikha Banerjee. She addressed the gathering by her sagacious words. Due to the current pandemic the cultural program and school celebration was conducted through the virtual platform with live compering. A melodious patriotic song presented by Ms. Mishti Das in her soulful voice left the audience spellbound. The Aerobic and Karate show and the Physical Training Display brought out the feeling of patriotism.

The Chairman of Jaipuria Group of Institutions, Mr. Shishir Jaipuria addressed the august gathering with his words of wisdom.

The Guest of Honour, Master Harshiv Khanna, an alumnus of the institution, pursuing MBBS from King George’s Medical College, Lucknow added wings to the celebration by interacting with the audience and motivating the students with his inspiring words.

The vote of thanks was extended by the Director of the Jaipuria Group of Institutions, Mr. Harish Sanduja. The function ended with the National song and patriotism in the hearts of the audience.

Ged Online
Pay someone to write my research paper at Rapidessay