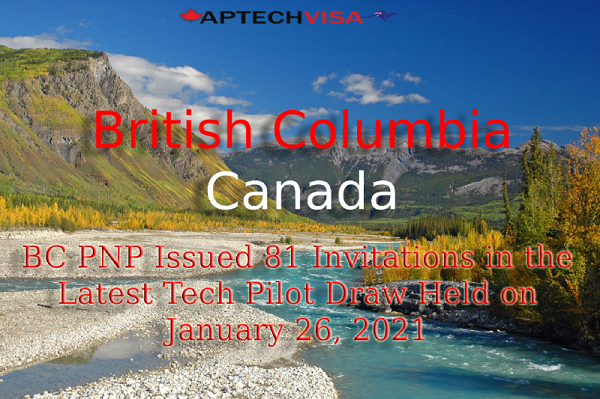 The candidates invited to apply for provincial nomination in the latest Tech pilot draw held on January 26, 2021 needed a minimum provincial score of 80. The invited candidates were from the different categories as mentioned in the table given below!

The BC PNP tech pilot stream was made to provide great assistance to the employers of the BC PNP so that they can recruit and select the candidates proficient in the tech and IT sector of BC PNP. The province of British Columbia invites the tech workers who have a valid job offer for a period of 12 months in one of the eligible 29 occupations released by the province of British Columbia.

Congratulations to every tech worker who got an invitation under the express entry category of BC PNP as these skilled workers will be awarded with 600 additional points that will further ease the entire Canada PR process. Now, the invited candidates can apply for provincial nomination from the province that in turn will give their dreams the wings to fly high in the blissful blue sky without any hitch!