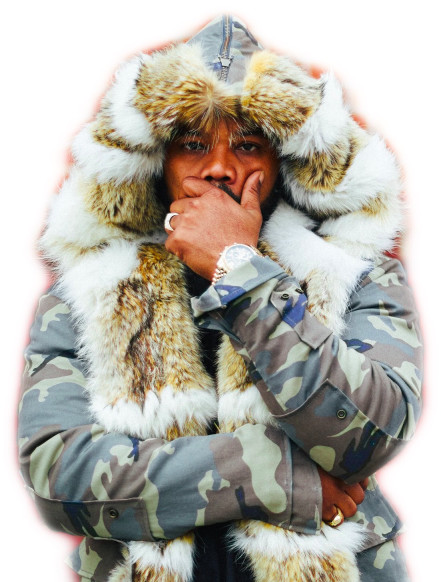 
Philadelphia, PA - USA | January 26, 2021 -- After two successful years of launching Wardrobe, the number one streetwear clothing store in Philadelphia, Warchyld returned to his first passion of music with a new video for his hit single “Lamborghini Dreams”. The video comes with a lot of anticipation and features a topless Mariahlynn of Love & Hip Hop: New York. The steamy video heats up the winter with racy pool scenes and Mariahlynn teasing Warchyld in the hot tub.

After a rough start in his teenage years with a double armed-robbery charge a gun charge landing him in jail, Warchyld entered the scene with his 2012 hit record “The Honeymoon”, featuring Slim of 112. The success of his new music landed Warchyld a dozen music magazine covers and a spot on the Billboard charts, just below renowned artists such as Drake and Yo Gotti.

Warchyld’s popularity continued to grow when he opened for DMX at a sold-out Live Nation concert and his music was heard on every major FM station including Power 99 and Hot 97. War went on to callab with major artists such as Capone of CNN, Mistah F.A.B and Styles P.

The next move for War was in television, his music was used on countless Reality TV shows such as Paris Hilton’s The World According to Paris, Girlfriend Confidential: LA on Oxygen, and MTV’s Caged. He scored exclusive sit-down interviews with DK Kay Slay on Shade 45, The Source Magazine, and a major BET Network interview with Angela Yee of The Breakfast Club.

His 2015 documentary The Price of Fame was sponsored by Hip Hop mogul 50 Cent’s SMS Audio Headphone company and legendary clothing brand Pelle Pelle who has made Warchyld a brand ambassador ever since. In 2019, He opened a retail store in Philadelphia which sells all of his original clothing and footwear designs called Wardrobe. The store was featured on NBC and has been showcased by countless celebrities including Allen Iverson and 50 Cent.

In 2021, Warchyld is returning to music with new albums, videos, and a virtual tour.