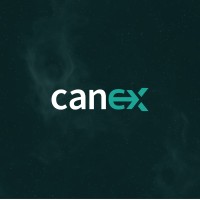 
United Nation’s Commission for Narcotic Drugs has voted to reschedule cannabis, effectively removing it from a list including ‘hard’ drugs, such as heroin.

Sheffield, UK, January 2021 – United Nation’s Commission for Narcotic Drugs has voted to reschedule cannabis, effectively removing it from a list including ‘hard’ drugs, such as heroin. With the exception of one EU member state, Western countries, in general, voted for the proposal. While cannabis advocates are welcoming the decision, some warn that there is still a lot of work ahead.

Almost two years after the World Health Organisation (WHO) recommended the rescheduling of cannabis and cannabis-related substances, 53 member states of the Commission for Narcotic Drugs held a vote to dismiss or approve the recommendation on Wednesday.

According to International Drug Policy Consortium, the commission was to acknowledge “cannabis’ medicinal usefulness” and consider the removal of “extracts and tinctures of cannabis” from the 1961 Convention.

Prior to the vote, cannabis and cannabis resin were listed as Schedule IV drugs alongside so-called hard drugs, such as heroin and other opioids.

In the vote, 27 member states supported the proposal, while 25 were against and one, Ukraine, was absent. Interestingly enough, only one EU country, Hungary, went against the rescheduling.

However, cannabis remains to be listed as a Schedule 1 drug, which means it is still regarded as “a substance with addictive properties, presenting a serious risk of abuse.”

Ann Fordham, Executive Director of the International Drug Policy Consortium, was not entirely satisfied when issued an official response: “We welcome the long-overdue recognition that cannabis is a medicine.

“However, this reform alone is far from adequate given that cannabis remains incorrectly scheduled at the international level.

“The original decision to prohibit cannabis lacked scientific basis and was rooted in colonial prejudice and racism.

“It disregarded the rights and traditions of communities that have been growing and using cannabis for medicinal, therapeutic, religious, and cultural purposes for centuries and has led to millions being criminalised and incarcerated across the globe.

“The review process has been a missed opportunity to correct that historical error.”

We are Canex – the leading UK-based portal for CBD news. With the CBD industry exploding all around the world, we aim to bring you everything you need to know – from both home and abroad. The CBD industry has become one of the fastest growing health and wellness industries in recent years. We provide the most up-to-date information about the industry, in order to keep the general public well-educated in line with this growth.