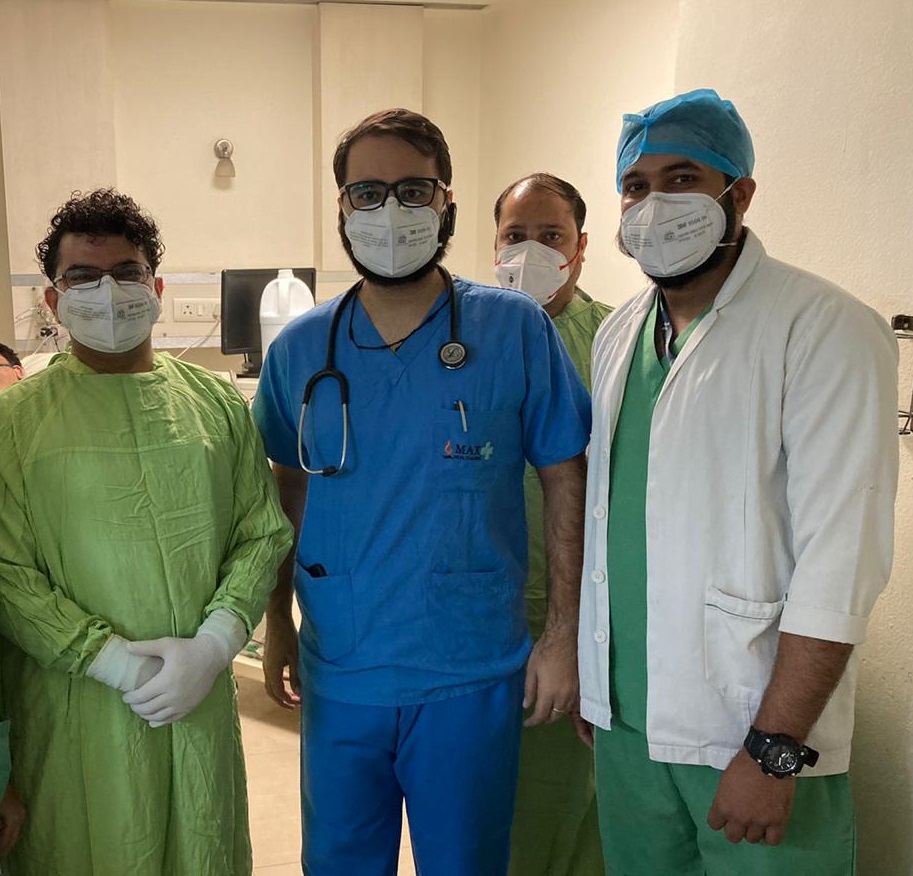 
Ghaziabad 12th January 2021: Timely intervention of specialists at Max Super Speciality Hospital, Vaishali helped save the life of a 42 year-old man whose breathing passage was blocked by an Ayurvedic tablet, he was taking for diabetes. The tablet was obstructing the passage and collapsed his lungs.

The patient, a businessman in Dubai, swallowed the ball-shaped tablet measuring about 1.5 cm in width, while on his way to his friend’s house in Ghaziabad. The tablet, however, got stuck in his airway making him wheeze and cough. By the time he reached his friend’s place, it became extremely difficult for him to breathe. When his friend noticed him becoming distressed and in extreme discomfort, he checked the blood oxygen level of the patient and was alarmed to find it to be just 70%, while anything below 90% is considered low.

The patient was rushed to the emergency room of Max Hospital Vaishali at 3 am where the emergency doctors resuscitated the patient and alerted the pulmonology team. Led by Dr Sharad Joshi, Principal Consultant, Pulmonology, and Dr Ankit Bhatia, Associate Consultant, Pulmonology, the medical team conducted a high-resolution computed tomography (HRCT) of the chest to view the inside of the air passages which was followed by a 30-minute bronchoscopy procedure to dislodge the tablet safely. The patient was discharged the next day, following another bronchoscopy, confirming that there were no residues left in his airway.

Commenting on this rare case, Dr Joshi said, “The tomography showed a 1.5 cm sized foreign body stuck in the left main bronchus, a passage of airway in the respiratory tract that conducts air into the lungs. It completely blocked the entry of the inhaled air, and collapsed the left lung, resulting in decreased levels of oxygen in the body. We performed a 30-minute procedure with flexible bronchoscopy to remove the foreign body. It turned out to be a large silver coloured Ayurvedic tablet.”