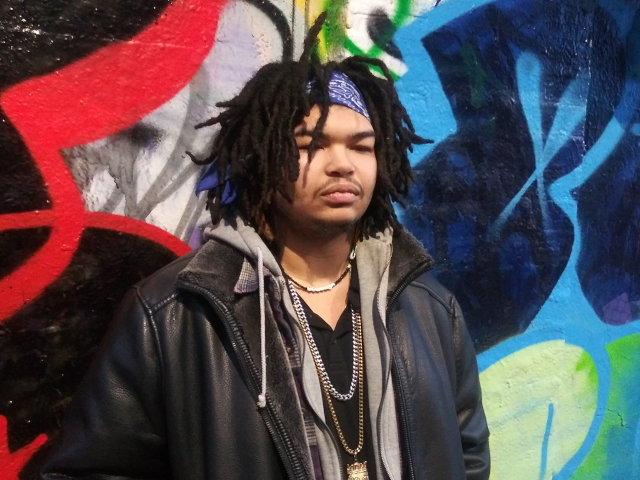 
Bourne, MA, Jan 6, 2021 -- As the day for the Presidential Inauguration draws upon us, the single and video "Glory of History", by The ZYG 808 will debut on Bandcamp, Youtube and all streaming platforms. Opening with an eyebrow raising quote from Harry S. Truman, “Glory of History” offers an astute high school student's perspective on the on-going social and political hypocrisies and contradictions experienced by Black and Brown people in America, from the lies we're told about figures in history, down to our lack of actual voting choices in presidential elections. A tight beat accompanying storytelling with interesting observations from a person who won’t be able to legally vote until this summer. "Glory of History" includes guest appearances by JJ Nice and Chris Koch, adding their commentary to the mix as well.

For some of us, it’s a pleasure to watch young artists -like The ZYG 808- grow up in the craft. In 2018, a 15-year-old street busker used his earnings to start a label, Soul Poets Records, and release a mixtape called “At The Party”, which earned two Grammy nominations for the project. In 2019, he showed us his lyrical and musical skills and a rapper, jazz drummer, and vibraphonist on his album, “BoOMBAPJAZz”. The summer of 2020 brought us the quarantine banger and video, “THUMPIN”.

While “Beat Lounge Notes” does not quite qualify as a ‘coming of age’ project, it definitely gives us an idea of where this talented young MC and producer is going. Demonstrating a variation of beats and rhyme styles, yet riding solidly on the ‘Southcoast Thump’ sound that ZYG 808 identifies as a regional hip-hop sound that blends in creole, Caribbean, soul and jazz elements; emanating from Polyphonic Studios’ southcoast sound.

ZYG 808, during a recent visit to New York City completed filming his second video single from the project, “Pioneers” which will be released in February of 2021.

Christian Homeschool Online
Learn about online entrepreneurship at JohannesLarsson.com
Pay someone to write my research paper at Rapidessay
Go to Assignmentgeek.com and get your homework done.