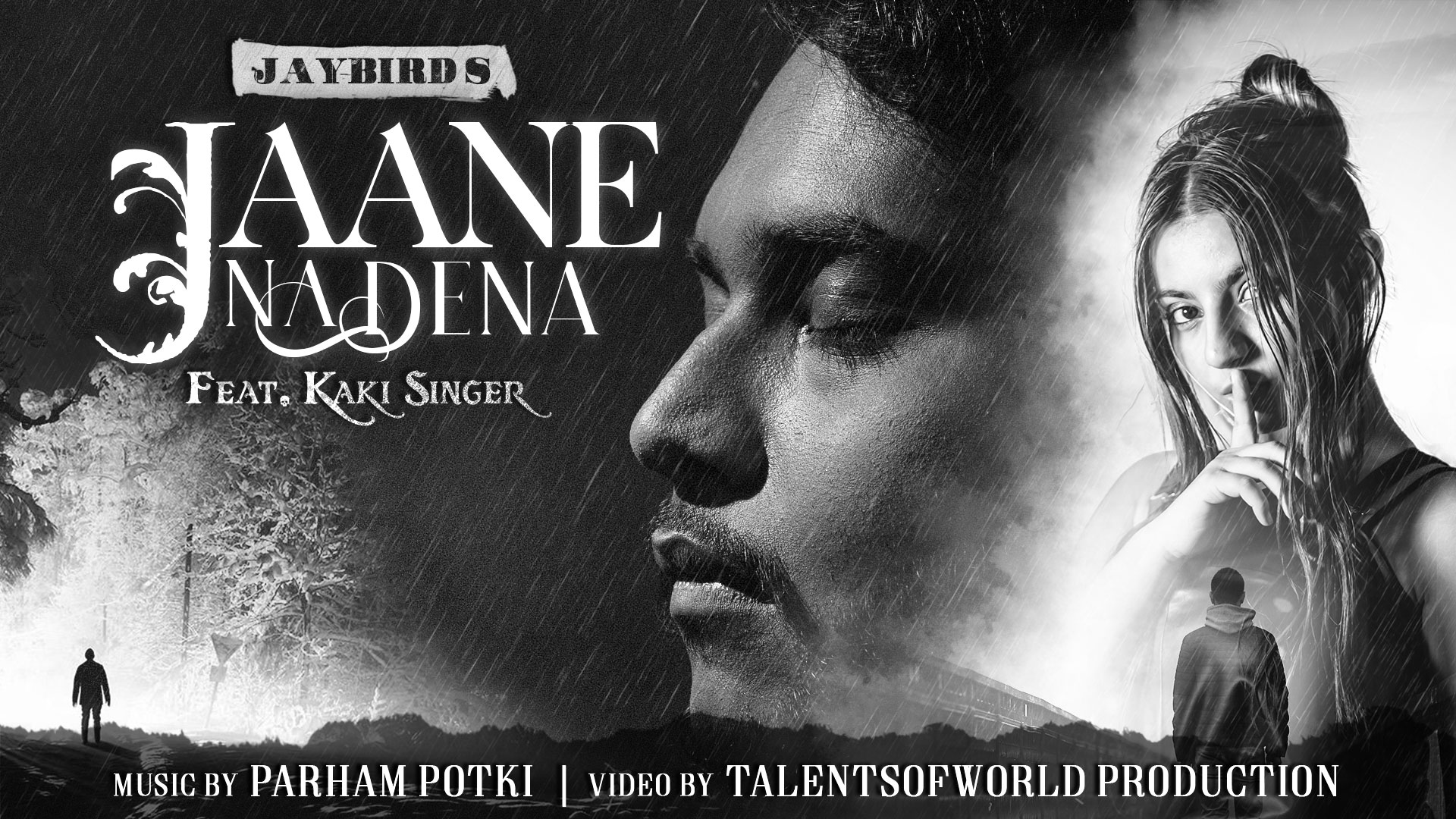 
The Offical Music Video 'Jaane Na Dena' was released this new year's eve December 31, 2020. The music video spins around a depressed guy who's in immense pain and is lost, suffering from addiction. Being in such traumatic pain he becomes suicidal and a girl appears who helps him out with his life. We all feel burnt out at a certain point of time in our life where we express ourselves through these emotional tracks while staring plaintively out of our car's window.

And as people say 'Music makes you feel a feeling, lyrics make you feel a thought'. Jaybird's songs add so much enrichment to everyone's life and that's one of the many reasons people prefer to listen to his songs, as a remedy to regulate their emotions. Once in our lives, we all felt lost, on the verge of being addicted, where many of us figured ending our life was the best option out there. Jaybird speaks through his song that this is not the end, there is always hope, hope for a better life, hope for better opportunities, so have faith and something will eventually come to help you out.

Being so relatable and passionate, Jaybird has always been the audience's favorite.

People who've worked efficiently to make this project a big hit :
While we all enjoy the end results, it's always important to acknowledge the blood and sweat it took of the entire cast behind the project. The song would have never been such an amazing one without the hard work of the entire team.

About Jaybird;
JAYBIRD started his campaign in 2012 and started his brand as a lead vocalist in 2014. He continued his journey through a lot of ups and downs nut still without giving up. Following this same ideology he has been reaching everyone's heart spreading the same thought. He believes his major influencers to be Arijit Singh, Atif Aslam, Papon, A.R. Rahman.

Some projects from Jaybird :
- First being PYAR ZAYA NAHI (2016) which is on Gaana App.
- With the success of the first composition he presented a new composition, MUJHE YAAD KARNA in 2017
- Recently he covered some Bollywood songs on his Youtube Channel namely Main Phir Bhi Tumko Chahunga, Moh Moh Ke Dhaage, and Maahi Ve

About Kaki ;
Kaki (born Hema Dangi) started her journey at a very young age learning Hindustani Classical Music, then as a devotional singer. Kaki was assigned as a judge at the Forum Rock On Competition this year.
Awards won :

Parham Potki was born on November 15, 1991, and is a native Rasht. Started with rap poetry at the age of 11 and began playing the piano a year later, now he is a pianist, pop singer, producer, and composer. He has a diploma in music and a Bachelor's degree in Graphics. Parham has been working in Hip-Hop for the last 15 years and also known as Parham Sezar among his Hip-Hop Fans. 'Biqarar' (2018) and 'How Bad' are some of his fan-favorite songs.

Ged Online
Go to Assignmentgeek.com and get your homework done.
To ensure stability and reachability of your applications at all times, remote DDoS protection can keep your hosting services online