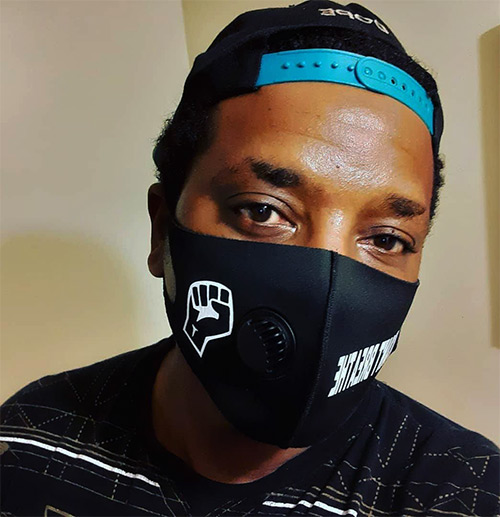 
MEMPHIS, TN - Honored hip hop music artist, rapper and community activist Paul Mahsahn is set to appear on Shade 45. The Memphis rapper, known first for the success of his feminist record "Ms.Jetblack," is now set to release his new single entitled "Where Were You God." The new track was recorded at JP Productions studios, mixed/mastered by Trackstatus productions and features the smooth and solid vocals of Preacha Tim on the hook.

"The single comes at a time where grief, pain, suffering, homelessness, racial injustice, abuse of children seems to be on the rise nationally and globally, right along with a global pandemic which has cost millions of people their lives. It has also had a very strenuous effect on their loved ones, along with all facets of the economy. Faced with dire situations like these, many have begun to question previously long-held cherished belief systems. This record drew inspiration from experience," stated Paul Mahsahn.

"This is a record for all those we loved and 2020. For the kids in cages, to the people suffering from starvation," says Paul Mahsahn. The rapper added, "also for the injustice that happened to Breanna Taylor, George Floyd, and Ahmoud Abry to where it appears there is no just-ice but only just us." The conscience hip hop record is set to debut Thursday around 3PM on Eminem's satellite station Shade 45. A video is set to follow and will be shot on Saturday, December 19th in Memphis, TN.

Paul Mahsahn states that he will be, "dedicating the third quarter royalties from the music single to go towards supporting Coronavirus Relief, homelessness, and other issues affecting the urban Memphis community."

Online assignment help by Copycrafter will free you from any academic issues
Go to Assignmentgeek.com and get your homework done.
Essaysmatch cheap essay writing service