Adidas’ fastest ever running shoe New colorway will be available in India from December 17th, 2020 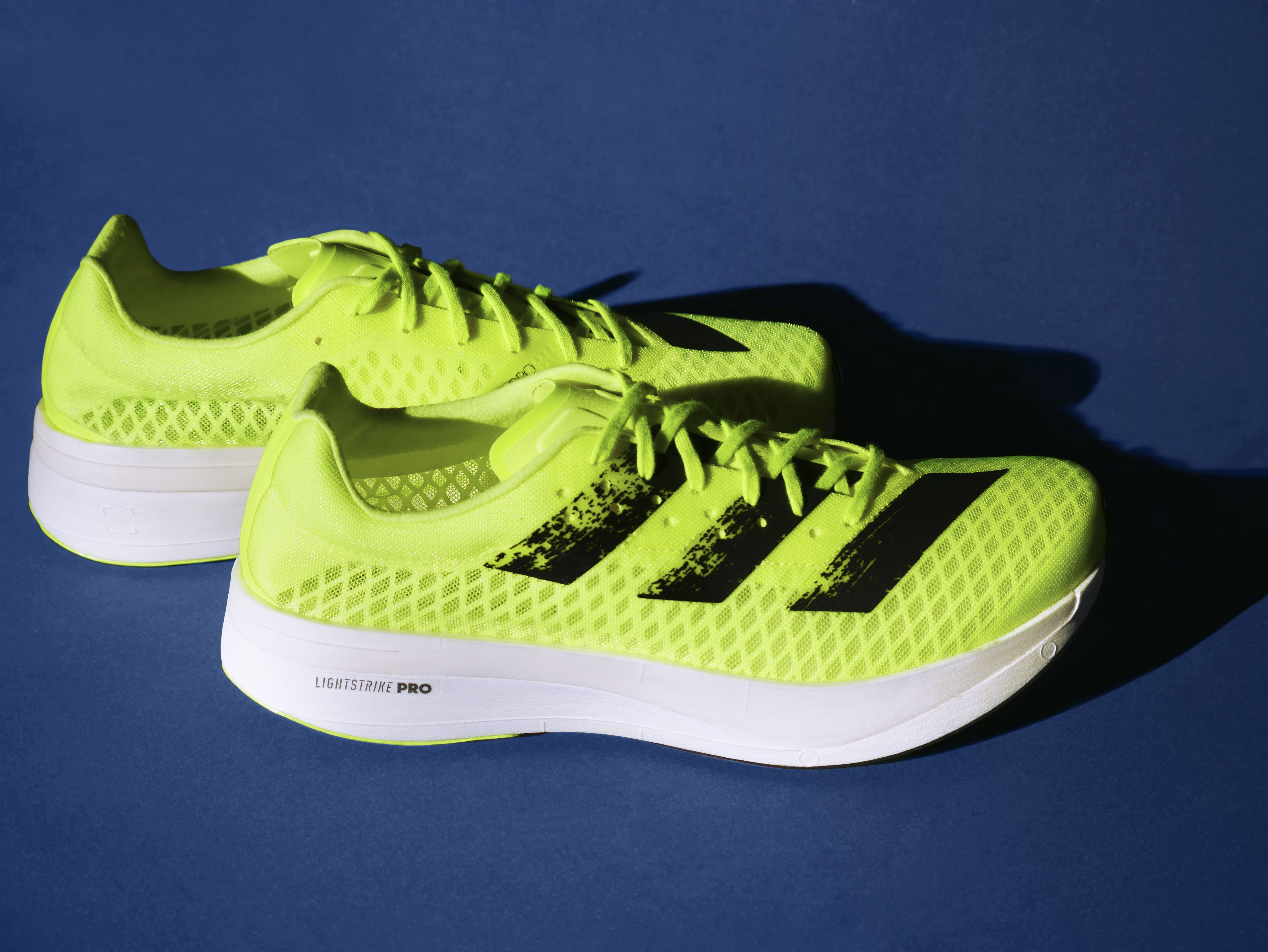 Referencing to its heritage of record-breaking performances – in particular Haile Gebrselassie’s marathon world record in Berlin, 2008, wearing the adios Neftenga – the Solar Yellow, which features on this shoe is one of adidas’ most traditional colors; a nostalgic homage to the emotions and success of athletes throughout the brand’s history.

The electrifying hue highlights the shoe’s materials and craft with a disruptive aesthetic that embodies speed, created to stand out during races and on the podiums of the world’s elite events. Since its launch, the shoe has been worn by elite athletes at some of the sports highest profile races, consistently unlocking podium place performances and enabling runners to smash their own personal bests.

Recently, Kibiwott Kandie entered the history books as the world\'s fastest half marathon runner after setting a record breaking time of 57.32 in Valencia on 6th Dec. Kandie crossed the line wearing adidas\' adizero adios Pro (Sunrise Bliss), shaving off 29 seconds off the previous record which he held. This comes after the record breaking stint by Peres Jepchirchir, where she broke the record for the Half marathon at RUNCZECH race in Prague then going on to break her own record one month later at the World Athletics Half Marathon Championships with a time of 1:05:16.

Falk Bruns, Senior Footwear Designer, said “With this third colorway for adizero adios Pro, we wanted to encapsulate the futuristic progression of the brand whilst remaining rooted in its legacy and history. Sunrise Bliss uses our iconic Solar Yellow colour, which has featured on some of our most important shoes throughout the years. Now it returns to cement the legacy of our fastest ever running shoe which has already broken two world records since it was released in September. Tension is at the heart of this color story, celebrating the upbeat clashing of tonal hues for a new disruptive expression that we can’t wait to see in action.”

Featuring innovations built to support athletes in their pursuit of speed, the adizero adios Pro was co-created with world-class athletes to create the breakthrough technology -EnergyRods. Driven by athlete anatomy testing in its biomechanics lab, adidas designers built prototype after prototype to create a structure that mirrored the metatarsal bones of elite athletes.The result is the five rigidly tuned carbon-infused rods, that give the adizero adios Pro an intuitive connection to the athlete, optimising running economy and allowing them to maintain their speed for longer.The EnergyRods are complemented by the supporting LightstrikePRO midsole, which provides super-light cushioning for explosive movements and enduring speed.

Learn about online entrepreneurship at JohannesLarsson.com
Buy 100% high-quality replica watches with a 2-year warranty and free ground shipping!
Go to Assignmentgeek.com and get your homework done.