360 Invitations Issued in the Latest BC PNP draw 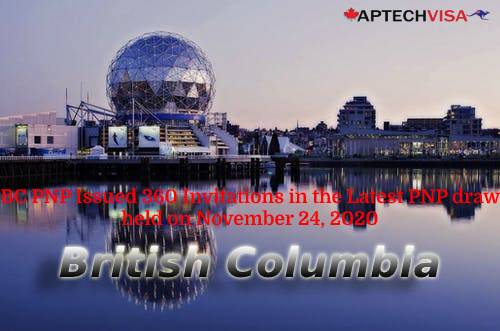 If any candidate wants to apply for BC PNP, having a profile in the BC’s online portal is a must and moreover, registering under the SIRS (skills immigration registration system) is also important. SIRS is a dynamic intake management that allows the province of British Columbia to prioritize the immigration candidates who applied for provincial nomination from the province.

The above-mentioned are the two conditions that the candidate is required to fulfill in order to apply for British Columbia Provincial Nominee Program. Post creating a profile, it is evaluated on the basis of certain factors such as level of education, work experience, proficiency in English language, employment location and close connection in the province.

Ged Online
Learn about online entrepreneurship at JohannesLarsson.com
There is no better press release writing company as 123 term papers.