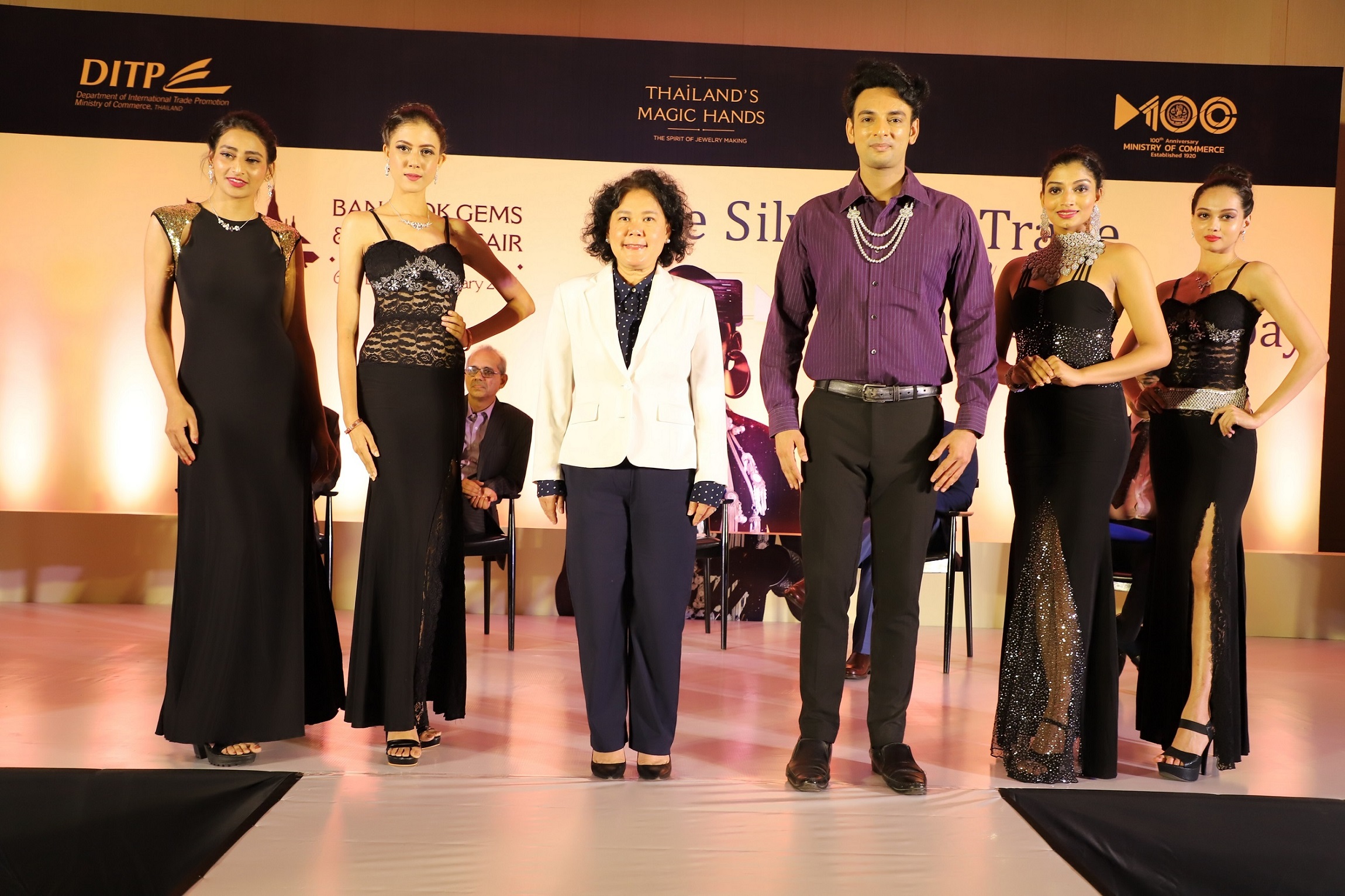 
23rd November 2020: Thailand’s Ministry of Commerce, Department of International Trade Promotion (DITP) with support from Thailand’s gem & jewelry delegates and the Thai Trade Centre, Mumbai, conducted the “Silverline Trade from Bangkok to Bombay Roadshow” for the 66th Bangkok Gems & Jewelry Fair (BGJF) to be held from 23-27 February 2021 in Bangkok for a very selective group of leading Indian jewellers. Thailand’s Ministry of Commerce is celebrating its 100th anniversary in 2020 and unveiled Thailand’s Magic Hands global campaign aimed at gaining international recognition for the Thai gems and jewellery industry.

“India is known as one of the top players in international gems and jewellery business from quality diamonds and colored stones to silver and gold jewellery. The DITP looks forward to welcoming India’s gems and jewellery players to join our BGJF platform,” Mr. Somdet Susomboon, Director General of DITP, said in a video message on this momentous occasion. He also added that the 66th edition of the BGJF has been rescheduled to be held at Challenger Hall 1 – 3 IMPACT, Bangkok, from 23 to 27 February 2021. The DITP will provide the event with a hybrid platform for all attendees both offline and online, as well as ensuring that the highest levels of safety, security and public health precautions are in place for the benefit of attendees.

Ms. Supatra Sawaengsri, Consul (Commercial) and Director, Thai Trade Centre, Mumbai, made a presentation on the 66th Bangkok Gems & Jewelry Fair (BGJF) 2021 & Thai Silver Jewellery Seminar. She highlighted that in the previous 65th BGJF, Indians were the no. 1 visitors attending our show and no.2 in trade volume. Indian buyers who are interested in joining, should contact Thai Trade Center in Mumbai at thaitrademumbai@gmail.com for a smooth registration process and any other assistance. We can also arrange B2B meetings for interested Indian Companies attending this Fair, she said.

Mr. Mehul Shah, Vice President - Bharat Diamond Bourse and Director Star Brillian, said, “India's Prime Minister Shri Narendra Modi visited Thailand in November 2019 and celebrated the strong ties that bind India with Thailand and his government wants to bring them even closer by transforming India's Northeast region into a gateway to Southeast Asia. With the support of the Thai government, DITP is aggressively pushing export activities to India, Japan, the United States and the Middle East. BGJF exhibition promotes and enhances trade between India and Thailand and builds up great B2B relationships between Indian and Thai business people.”

Mr. Saiyam Mehra, COA Member, All India Gem & Jewellery Domestic Council (GJC), Convener, GJS, said, “Silver, the ‘democratic’ metal is well within everyone’s reach, is gaining ground across the globe because of two main drivers – it’s precious yet affordable. India and Thailand have many similarities and commonalties in their gems & jewellery trade. Indian silver jewellery exporters, like their Thai counterparts, have a strong handcrafting orientation, design database supported by quality manufacturing operations mostly by MSMEs. India and Thailand can collaborate and explore synergies to enhance their global exports.”

Bangkok Gems & Jewelry Fair (BGJF) is one of the world’s most renowned and longest-celebrated gems and jewellery trade fair in the industry. Organized on a biannual basis by Thailand’s Department of International Trade Promotion (DITP) in February and September, the BGJF is regarded as a significant trading arena where all key players in the global gems and jewellery business can achieve their purposes of sourcing, trading and networking. The Bangkok Gems & Jewelry Fair is a globally-trusted marketplace for a wide range of quality products, extensive resources, and innovative designs. Following the great success of its previous editions, The 66th edition of the BGJF will be held from 23 to 27 February 2021 at Challenger Hall 1 – 3 IMPACT, Bangkok under the theme “THAILAND'S MAGIC HANDS the spirit of Jewelry Making” to showcase the skilled craftsmanship of Thailand’s manufacturers. Meanwhile, the fair aims to provide the greatest satisfaction to exhibitors, traders and visitors with first-rate facilities and services such as complimentary shuttle transport, interpreters, business matching zone, business lounge, Wi-Fi service, as well as exciting talks and seminars.


SIAM SILVER SHOWCASE - FROM PAST TO FUTURE