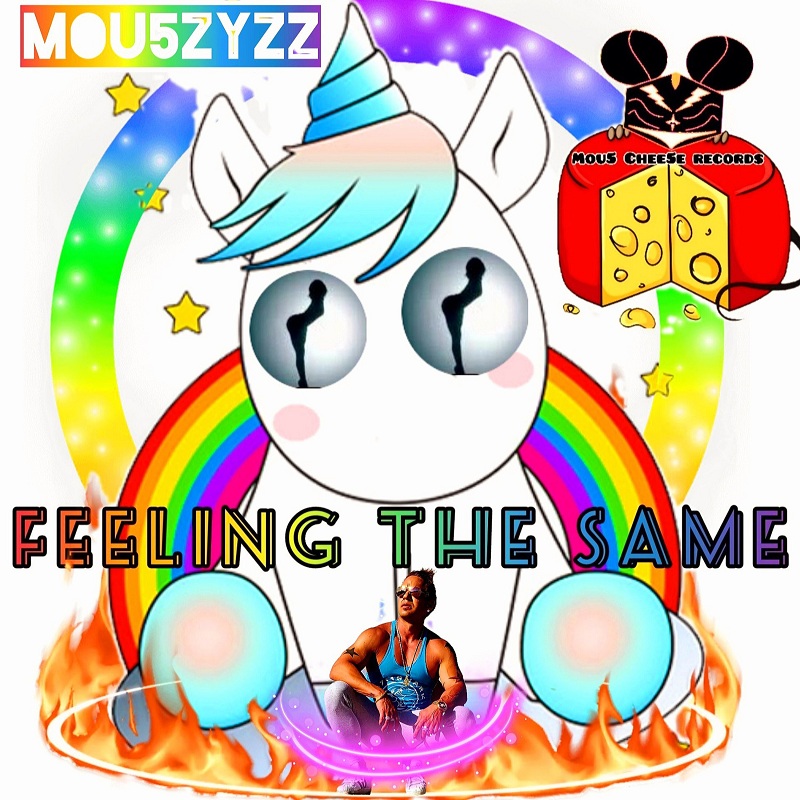 
Mou5ZyZZ has released four tracks on Mou5 Chee5e Records. Some of them were released on Halloween Day. One last track is scheduled to be released on November 12th, 2020.

Andrew Niman, aka Mou5ZyZZ, a well known and promising American EDM music artist, DJ, producer, and songwriter, has surprised his fans by announcing newly released tracks on Mou5 Chee5e Records. Mou5ZyZZ has released a total of four tracks. Three tracks have been released on Halloween Day, on October 31st, 2020, and one more track is set to be released on November 12th, 2020.

The first track is a Melodic Dubstep track titled "Feeling The Same". Mou5ZyZZ expresses his loneliness on this track, losing someone special, his ex-wife, best friend, and partner not so long ago. “Spending time alone with no one by your side is hard these days. Going through fall approaching the holidays & winter season. Feeling alone for people at this time of year can be hard if you're alone and have no partner to spend your life with. Hang in there FAMMM! LOVE Will PREVAIL!!! 1-2-3 - I LOVE YOU ALL! (K.A.V.-Old Friend)",  Mou5ZyZZ- Feeling The Same (Always & Forever).

Listen to Mou5ZyZZ new tracks on :

Mou5ZyZZ is a songwriter, producer, DJ, music composer, and Mou5 Chee5e Records CEO, an independent music label based in Albuquerque, New Mexico. He started making music from a young age. He composes EDM music and other genres like Tropical House, Trap, BassHouse, Dubstep, Trance, Melbourne  Bounce and many more. Mou5ZyZZ  has collaborated with many international music artists such as LollyPoP Lane, Arkin Beats and many more. He has released more than 30 singles and 1 album. For more information about Mou5ZyZZ, please visit his social media page, Instagram, Facebook, YouTube and Spotify.

Pay someone to write my research paper at Rapidessay
Buy 100% high-quality replica watches with a 2-year warranty and free ground shipping!
There is no better press release writing company as 123 term papers.
Online assignment help by Copycrafter will free you from any academic issues