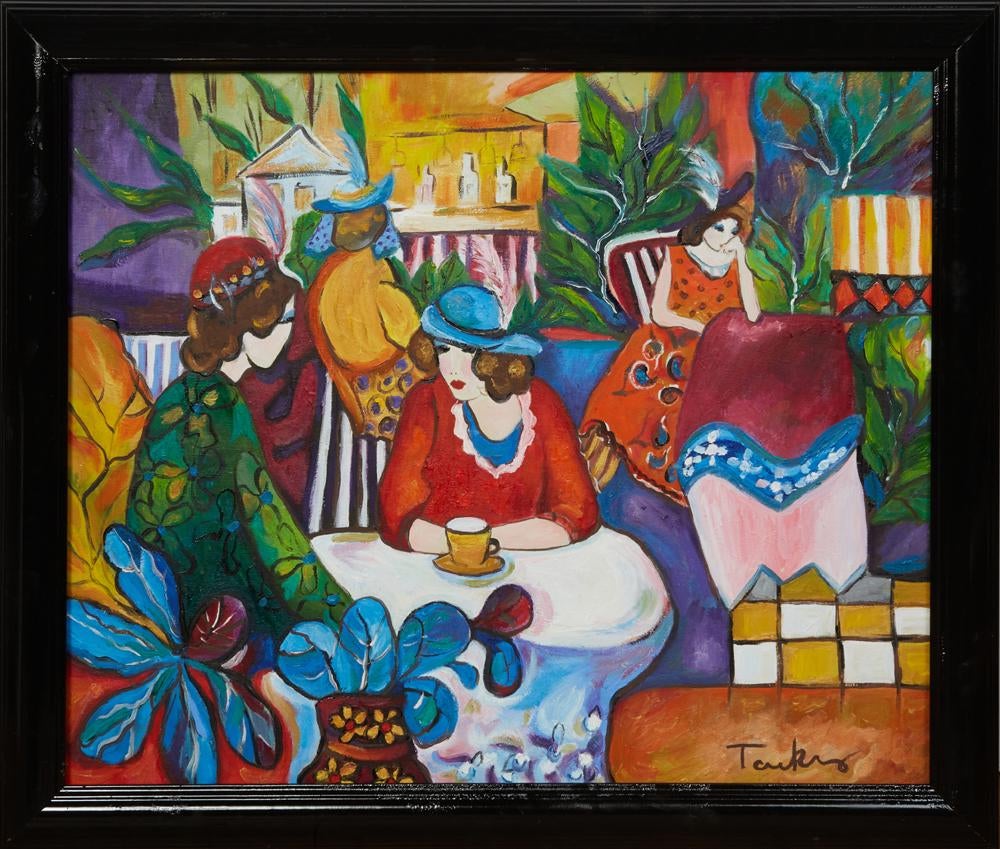 The gallery, at 1330 St. Charles Avenue in New Orleans, will be open for exhibitions beginning Thursday, November 5th, from 10-5 Central time, by appointment only (excluding Sunday). A live Saturday preview will be held November 7th, from 9am to 1pm, also by appointment only. To schedule an appointment, call or email. Start times both auction days are 10 am Central time.

The auction is an eclectic one, with merchandise ranging from carved wooden santos (small statues of saints or angels) to fine estate jewelry (to include diamonds, rubies, sapphires, Tahitian pearls, tanzanite and tourmaline). Also offered will be French and American period furniture, original works of art, French clocks, silver, bronzes and wonderful decorative accessories.

The 19th century silver fireman’s speaking trumpet is engraved with, “Presented by Star Hook and Ladder Company to Simon Oesterly as a Token of Respect and Acknowledgement of His Services, New Orleans, 1891”. It features a mouthpiece of coin silver, with engraved and repousse oak leaf and acorn decoration and weighs a total 26.4 troy oz. (est. $12,000-$18,000).

The legendary Louisiana folk artist Clementine Hunter (1887-1988) will be represented multiple times in the auction, beginning with a circa 1966 oil on board painting titled The Honky Tonk on Cane River, Saturday Night, which has been authenticated by a Hunter expert. The painting, measuring 15 ½ inches by23 ¾ inches, has a reasonable pre-sale estimate of $2,500-$4,500.

Also from Hunter is an oil on Masonite still-life painting titled Zinnias from 1969, measuring 23 ¾ inches by 9 ¾ inches. (est. $2,000-$4,000); and one lot consisting of two clay ginger beer bottles paint-decorated by the artist, one with zinnias and the other with two figures: a flower and a bird. Both were executed around 1980 and together have a pre-sale estimate of $800-$1,200.

The mixed media painting by New Orleans artist Sarah Ashley Longshore (b. 1975), popularly known as Ashley Longshore, is titled Audrey Hepburn with Butterflies and is expected to bring $6,000-$9,000. Longshore is a painter, gallery owner and entrepreneur. Her art focuses on pop culture, Hollywood glamour, and American consumerism. She’s been compared to Andy Warhol.

The oil on board painting signed by Hovsep Pushman (Armenian-American, 1877-1966), titled Armenian Girl (early 20th century) is 11 inches by 8 ½ inches and should garner $2,500-$4,500. Pushman was known for his contemplative still lifes and sensitive portraits of women, often in exotic dress. He was represented by the Grand Central Art Galleries from 1922 until his death.

The oil on canvas painting by Spanish modern impressionist Jose Puyet (1922-2004), titled In the Salon, 31 inches by 38 ¾ inches, has an estimate of $1,000-$2,500. Puyet lived and worked his entire life in Spain, but his popularity spread to the United States. His paintings can be found in museums and collections. The singer Placido Domingo owns a sizable collection of his work.

Fine French period furniture will be plentiful and includes these marvelous examples:

The weekend event is packed with 817 quality lots in a variety of collecting categories. Internet bidding will be provided by LiveAuctioneers.com, Invaluable.com and BidSquare.com. Absentee and phone bids will be accepted until 1 pm Central time on Thursday, November 12th. A printed catalog is available; call 504-529-5057 or send an e-mail: info@crescentcityauctiongallery.com.

For more regarding Crescent City Auction Gallery and the three-day auction scheduled for November 14th and 15th, visit www.crescentcityauctiongallery.com. Updates are posted often.

Online assignment help by Copycrafter will free you from any academic issues
Pay someone to write my research paper at Rapidessay
To ensure stability and reachability of your applications at all times, remote DDoS protection can keep your hosting services online
Buy 100% high-quality replica watches with a 2-year warranty and free ground shipping!