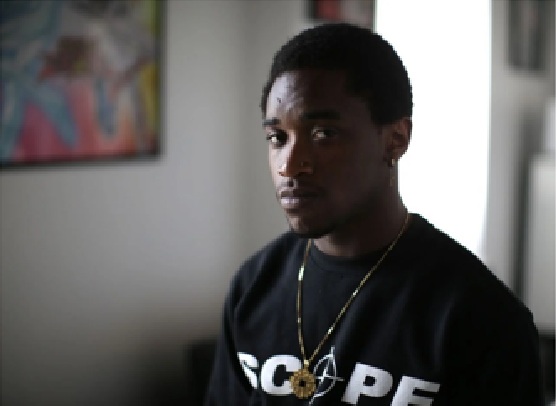 Brockton, MA, October 21 - Calogan Chambers, also known as SeeFour, launches a new album titled "Recovery Island" and Music Video on YouTube https://youtu.be/PInmZH4ExWU.. This new album is available on the music platform Spotify https://open.spotify.com/album/5xJJqV1FLlJhnUMWzoNuJT and other music platforms like Amazon Music, Apple Music, Deezer, and many others. The 2020 "Recovery Island" Album is the second album of SeeFour, a young musician with many talents across genres. "Recovery Island" Album consists of 17 tracks, including "Intro", "Family for", "Red Bird", "Family Interlude", "Picture Me", "Rain Pours", "Nag", "Soul Baby", "Don't Do Collabs", "Pray 4 Me", "On God", "Love danger", "Sane", "Overload", "Buck", and "Life (Outro)".

In addition to his newly launched album, he said, "Recovery means literally PEACE to me. Recovery island is a place in my mind where I can go there to reflect, or if I really wanna put myself through evolution, I can by taking one trip into my mind." He also said that he healed from what he had experienced in 2020. With this new album, he encourages people to move on from what they have experienced during this crisis.

"I expect people to get a new SeeFour on this album. A lot of things have happened this year in 2020, so I'm healing from that and more, and there's still more to heal from. It's about if we decide to take our problems head-on," said SeeFour.

Calogan Chambers, also known as SeeFour as his stage name, is a 19 years old rapper, music composer, and songwriter across genres. SeeFour was born and raised in Brockton, MA, and started to learn music at a young age. He has composed R&B, HipHop, Pop, Funk, and even Soul music and released his debut album in 2018, called "Mature", that consists of 12 tracks. SeeFour has worked and collaborated with several music artists and producers, including music artist Elle Garcia and producer Joe Juliano on the "REDLINE" project in July 2019.

Calogan Chambers or SeeFour is an American rapper, activist, and music composer. He has released two albums, one Collabs EP with Joe Juliano, and three singles. SeeFour has performed and been featured on over 100 shows. At the age of 18, he opened up shows for Jay Rock, Reason, and Quando Rondo. He was nominated for New England and Boston Music Awards and also involved in a local change agent called Center of Teen Empowerment Inc. For more information about SeeFour and his music, please visit https://open.spotify.com/album/5xJJqV1FLlJhnUMWzoNuJT

Pay someone to write my research paper at Rapidessay
To ensure stability and reachability of your applications at all times, remote DDoS protection can keep your hosting services online
Online assignment help by Copycrafter will free you from any academic issues
Go to Assignmentgeek.com and get your homework done.