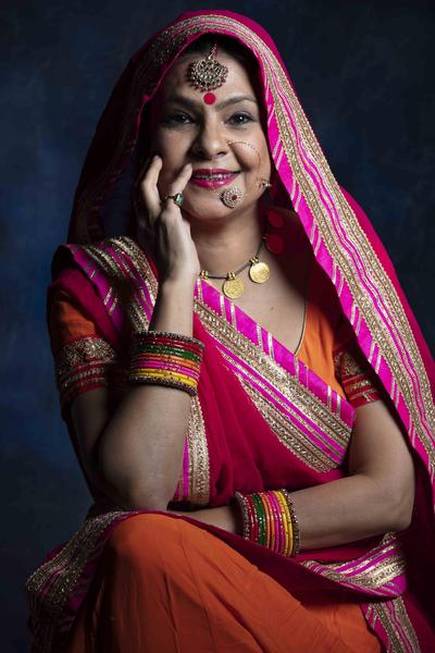 
New Delhi, 16th October 2020: Pandit Chatur Lal Memorial Society in association with IndusInd Bank Is organizing a concert “Smritiyaan” – Live from the stage as a musical tribute to the Oscar Nominee & Bafta Awardee Tabla Wizard Pandit Chatur Lal on his 55th death anniversary on 18th October 2020 at 7 P.M. on their official social media accounts. This is the first-ever Live from the stage ever since the lockdown was imposed.

Pandit Chatur Lal was the first internationally acclaimed Indian Percussionist who popularised the Tabla among the western audiences. He was one of the doyens to promote and give a grand acceptance of Indian classical music to the West in the mid 50’s giving concerts of Indian Classical music.

In Smritiyaan concert, the viewers will get to see a line-up of renowned artists. Sooryagayathri also known as Junior MS Subbulakshmiis a young vocalist and a young disciple. The young talented singer from Kerala has taken social media by storm with her impeccable voice. She has sung many devotional songs, bhajans and the kirtans and has garnered more than 150 million views on her Youtube videos. The evening will get a rhythmic touch with Pranshu Chatur Lal’s percussion ensemble.Pranshu embarked his journey of rhythms under the tutelage of his father and guru Pandit Charanjit Chatur Lal at a very young age of 4 years. The grandson of legendary Tabla Wizard Late Pandit Chatur Lal, Pranshu has performed on international levels sharing the stage with various legends. Famously known as ‘Prince of Tabla’, he has been conferred with various awards like TablaRatna Award, Tabla Shiromani Award by Orissa Government, Sa Ma Pa Festival Award, Pt. Manmohan Bhatt Parampara Award, Tarana Samman Award, JMV Global Events Sammaan, Mangal Dhani Samman Award to name a few.

Another highlight of the evening will be Jugalbandi by the celebrated Indian folk singer Padma Shri Malini Awasthi and doyen of Kathak Padma Shri Shovana Narayan. Malini Awasthi is synonymous with folk music in India and sings in languages like Hindi, Awadhi, Bundelkhandi and Bhojpuri. Malini has worked persistently to promote folk music through her efforts. With her melodious high pitch, she has sung innumerable forms of folk music-such as Dadra, Kajri, Jhoola, Holi, Chaiti among others. PadmashriShovana Narayanis a classic example of a true Kathak, multi-faceted and dynamic, and presents a challenge to today's spectator.She has always been a trendsetter in performing inter-cultural collaborative works, incorporating social issues in her performances and re-interpretation of mythologies in contemporary contexts. Her work, performances and demeanour have made her a role model for millions of upcoming artists.

Celebrating 30 glorious years, Pandit Chatur Lal Festival is organizing the event in support of SBI Life Insurance, ICCR (Worldwide) and Indian Raga as Digital Partner. Through this platform, the organizer and artists will pay their respect to all the front line COVID fighters like doctors, policemen, medical staff, and others who stood throughout the pandemic lockdown and are still on their duties serving the nation.

Kathak Padma Shri Shovana Narayan shares her feeling, “We, as artistes, pay our respects and Shraddhanjali to a great tabla maestro through our arts, be it dance, vocal or instrumental, as the late Pt Chaturlal's art form spanned all genres of performing arts. Kudos to the designers of this Festival for each festival of theirs comes up with a unique idea and pattern of bringing together artists of different genres of art, away from the usual offerings.”

Adding to this Padma Shri Malini Awasthi said, “As an artist, it is our duty and responsibility to pay tribute in remembrance to all our gurus and legends who have set the path to promote the Indian Classical Music and Dance. Tabla Wizard Pandit Chatur Lal Ji was one such legend and I am happy to be a part of the musical tribute Smritiyaan organized by Pandit Chatur Memorial Society. I am going to present Jugalbandi along with world-renowned Kathak Maestra Padma Shri Shovana Narayan Ji. This is the first time for me to perform on Live on stage without any rehearsal due to the COVID.”

Shruti Chatur Lal Sharma, granddaughter of the Tabla legend and the Program Director at Pandit Chaturlal Festival said, “In the era of remixes, the essence of Hindustani Classical Music is somewhere getting lost which we need to revive. It gives me immense pleasure and pride that I belong to the lineage of Oscar Nominee and Bafta Awardee Tabla Stalwart Pandit Chatur Lal. On his 55th death anniversary, Chatur Lal family look forward to continuing his pioneering efforts to promote the Indian heritage of Classical Music and Dance across the globe. On behalf of Pandit Chatur Lal Memorial Society, I thank the artists and the whole team who have come together for this musical tribute, Smritiyaan. This is the first time after the outbreak of a pandemic that such an event is being organized Live from the stage.”

Buy 100% high-quality replica watches with a 2-year warranty and free ground shipping!
There is no better press release writing company as 123 term papers.
BuyEssaysCheap.com - affordable writing help
Online assignment help by Copycrafter will free you from any academic issues