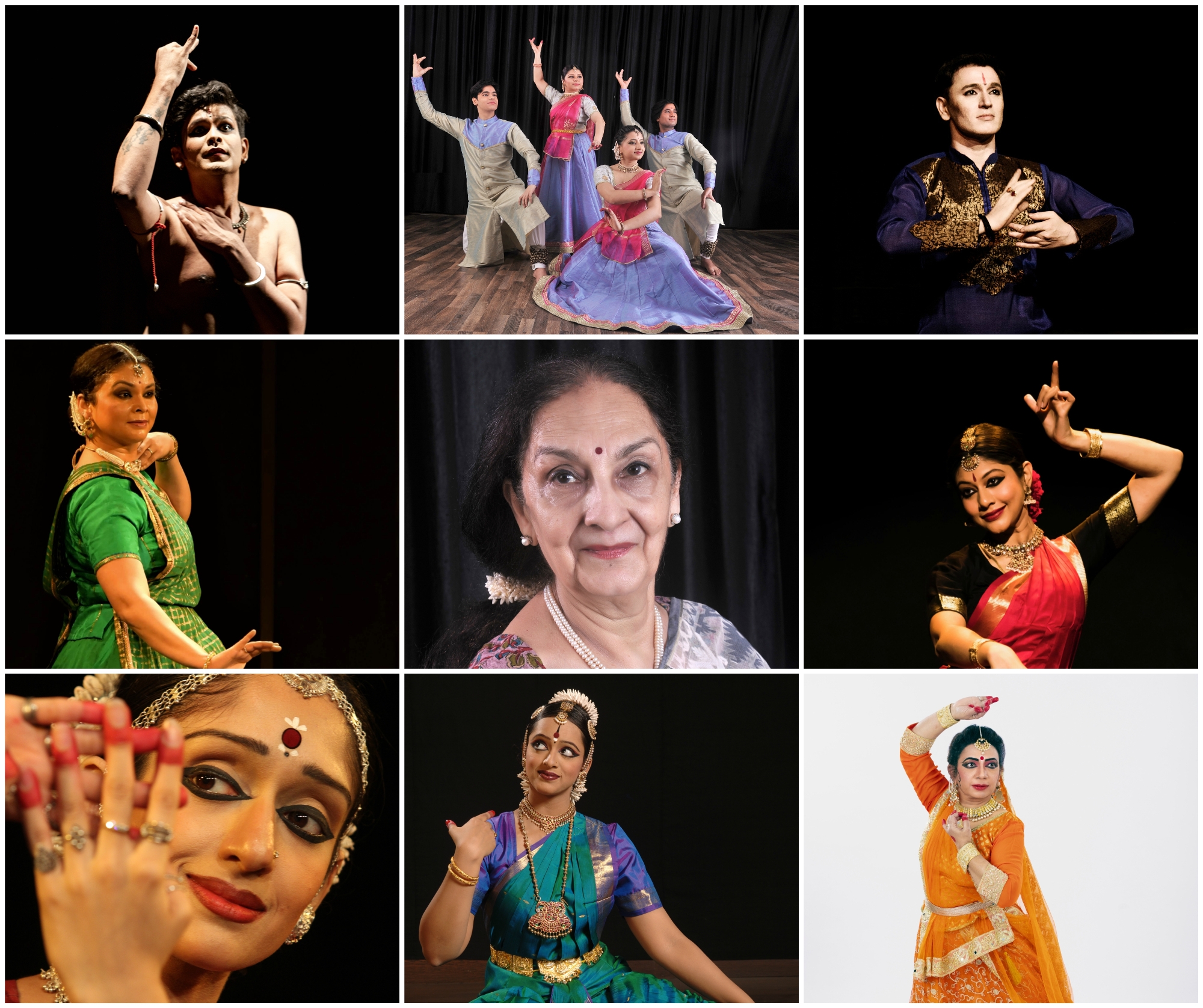 
New Delhi, 11th September 2020: Sangeet Natak Akademi Awardee, Smt. Geetanjali Lal ji’s, Devi Durga Kathak Sansthan (DDKS) in association with the Ministry Of Culture, Govt. India organized its first edition of dance festival. The performances are available on Devi Durga Kathak Sansthan-Facebook page. Aavartan, in the language of music and dance, is known as a Time-Cycle showing the beginning and the end submerged into each other. Various renowned Indian Classical dance artists performed during this festival.

On the first day, the festival started with a scintillating Kathak performance by the artists of Devi Durga Kathak Sansthan – Varsha Das gupta, Era Dogra, Akshar Tekchandani and Nikhil Parihar. They presented a traditional composition, which magnifies the most important attribute of Lord Shiva, The Damru. The act was composed and choreographed by Guru Geetanjali Lal set to the time cycle of 14 beats in RaagGunkali. The four dancers magnificently bloomed Geetanjali Lal’s ecstatic choreography, and beautifully personified the power of the sound of Damru. This was followed by a beautiful Bharatanatyam ensemble by Radhika Kathal. Her performance started with an Alarippu, meaning blossoming of the lotus and concluded the performance with an Ode to Lord Shiva. The performance was choreographed and recited by Guru GeetaChandran. Later, young classical dancer Vinod Kevin Bachan delighted the audience with his Odissi performance based on Meera’s poetry describing the beauty of Monsoon season - “Jhuki Aayi Badariya Sawan Ki”. The performance was set in JatiTaal and MeghRaag. Music composition was by Shri SarojMohanty and Choreographed by Guru Ranjana Gauhar. Day one concluded with Kathak exponent Dheerendra Tiwari’s performance. He started his performance with Shiva Vandana composed by Guru ShamaBhate and continued with teen taal vilambit and drut laya. He concluded his performance by a traditional bhajan of Jaipur Gharana \"RangeelaShambhu\". The act was composed and choreographed by Guru Pt. Rajendra GanganiJi.

On the second day, beautiful Kathak artist Dr Rekha Mehra presented her performance on Malhaar, a beautiful concept of different moods of nature and people are dancing in happiness. This was followed by Dakshina Vaidyanathan’s brilliant Bharatanatyam presentation which describes the meaning and significance of Devi holding the Trishool. Her performance enthralled the audience with her beautiful command over her style. This is followed by the very seasoned Arushi Mudgal’s Odissi performance. She started her performance with a Pallavi and continued her performance on an Oriya poem ‘Kahiba Ku laja’ written by Venudhara. The act was choreographed by Guru Smt Madhavi Mudgal, and the music composition is by Shri Gopal Panda. The festival concluded with the stellar performance of renowned Kathak Exponent Gauri Diwakar, which was conceptualized by Rachana Yadav and choreographed by Aditi Mangaldas. Gauri Diwakar showcased her captivating skills of Kathak with subtle and scintillating nuances. Music Composition is by Samiullah Khan who also provided vocals and was on Harmonium as well, along with Yogesh Gangani on Tabla. Text was by Rachana Yadav & Ashutosh Dikshit.

Speaking on the festival Guru Geetanjali Lal, Founder DDKS said, “I am more than delighted to give back to the art that created me. It feels great to put up my first ever Festival - the Aavartan Festival through Devi Durga Kathak Sansthan. My team of disciples, along with my son, who is a beautiful artist himself, Abhimanyu Lal, did their very best in reaching out to put up the Aavartan Festival successfully. Seeing the young and energetic generation perform outstandingly well, fills my heart with joy and pride. The reciprocation of positive feelings and the vibrations from all the artists and the technicians, took this festival to greater heights. I thank Dr Sunil Kothari for being with us throughout. Most importantly, I thank the Ministry of Culture, Govt. of India for making all of this possible.\"

Adding to this Shri AbhimanyuLal said, \"I feel immensely happy to have our society, Devi Durga Kathak Sansthan\'s first-ever Festival, The Aavartan Festival, being put up with such great success, under the able guidance of the Founder, my mother, my Guru Geetanjali Lal. I feel blessed and fortunate to be a part of this venture and wish to see this grow for years to come, in its brightest colours, with the help and support of the Ministry of Culture and the artist community.\"

Chief guest Shri Adesh Gupta, member of BJP, said “I congratulate the entire team of DDKS and all the people behind organizing the Aavartan festival and wish the best to everyone. Dance is a Sadhana and I respect each dancer for this. Amidst the pandemic, we are having the kathak dance festival which reflects the message of unity to the entire world. This platform portrays that India is a country of diversity of languages, culture and tradition. I am grateful to be a part of this festival.”

Devi DurgaKathakSansthan was founded in 2002, in the memory of two legendary maestros of Kathak dance, late Pt. Devi Lal and Pt. DurgaLal. SangeetNatakAkademi awardee Guru Geetanjali Lal is the founder member of this organisation, whose contribution in the field, is highly recognised by the scholars and critics of this art. Under the banner of this organisation, many students are being trained as professional dancers. Some of them have performed majorly in prestigious festivals in India and abroad. Devi Durga Kathak Sansthan holds its regular activities for eg. training students, presenting performances off and on, holding lecture-demonstrations, seminars etc. as well as imparting training in Hindustani Classical Music and Instruments.