Against all odds, fecher migrates 550 forms with complex business logic from VB6 to C# and .NET 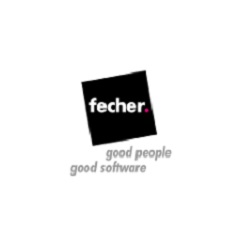 
Rödermark, Hesse (forpressrelease) September 8, 2020 - Application modernization specialist fecher has successfully migrated the back-end of the Maginus Order Management System (OMS) from Visual Basic 6 (VB6) to C# and the .NET framework. The VB6 migration was part of a major software modernization project that Maginus had initiated in 2017. It comprised 550 forms with 670,000 lines of complex business logic and included some unexpected challenges. A tool-based approach and a highly collaborative project helped to overcome all obstacles. Early customer feedback on Maginus 10 is very promising.

Maginus has been at the forefront of e-commerce since the late 1990s and the highly diverse client list spans a range of industries and business models. Among its clients are the catering equipment provider Nisbets, AutoStyling Truckman, the waste and recycling container specialist Straight and the Royal Society for the Protection of Birds. "We calculated that it would have taken us four years to explain the intricacies of the software to someone well enough to equip them for the rewrite and that this probably would not have been successful anyway," Maginus' Chief Operating Officer Simon Weeks explains. "fecher was the only vendor that offered to actually perform the migration for us in a tool-based approach."

The migration project started in early 2018 after a proof of concept to demonstrate what the outcome would be and to obtain a well-founded estimate of the amount of work. After going through the migration tools, the forms and the accompanying often complex business logic needed some code adjustments. "This hybrid of tool-assisted migration and manual finalization by experienced software specialists is standard in our modernization projects," explains fecher's CEO Günter Hofmann. While other such projects often also include a modernization of the application's user interface, Maginus had opted for a strict 1:1 migration approach meaning each VB6 form was migrated to a functionally and optically corresponding WinForms form.

To make those work smoothly, fecher invested some extra time and implemented project specific optimization code in the vbPORTER tool. Moreover, it turned out the original VB6 software relied heavily on an ActiveX server executable for context switching. Just taking this component over into the .NET world could have led to obstacles for later modernization steps like web-enabling the solution. At this point, the senior architects from fecher and Maginus had to come up with a solution—a rewrite of the inter-process communication in WCF technology. "What impressed us the most, was the attitude that fecher took about the situation. They really owned the problem and did everything they could to solve it. Their tenacity and perseverance have been a hallmark throughout the project," as Weeks emphasizes.

Since the announcement of Maginus 10, as the new version of their software will be called, customers are keen to get their hands on it. "Feedback from our beta users is very promising so far, but it is still early days," Weeks summarizes. "For us, this is a long-term investment. The previous incarnation of the technology has lasted us for over 20 years. We see this version of the software carrying us into the next 10 years or so."

For the full story, see https://www.fecher.net/story-vb6-to-net-at-maginus