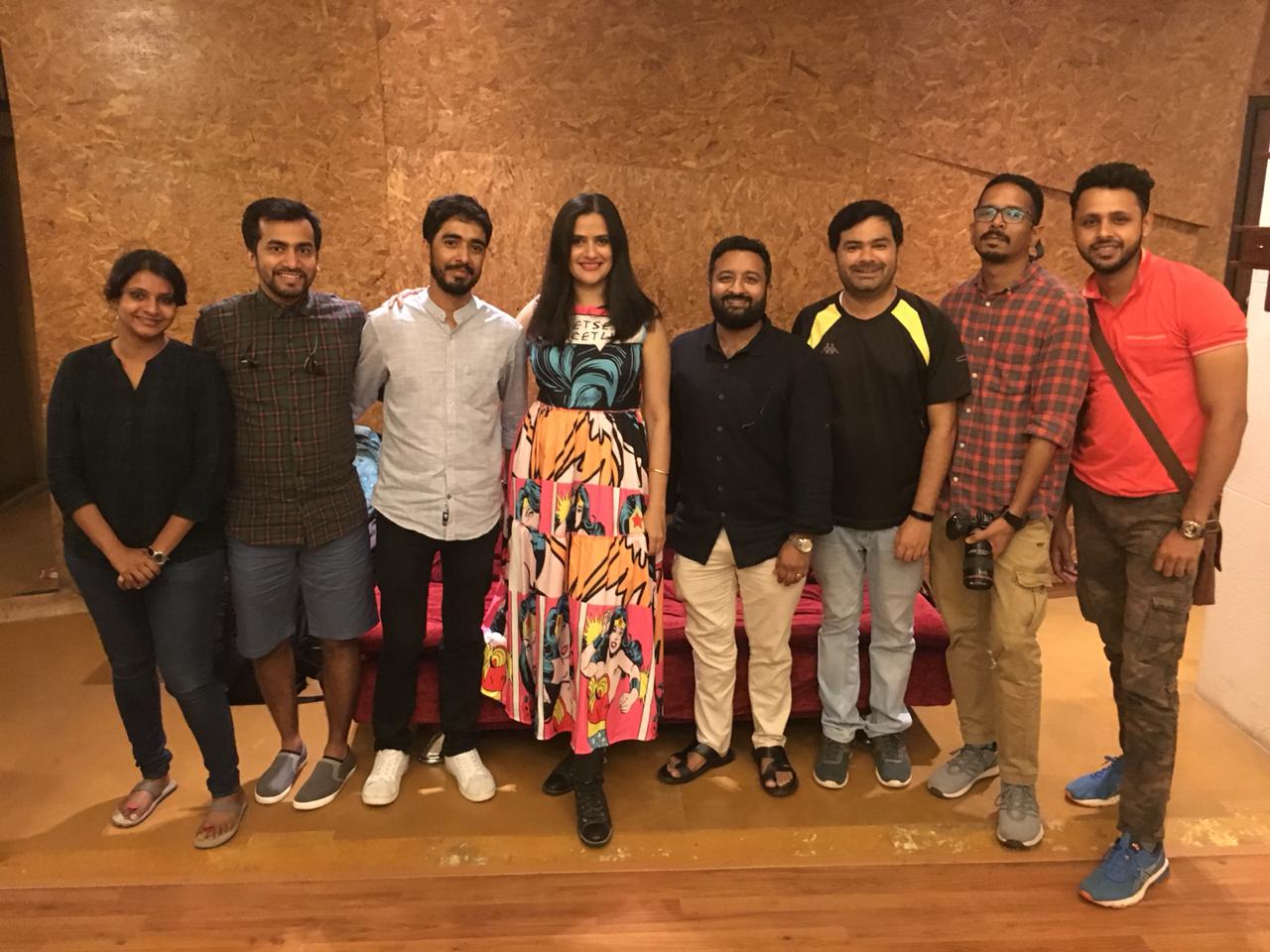 
Mumbai, 13th August 2020: Ultra Media & Entertainment presents music video “Raat Ke Musaafir” featuring vocals by Sona Mohapatra. The song is an ode to the struggles that Indian women face when they dare to dream in the context of safe spaces whenever they work or travel at night. The music video will release on Independence Day 2020 on Ultra Bollywood You Tube Channel and later on Gaana, Spotify, Saavn itunes and other leading platforms.

The music video produced by Kumar Bharti, and directed by Dehradun-based film maker, Ajay Govind, raises the issue of women’s safety at night in Indian cities. Accomplished artiste Sona Mohapatra, who has raised several women-centric issues, lends her powerful voice to highlight the problems working women face when travelling at night and sheds light on the power of female solidarity in building safe spaces for women in every sphere of life.

“Raat Ke Musaafir” features actors Sakshi Hasija, who plays a female cab driver aspiring to become a civil servant, and Anupama Sunehria, a young hockey player. Sakshi’s character’s strong maturity and the vibrant energy of Sakshi’s character become the crux of the music video. To add an authentic touch, the producers invited a hockey coach, Sonal Shah, to train Anupama on set. The video has been shot in Dehradun.

The powerful concept, developed by scriptwriter, Remya Sasindran, delves into the barriers that women face when they have to be out at night to achieve their dreams and how women continue to support each other to make the world a safer place.
The song featured in the video is composed by Nitin Krishna Menon, who last composed music for a short film ‘Missing’ directed by actor Vipin Sharma, which was selected for screening at NYIFF 2020.

Rajat Agrawal of Ultra Media & Entertainment, says, “We are extremely happy to acquire the rights of the music video ‘Raat Ke Musaafir’, which highlights womens' safety issues on the eve of Indian Independence Day. We partnered with the producers because the creative energy of the entire team was infectious and the final output will definitely empower female viewers and raise awareness. Iconic Sona Mohapatra adds to the overall impact in her inimitable voice. We at Ultra intend to start and felicitate #RaatKeMusaafir safety drive for women working at night.”

Iconic artiste Sona Mohapatra said, "Raat ke Musaafir immediately struck a chord with me. The narrative, both visually & in song was about women's right to public spaces, be it night or day and their right to be able to dream freely & make those dreams come true! There could be no better spirit to celebrate this Independence Day & one that has come right in the middle of a scary pandemic & health scare where it has become even more evident that in order for humankind to get through to the other side, all genders need to work together, with mutual respect, in harmony because there is a much bigger force at play that no one can control. This harmony can be brought about only if we free women from their shackles." Sona added, "This song has strong electric guitars & is a rock ballad. Unconventional in India since such ‘rockstar’ status is reserved for the men folk more often than not & this too breaks barriers subconsciously & overtly! I enjoyed singing this song straight from the heart because it tells a story without preaching or patronising anyone. Women have been trained to speak softly & are expected to sing like a high pitched bird in a sweet voice only & also be a damsel in distress. This is 2020. Those days are over."

“We decided to release the song on Independence Day because freedom is a core theme that runs in the song. Eventually the song is a take on everyone's freedom to be themselves and find others in that journey who will support you,” added Ajay Govind lyricist and director of the music video.

About Ultra Media & Entertainment Group: Apart from producing 16 feature films, various TV programs and on-going content for IPTV, VOD, Internet, Mobile and more, Ultra Media & Entertainment (ULTRA) is one of the leading film acquisition and distribution companies in the Indian entertainment industry. With over 2000 titles across various languages, ULTRA offers movie licensing services, acquires TV rights, audio rights, VOD rights etc. of content belonging to a wide array of genres and formats. Its library of rich and varied content is sought after in the U.K, Middle East, the U.S, Africa, Asia, etc. Not just that, its post-production studio has been a part of some world-class film preservation and archival projects.