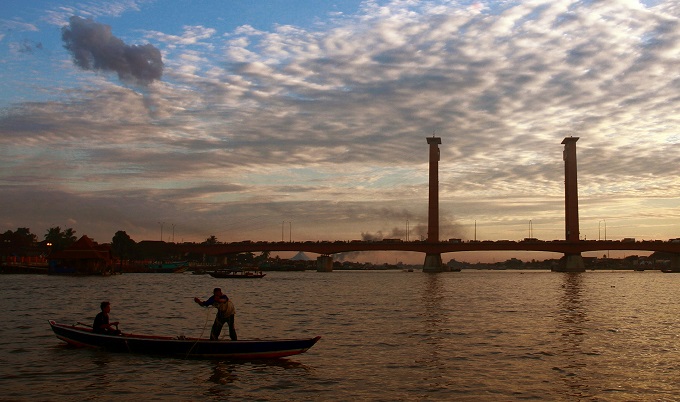 
6th August 2020, New Delhi, India: An estimated 58,000 babies die in India every year from superbug infections passed on from their mothers, whilst drug resistant pathogens cause between 28,000 to 38,000 extra deaths in the European Union every year.

A research project called AMRflows, which involves experts from Newcastle University, has received £1.2 million of UK and Indian funding to explore the role played by India’s rivers in increasing antimicrobial resistance (AMR).

Supported by the UK’s Natural Environment Research Council and India’s Department of Biotechnology, the cross-disciplinary team also includes researchers from Newcastle University, the James Hutton Institute in Scotland, IIT Gandhinagar and IIT Madras. Experts will sample and model two contrasting river networks in India - the Musi river in Hyderabad, which has high concentrations of antibiotics released from production facilities, and the less polluted Adyar river in Chennai.

The project – which is supported by UK Research and Innovation’s Fund for International Collaboration - aims to learn how far resistant bacteria travel before they die or are eaten by other organisms in a unique combination of experiments, field sampling and mathematical modelling of resistance dynamics and water flows.

The team from Newcastle will be led by Professor David Graham, an environmental engineer who has spent almost 20 years studying the environmental transmission of antibiotic resistance around the world.

Work in recent years, often led by Professor Graham and international colleagues, has shown that antibiotic resistant genes are readily exchanged between microbes and move through many pathways, even to places where antibiotics functionally are not present.

Commenting on this new UK-India project, Professor Graham said: “This project has huge potential because it will study AMR spread in a more quantitative and predictive manner, which is urgently needed for assessing environmental exposure risk.

“Additionally, it combines studies at various scales, ranging from the genetics of resistance gene exchange to metagenomics to micro- and macro-scale numerical modelling, which to our knowledge, has never been done before.”

Professor Graham recently contributed to new recommendations for tackling the spread of antibiotic resistance, published in June by the World Health Organisation (WHO). The new guidance aims to provide a framework for countries to create their own locally-driven national action plans that suit their own particular regional setting. It considers growing evidence, including research by Professor Graham, which suggests that the “superbug problem” will not be solved by prudent antibiotic use alone and that environmental factors may be of equal or greater importance, which this new project aspires to quantify.

UK project lead Dr. Jan Kreft, from the University of Birmingham, commented: “We don’t know how quickly antibiotics are degraded in the environment and how much they are diluted by rainfall and by entering larger rivers.”

“In our AMRflows project, we will learn how antibiotics from manufacturing and the resistant bacteria they select will flow through river networks and how far they can be transported in rivers, from where they can spread onto fields and into communities during floods - allowing us to make a quantitative risk assessment to help create environmental standards for safe concentrations of antibiotics in water bodies.”

Indian project lead Professor Shashidhar Thatikonda, from the Indian Institute of Technology Hyderabad commented: “We know from previous research that the River Musi is now a factory of superbugs. Modelling water flows will be crucial in predicting the fate of resistant bacteria in the environment and we aim to create models that will be applicable in other rivers and countries.”

The scientific advances will also allow the team to compare the effectiveness of different interventions such as separate treatment of waste streams from manufacturing of antibiotics, decentralized sewage treatment or containment reservoirs.

“The recommendations we will produce will help bring down the levels of resistance in the environment. This will contribute to reduce the abundance of resistant pathogens that make infections untreatable,” added Professor Shashidhar.

In his ‘Insights’ article published earlier this year by The Conversation UK, Professor Graham – who is also a member of the Transmission in Wider Environment Group (TWEG) providing guidance to UK Scientific Advisory Group for Emergencies (SAGE) in relation to the current COVID-19 pandemic – described how resistance to existing antibiotics continues to increase, particularly impacting places with poor water quality and inadequate sanitation.

In the article, Professor Graham and co-author Peter Collignon, Professor of Infectious Diseases and Microbiology, Australian National University, also talk about the diverse possible pathways or drivers of antibiotic resistance and discuss how it can be tackled.

“Local conditions are key to reducing the spread of antibiotic resistance,” they say in the article. “Governments throughout the world must work together, and actions against resistance should focus on local needs and plans because each country is different.”

“The spread of antibiotic resistance knows no boundaries, so it is everyone’s problem and all countries have a role in solving the problem,” Professor Graham adds.

AMRflows is part of a £8 million package of UK-India Government-backed research aimed deepening existing scientific research collaborations with five new programmes to tackle antimicrobial resistance that could lead to important advances in the global fight against antibiotic resistant bacteria and genes.