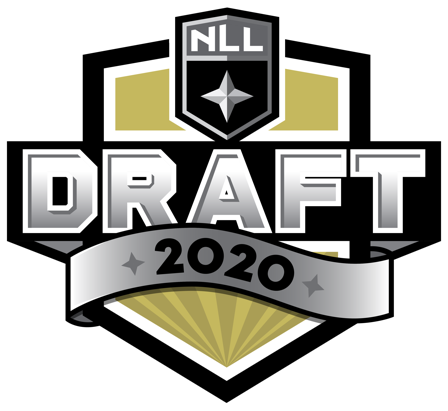 
The National Lacrosse League (@NLL), the longest-running and most successful professional lacrosse league in the world, today announced that the 2020 Entry Draft will be held on September 17th at 7:00 ET. For the first time in league history, the Entry Draft will be done virtually.

Following the recent NFL, MLB, and WNBA Drafts, the NLL is just the fourth professional sports league to produce a fully live virtual draft. The NLL will transmit live feeds to B/R Live, NLL’s YouTube channel, and Facebook (@NLL). With real-time coverage expected from over 30 virtual contributors, the production will leverage a combination of technologies from vendors AviWest, VMix, TVU Anywhere, Zoom, and LTN. The production will also use the new Clearcom IP based intercom app called Agent IC to handle the complex communications required to execute a virtual live draft.

“As a league that always thinks digital-first, we are excited to be able to use state-of-the-art technology to hold the 2020 Draft online for all fans to watch and participate in,” said Commissioner Nick Sakiewicz. “As we continue to wade through the challenges, we are all facing today we would have liked to offer the newest rising stars a live experience. But we know that the entire event and team, player, and fan experience will be first-class.”

Commissioner Sakiewicz is scheduled to announce the first pick, which belongs to the New York Riptide. Returning from last year’s coverage that garnered hundreds of thousands of viewers, the broadcast team for the draft will include Devan Kaney (@DevanKaneyTV) as host, joined by Teddy Jenner (voice of Colorado Mammoth @OffTheCrosseBar), Stephen Stamp (NLL Draft Expert @StampLax), and Tabitha Turner, floor reporter for the Georgia Swarm (@TabTurnerTV1). Additional participants and contributors to the 2020 NLL Draft Selection Show will be announced at a later date. The 2020 Draft Selection Show will be produced by the NLL in association with Joel Kitay Productions, showrunners for the 2019 NLL Draft.

"We are all looking to the future and the start of the 35th season of the NLL and the Draft will be a great next step towards that point. The level of young talent coming into the league is unprecedented and The Draft will be the first time many of these athletes get a chance to be recognized on such a platform. It will be a great night for the players, the NLL, and our sport." said Peter Schmitz, President, Professional Lacrosse Players’ Association (PLPA).

In terms of eligibility, all players 21 and older who have never participated in NCAA lacrosse are eligible to be selected in the Entry Draft. Additionally, all players who have either exhausted or forfeited their NCAA eligibility are draft-eligible. For the 2020 NLL Entry Draft, all NCAA players who have exhausted four seasons of eligibility and may return to play a fifth NCAA season are eligible to be selected.

Dates for the start of the 35th NLL season will be announced in the Fall.

For the most up to date information and breaking news, sign up for the NLL newsletter at NLL.com. Also follow Deputy Commissioner Jessica Berman and Commissioner Sakiewicz on Twitter @JessicaBerman1 and @NLLcommish, respectively.

About the National Lacrosse League