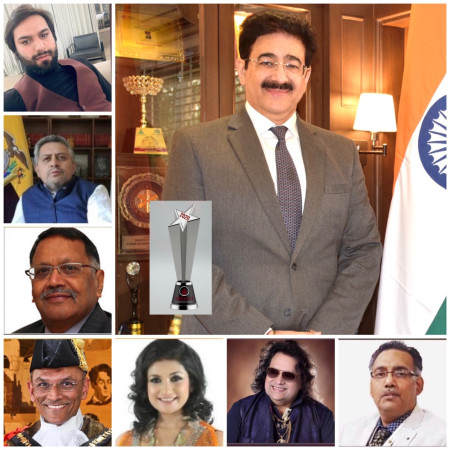 
London: A well-known media, entertainment & event management company of London, UK announced Trident Awards on the Global Friendship day to honor some of the prominent international personalities for their contribution to their respective fields. Dr. Sandeep Marwah was the first one to be honored as Global Cultural Minister.

“We are overwhelmed at Trident to present Global Cultural Minister Award to Dr. Sandeep Marwah who has contributed immense in the field of films, television, art, culture, fashion and media. He is known to the World for his philanthropic activities and now with seven World Records to his credit. His presence has raised the level of awards,” said Shiv Kakran the founder and promoter of Trident Awards.

“This special award not only confirms your high level of success but also serves as a lasting tribute to the limitless efforts, dedication, perseverance and all the great accomplishment,” a citation was read by Naveen the director of Trident.