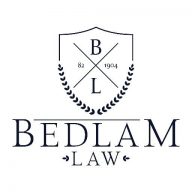 
With two Landmark case wins and the largest settlement in state history, The Bison Law Firm is set for success.

YUKON, OK. (June 5, 2020)- John A. Alberts, founder of Bedlam Law, a successful family law practice in Yukon, Oklahoma, is happy to announce the opening of their new neighbor, The Bison Law Firm. The Bison Law Firm will be occupying the suite next door, 1609 Professional Circle in Yukon Oklahoma. Although they are separate law firms, Bedlam Law will work alongside The Bison Law Firm in order to provide additional services to clients in a highly specialized manner at one central location. The Bison Law Firm focuses on handling personal injury cases involving individuals and families who have suffered an injury or death because of someone else’s negligence.

John Alberts will serve as the managing partner for The Bison Law Firm, while continuing to serve in the same capacity for Bedlam Law. After leaving his position as the Assistant District Attorney in Kay County, Oklahoma, John Alberts has spent the rest of his professional career as a steadfast and effective advocate for the rights of Oklahomans in a broad range of cases. Mr. Alberts’ knowledge of personal injury law and his skills in obtaining favorable results for victims as both a litigator and negotiator have garnered him an outstanding reputation in the legal community which has earned him the highest peer reviewed rating, AV-Preeminent*, from Martindale-Hubbell. In addition to his legal endeavors, John served as the Mayor of Yukon six different times, while serving for four terms as a city Counselman. “Together, we will be helping people in their time of need,” said John.

Joining Mr. Alberts at The Bison Law firm will be John’s fellow OSU graduate and Sigma Nu fraternity brother Kirk Olson. Kirk brings 27 years of experience to The Bison Law Firm “Dream Team.” Kirk has had many accolades which include a landmark sexual abuse case against the Nazarene Church, and the largest nursing verdict in state history. Kirk’s efforts were directly responsible for exposing a dangerous sexual predator within the church. Due to Kirk’s commitment to his clients, the church hierarchy that enabled the sexual predator to abuse children and the cover up of the sexual predator acts were exposed. In addition, Kirk Olson obtained the largest verdict in state history against a nursing home for the abuse of resident that suffered from Alzheimer’s disease. Kirk obtained a $15 million-dollar verdict against Epworth Villa, further establishing him as a well-recognized and respected advocate for the elderly.

On a personal note, Mr. Olson served with distinction for over 10 years in the Oklahoma/Arkansas Chapter of the Alzheimer’s Association, served a 4-year term on its Board of Directors and was awarded the McDaniel Man of the Year Award by the Alzheimer’s Association. Mr. Olson has become Oklahoma’s go to attorney when it comes to Nursing Home/ Alzheimer’s abuse. For Kirk, this tragic disease hits close to home, as his mother, lost her 14-year battle to Alzheimer’s in 2006. His passion to fight Alzheimer’s partnered with His knowledge and understanding of the disease, and his connections within the community, make him a force to be reckoned with both in and out of the court room when it comes to Alzheimer’s/ Nursing home abuse cases. “You will be hard pressed to find another attorney in the state of Oklahoma with as much knowledge of Elder abuse and Alzheimer’s Disease than Kirk,” said John. “His passion for his cases and the wellbeing of his clients, is unmatched.” Olson has also earned the AV-Preeminent rating from Martindale-Hubble.

The Bison Law Firm will be announcing the addition of a third partner in the coming months. This powerhouse trial lawyer will bring the experience of over 200 jury trials to the firm. Trial experience of this magnitude is something that cannot be easily matched by other firms and will make all the difference when handling complex cases. Keep your eyes open to see who will be filling those shoes. The Bison Law Firm will focus on cases involving: Catastrophic Injury; Wrongful Death; Semi-truck collisions; Car wrecks; motorcycle crashes; oil field accidents; slip/trip and fall events, and other incidents involving serious personal injury. In addition, The Bison Law Firm is already representing families who have suffered a death or serious injury due to inexcusable actions committed by medical care centers regarding COVID-19, Alzheimer abuse, and inadequate nursing home care. They are now accepting new clients. You can reach John A. Alberts, or Kirk Olson, at 405.407.0111, or visit the Bison Law website at thebisonlawfirm.com.