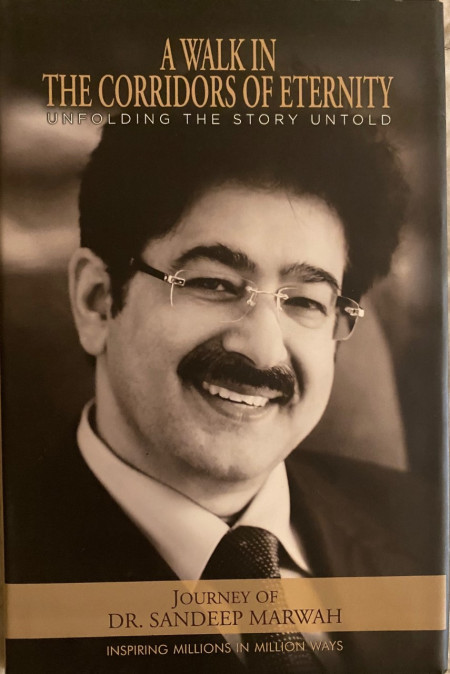 
New Delhi: A popular book titled- ‘A Walk In The Corridors of Eternity’ written by a young writer Shreeya Katyal -A biography on the world-renowned media person Sandeep Marwah is now going for the second edition as the first edition is totally sold out, informed Anil Verma of legendary publishers Star Publication, New Delhi.

Earlier Dr. Sandeep Marwah presented the first copy of the book to the Bharat Rattan and former President of India Dr. Pranab Mukerjee who highly appreciated the efforts of Dr. Sandeep Marwah of uniting the World through art and culture.

On the same platform we could also see the presence of Prem Chopra a veteran & popular actor of Bollywood, Akhliesh Mishra Director General ICCR- Indian Council of Cultural Relations, Ministry of External Affairs Government of India, Shyam Shroff a known film financer and Vikram Ghokhale well known Marathi and Hindi cinema artist who all were impressed by the works of Sandeep Marwah.

“I am thankful to each and every one who all have supported me, all these years, to fulfill my dreams,” thanked Dr. Sandeep Marwah President of Marwah Studios and Chancellor of AAFT University of Media And Arts.