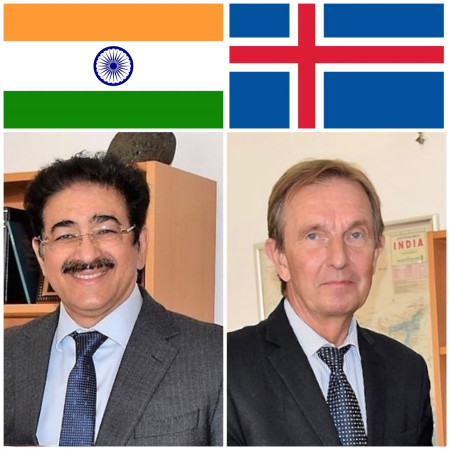 
New Delhi: “I take this opportunity to extend my heartiest congratulations to H.E. Gudmundur Arni Stefansson Ambassador of Iceland to India and people of Iceland on the occasion of National Day of Iceland which falls on 17th June,” said Dr. Sandeep Marwah President of Marwah Studios and ICMEI.

IIFCF- Indo Iceland Film And Cultural Forum & ICMEI- International Chamber of Media And Entertainment Industry are putting its best in developing and promoting relations between two countries through films, television, media, art and culture. A process of promoting Iceland through events like Festival of Films from Iceland, Scholarship to deserving student from Iceland have already taken place,” added Dr. Marwah Chair for Indo Iceland Film And Cultural Forum.

A special slot on Radio Noida and MSTV have been designed to talk about Iceland and India’s relations. Soon few programs will be broadcasted on these two powerful mediums to bring awareness of our relations to the common man in India.