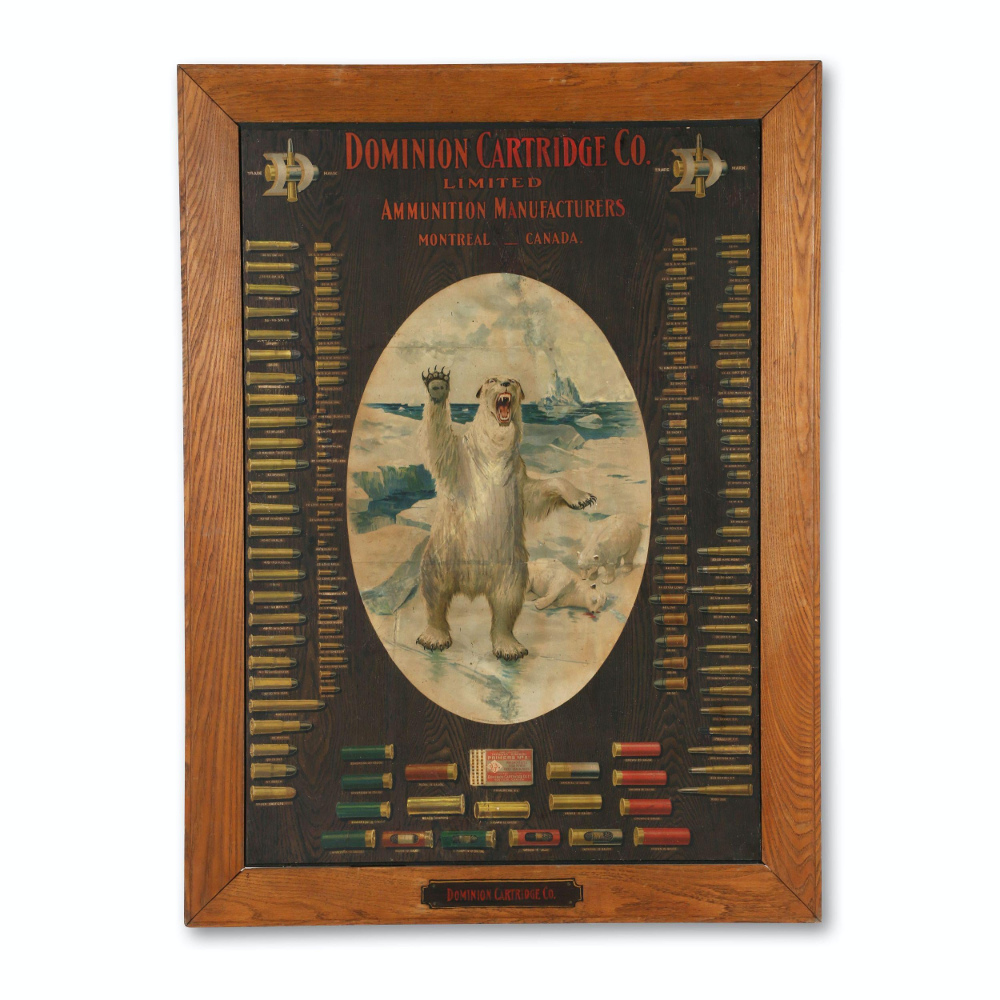 The auction included a generous offering of advertising, toys and historic objects, in addition to Mr. Koenig’s nearly 100 significant sewing machines of international origin. Also sold was a collection of rare American automobilia that including dealer-issued literature and new old stock parts from manufacturers like Cadillac, Buick, Packard, and Chevrolet, plus the fabulous automobile hood ornament collection of Stewart Ferguson.

“A month ago, we actually considered deferring this sale because of the unknown impact of the COVID pandemic,” said Ethan Miller of Miller & Miller Auctions, Ltd., adding, “That would have been a grave mistake. Despite the challenges facing the world, bidding was spirited and prices were stronger than predicted. We recorded our highest pre-sale registration rate to date.

Mr. Miller continued, “Selling without an audience to three carefully-spaced family members felt strange. Yet, as bids rolled in, it was quickly apparent that the sale was going to work out really, really well. As far as prices estimated versus prices realized, this could easily be considered our most successful sale to date. What do collectors want in the midst of a global pandemic? The factors of rarity, condition, and fresh-to-the market are more important now than ever before.”

The Dominion Cartridge ammo board was the auction’s top earner. Awarded first prize for a “Vintage Canadian Outdoor Collectible” at the 2007 Canadian Decoy & Outdoor Collectibles Association Meet in 2007, the litho pasted to Masonite board was housed in a 37 inch by 26 inch contemporary marked oak frame and featured a polar bear graphic.

The sewing machines from the Koenig collection were plentiful and included the following:

- Grover & Baker Sewing Machine, American, 1860s, one of fewer than 200 known and an early example of the first portable sewing machine. The two-stitch machine was manufactured by Grover, Baker & Co. of Boston, Mass. ($2,950).

- Two Singer Featherweight Model 221s, American, 1960s, both with cases and both manufactured by Singer Sewing Machine Mfg. Co. Condition: 7. One of the machines is marked ‘Made in Great Britain,’ the other ‘Made in Canada’ ($2,360).

All of the above sewing machines sold for far above their estimates. In all, 577 lots came up for bid in an auction that grossed $262,933 (all prices quoted are in Canadian dollars). There was no live gallery bidding, but 431 people registered online (267 were new users) and placed 6,882 bids on LiveAuctioneers.com, Invaluable.com and Miller & Miller Live.