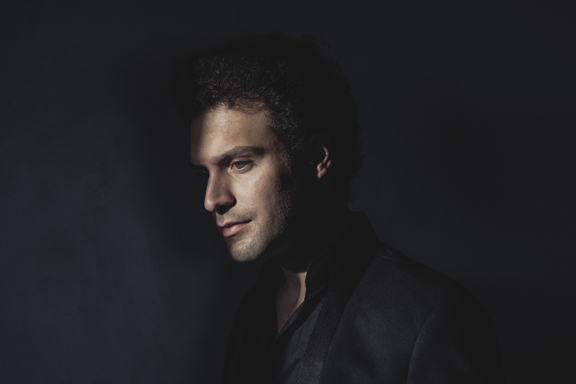 Mental Health Awareness Month has been observed in May in the United States since 1949. Established by the Mental Health America organization, millions are reached through media, local events, and screenings. According to the American Foundation of Suicide Prevention, the Center for Disease Control and Prevention Data & Statistics Fatal Injury Report stated in 2017, 47,173 Americans died by suicide, the 10th leading cause of death in the country, with 90% of those deaths having a diagnosable mental health condition at the time of death.

Filmed at In Flight Music Studios, award-winning singer/songwriter Jamie Alimorad and guitarist Pete Pidgeon deliver a heartfelt and intimate live performance video of Alimorad's hit single "Brighter Days". The "Brighter Days" Music Video is live on YouTube, and the single is available on all major digital stores and streaming platforms.

"Brighter Days" continues its ascension up New Music Weekly’s Hot100 reaching a new high of #57. Additionally, “Brighter Days” has placed Chartbound at AC/Hot AC and Up & Coming at CHR radio. "Brighter Days" makes big swings in upward momentum on Spotify and Apple Music respectively. Alimorad's album "This Is Tomorrow Calling" has reached 500,000 streams across all platforms.

Mental Health Facts & Figures:
Here are some data points you can use to speak to the scope of mental health.
1 in 5 adults in America experience a mental illness.
Nearly 1 in 25 (10 million) adults in America live with a serious mental illness.
One-half of all chronic mental illness begins by the age of 14; three-quarters by the age of 24.
Approximately 10.2 million adults have co-occurring mental health and addiction disorders.
*National Council for Behavior Health

ABOUT JAMIE ALIMORAD:
Light first dawned on Jamie Alimorad’s prodigal artistry in Boston’s underground music circuit, while attending Northeastern University. From those humble beginnings, Alimorad dedicated himself to honing his craft as a singer/songwriter and multi-instrumentalist. His time at Northeastern proved invaluable, culminating in a Bachelor of Science in Music Technology, and a blossoming career.

Upon graduating, his music began trickling out from Boston’s indie scene and out into the world at large. He independently released two albums (Cornerstone and Words Left Unsaid) that garnered enough success to warrant his first nationwide tour, taking him through cities, including, New York, Las Vegas, and Los Angeles. The tour’s success led to the 2014 music video for Words Left Unsaid single “Beautiful” hitting over 2 million views on YouTube. Alimorad’s new album This Is Tomorrow Calling released September 27, 2019.

The first two singles, “Not Ready To Say Goodbye” and “Brighter Days”, have quickly become Alimorad’s two most streamed tracks on Spotify, with “Not Ready To Say Goodbye” earning a 2019 Hollywood Music in Media Award nomination for Best Vocal (Male), and Brighter Days winning Song of the Year and Pop Song of the Year in the 24th Annual U.S.A. Songwriting Competition. Teaming up with Grammy-nominated singer-songwriter and producer Gino Vannelli, and Grammy-nominated songwriter and producer Ross Vannelli, the trio have crafted a collection of vocal-centric pop music, that has more than its fair share of innovative twists, and turns, fueled by Alimorad’s effusive passion towards fusing genres. The album tells Alimorad’s coming-of-age story of the years of an artist growing in an ever-changing world, and emerging from his cocoon, fully stretching his wings as a songwriter, musician, and vocalist.

There is no better press release writing company as 123 term papers.
Buy 100% high-quality replica watches with a 2-year warranty and free ground shipping!