Dr. Rob Bell Explains in His New Book, PUKE & RALLY: It's Not About The Setback, It's About The Comeback 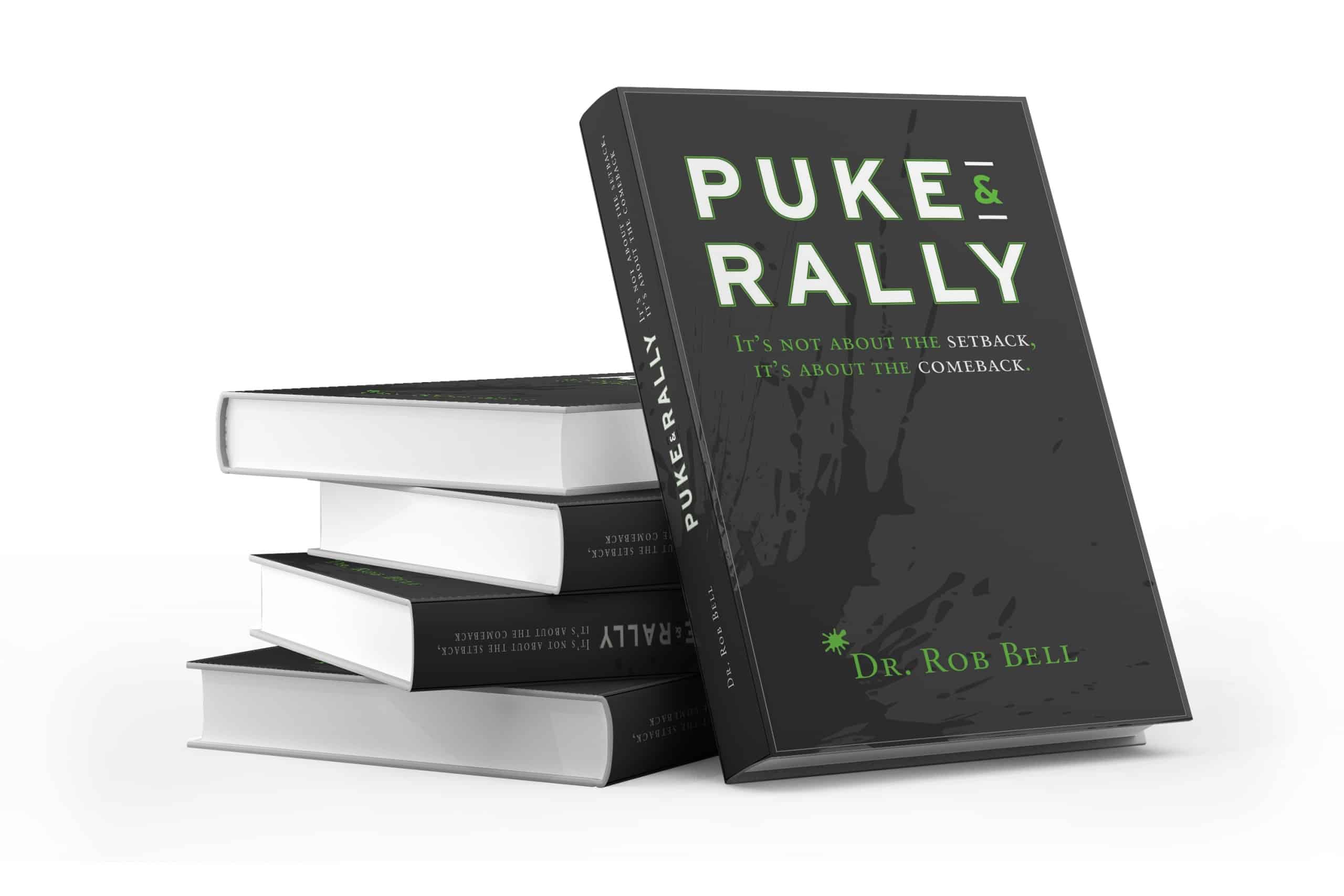 
Indianapolis, IN, May 10, 2020 -- Unfortunately for many people being told "you're not good enough" can have devastating, long-term effects.

However, everyone who has reached a level of significance and success in life were also told by or shown through their own dire circumstances that they were not good enough.

In his new book, PUKE & RALLY: It's Not About The Setback, It's About The Comeback. (May 1st, 2020), prominent sport psychology coach Dr. Rob Bell explains why.

The difference is that successful people used the negativity and adversity to their advantage. It actually galvanized their inner strength and fortitude and propelled them to greatness.

We all have puked. Everyone has messed up and failed and nothing can prevent the setback. There will be strife, turmoil, and extreme adversity in life. It is just when rather than if you'll encounter them.

Despite our mistakes, pain, and being told that we are not good enough we can still rally! It's not about the setback, it's about the comeback!

PUKE & RALLY:
Whether you're an entrepreneur, coach, executive, or full-time mom or dad, you'll face setbacks. Mental toughness is the comeback factor in our ability to cope, deal, and handle adversity, and pressure in life.

PUKE & RALLY is not a book about how to extend weekend celebrations, nor is it intended for coaches to make their athletes "tougher." It identifies with what we have all been through in life and to show that no matter how far down the scale we have gone we all can comeback.

PUKE & RALLY offers dozens of practical tips and wisdom, including:

- Why just one mistake derails your best plans and you'll rally if you can overcome this error.
- Why more people die coming down Mount Everest than climbing up.
- That the process is more important than the product.
- The greatest mental skill that you'll need to comeback.
- The most powerful lightning strikes are from "out of the blue."

About Dr. Rob Bell:
Rob Bell, Ph.D., is the author of 7 books on Sport Psychology including Don’t “Should” On Your Kids: Build Their Mental Toughness, and NO ONE Gets There ALONE. A Sport Psychology coach and owner of DRB & Associates; his company works with athletes, coaches and teams on achieving peak performance. Rob has coached multiple winners during the PGA Tour, Olympic medalists, and The University of Notre Dame. He is a prominent speaker, serving as a keynote for NFL combine, Marriott, and Walgreens. He is a regular guest on ESPN 104.5 “The Zone” in Tennessee, has appeared on Fox News in Indianapolis and has been featured on The Golf Channel as well as in Stack Magazine, Runner’s World and The New York Times. Drrobbell.com