Strat-O-Matic Rolling With Enhanced Interest In Its Board, Digital Baseball Games 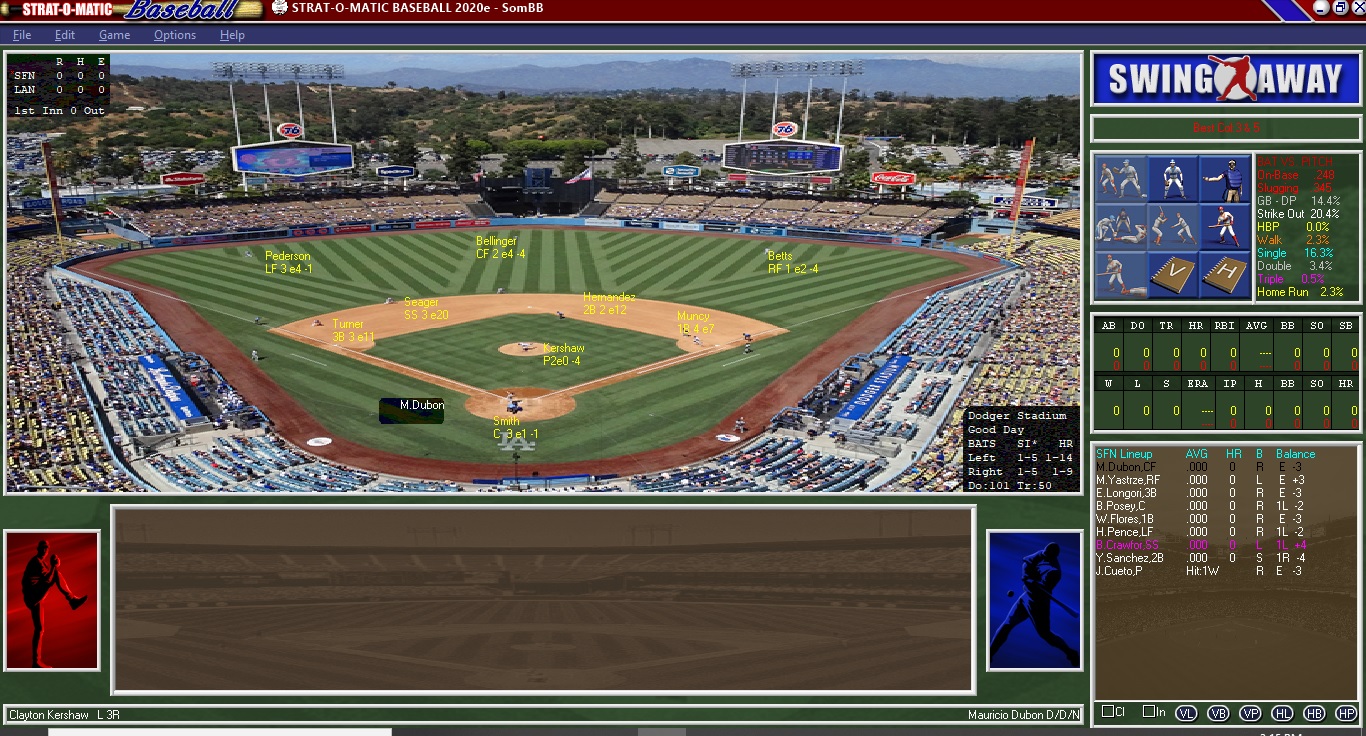 
While millions of baseball fans eagerly await the return of the sport to the field, many are turning to other means of satisfying their need to stay connected to the national pastime. At the top of the lineup is Strat-O-Matic (www.strat-o-matic.com), the market leader in sports simulations, which today revealed that interest in its baseball platforms is greater than ever, spurred in part by its simulation project, which plays out the 2020 schedule and announcing results, standings, leaders and even transactions daily at www.strat-o-matic.com/2020-season-simulation/.

The increased interest is reflected in sales, traffic and social numbers, all on the upswing. Board and Windows games, digital platform Strat-O-Matic Baseball 365, Website traffic, new users and social media have all seen significant boosts over comparable time periods as fans continue to satiate their thirst for baseball, Strat-O-Matic style, connecting with the game and each other across all of these areas.

“Fans are missing baseball on the field, but we’re honored that they are turning to Strat-O-Matic in record numbers to help fill that need,” said Hal Richman, Strat-O-Matic founder. “We have heard from many who have been long-time Strat-O-Matic players breaking out their decades-old games from the attic and updating to some of our newer products. We couldn’t be prouder to be leading the way in keeping fans engaged in the sport.”

About Strat-O-Matic
Strat-O-Matic was invented by 11-year-old Hal Richman in his bedroom in Great Neck, N.Y. in 1948 as a result of his frustration with the statistical randomness of other baseball board games. He discovered that the statistical predictability of dice would give his game the realism he craved. Over the next decade, he perfected the game at summer camp and then as a student at Bucknell University. After producing All-Star sets in 1961 and ‘62, he parlayed a $5,000 loan from his father (and made a deal that if it didn’t work out he would work for his father’s insurance company) into the original 1962 Strat-O-Matic Baseball season game. Needless to say, Hal never had to take a job with his father.

Strat-O-Matic, based in Glen Head, NY and on the Internet at www.strat-o-matic.com, manufactures the top selling sports board games and realism/stats sports digital games. The Company publishes baseball, football, basketball and hockey games to play both on and off your computer and mobile screens. “Strat-O” games are known throughout the sports community for their statistical realism and accuracy. The Company has the world’s greatest sports game stat libraries with top-of-the-line seasons dating back to the early 1900’s. At the start of the 2016 MLB season, Strat-O-Matic introduced Baseball Daily, its first product featuring digital player cards that update every day to reflect real life current player performance as the season progresses.