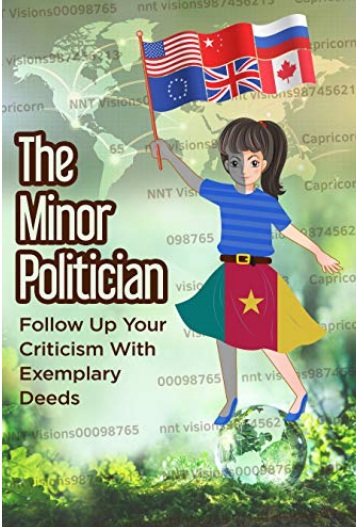 
The underage politician & The digital tool.” is the latest book of Thiess Matt-Eron, a science fiction author. This 251 pages ebook is in the form of Kindle, and now is available to purchase at Amazon.com.

The main character of the book is Celia, a 15-year-old girl who is different from the most girl at the same age. She is an energetic, talented, and single-minded person. She is concerned about issues in the environment and society. Young girl with hidden talents always appear confident, dissatisfied with social inequality, racism, injustice and poverty. Celia lives in a fictional country named USF (United States of Freedom). USF is a combination of several countries from different continents.

The USF led by successor dictator. To the struggle for democracy, Celia exerted her abilities to make changes in society with the help of her boyfriend. Later with him, they developed an app that inspires citizens and attracts media attention. The app was designed as a solution regarding environment preservation, poverty, electoral system, and many more.

The book is worth reading, since it teaches the value of humanity and social issues in the modern world. Thiess Matt-Eron is a German author. He has written many books, including NNT-VISIONS: The HBB-Chaos is spinning its threads, NNT-VISIONS: Das HBB-Chaos spinnt seine Fäden, Die minderjährige Politikerin: Das digitale Werkzeug, L'ennemi invincible: En direction de la piste de danse, NNT-VISIONS: On the Way to the dance floor, NNT Visions: HBB-Chaos en pleine effervescence, NNT Visions: Auf dem Weg zur Tanzfläche, NNT-VISIONS The invisible enemy: Episode 1: Target of the MD - Group, The HBB-Chaos is spinning its threads.: A journey into the mysterious experiences of life (NNT-VISIONS Book 1), NNT Visions: L'ennemi invincible

For more information about the “The underage politician & The digital tool.” Please visit