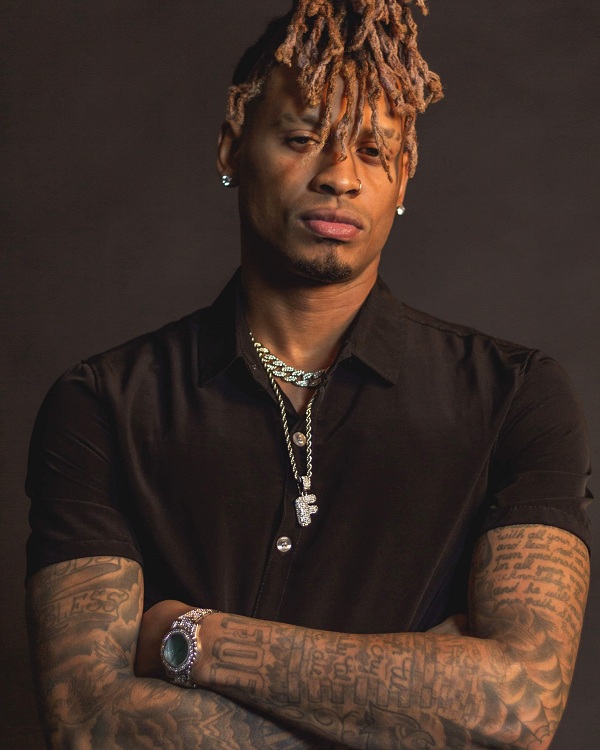 
Louisville R&B singer to release new single "LACEDD". FAIF has been known in the Louisville music industry, and previously he has released two singles, “No Rush” and “LOWKATION”.

Louisville, KY - Dominique Owens, known professionally as FAIF is a promising R&B Artist based in Louisville, Kentucky. FAIF abbreviates for ‘For Anyone In Fear.’ FAIF announces the release of his new single titled "LACEDD". This single is expected to get a positive response from fans and listeners of R&B music throughout the world. FAIF is not a new name in Louisville, Kentucky. He has been recognized as an R & B artist following the release of his captivating single “No Rush” in November 2018 and raunchy “LOWKATION” in May 2019. His music has been available online on all major platforms since 2018.

FAIF was born and raised in Louisville, Kentucky. Besides performing R&B music, he also writes his own songs. On April 25, 2019, both of his singles “No Rush” and “LOWKATION” received placements on Tales on BET. The talented musician from Louisville, Kentucky, was selected by Murda Inc’s CEO Irv Gotti as a winner in the Louisville Tales on the BET Showcase.

In The Kentucky Urban Entertainment Awards 2019, FAIF was nominated in 6 Categories and won

The 2019 R&B Artist of The Year. The Kentucky Urban Entertainment Awards 2019 is an annual event honoring those who achieve success in the entertainment industry in various categories. The event was held by The ELITEgiance at the Bourbon Hall in downtown Louisville. The event was FAIF’s achievement peak. He was very excited to be nominated in several categories. “I was so excited about the event, I hope the award will also inspire young musicians in Kentucky”, said FAIF.

As a multi-talented musician, his musical journey did not develop by itself. He was influenced by several famous musicians such as Static Major, Usher, Chris Brown, and Future. He also gained his popularity through stage performances at the most popular events in Kentucky, such as Tales on BET Showcase, Performance with Roddy Ricch, Rod Wave, Bezz Believe, Supafye Tour, Nirvana, PlayMad Network, Vis A Vis Louisville and many more.

Back on March 3, 2014, FAIF was the sole survivor of a fatal car accident involving Germina Cruz (2014 Louisville Lady Xtreme Dance Team) and his best friend Kerry Benson (Former University of Kentucky walk-on). Following the accident, while in recovery, he started writing music that is therapeutic for him.

Producer Calvin Roberson (Siah on the Beatz) is his childhood friend who pushed him out to get into music.

FAIF has a real name Dominique Owens, is an American Vocalist/ Songwriter from Louisville, KY. He has been recognized as The 2019 R&B Artist of The Year at The Kentucky Urban Entertainment Awards 2019 by nominated in 6 categories. FAIF singles “No Rush” and “LOWKATION” can be listened to at his Spotify page on https://open.spotify.com/artist/5qGsMDUD1aujgIfxRtzG89. In 2020 his is about to release a new single titled “"LACEDD"”.