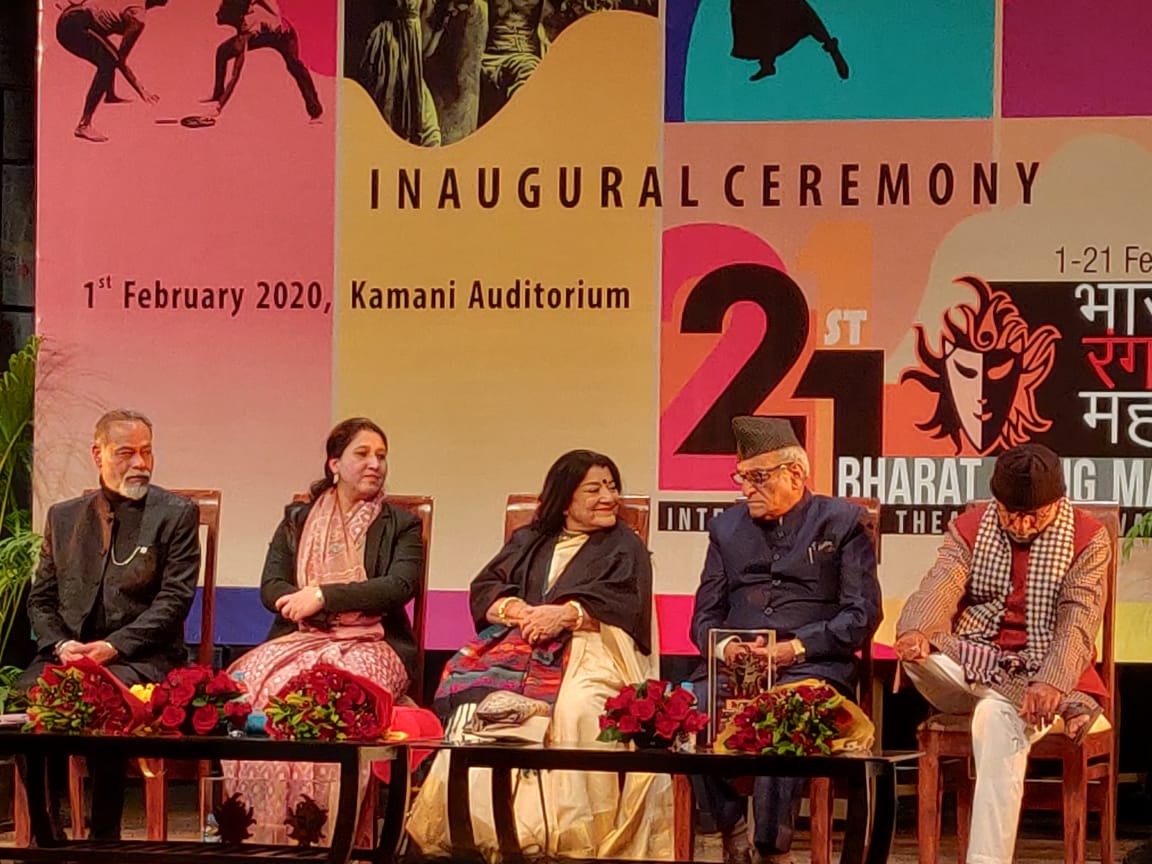 
New Delhi, February 1: The 21st edition of the Bharat Rang Mahotsav (BRM) – the annual theatre festival organised by the National School of Drama (NSD) is all set to bring an assortment of plays, interactive sessions, and other cultural events to cheer up winter afternoons of theatre enthusiasts in the Capital.

Prof. Suresh Sharma, Director In-charge, National School of Drama, welcomed the guest at the inaugural function and appreciated all the participants from National & International theatre fraternity who came all across. Also, he specially expressed his gratitude to the Actor Amol Palekar who came & graced the occasion by presenting his play at the inauguration ceremony. He also said through the years, Bharat Rang Mahotsav has presented some masterpieces from the world of theatre. The idea is to reach out to a much wider set of audiences with works from post-modern and regional theatre. We hope to highlight the importance of theatre and plays and promote the culture of appreciating various forms of performing arts.

Chief Guest Prof. Vidushi Rita Ganguly, present at the event said “Eventual expression of human race is theatre, I give credit to all these honours that I receive to Ebrahim Alkazi. NSD treats everyone equally and in theatre everyone has their own place.”

Guest of Honour Dr. Mohan Agashe, renowned theatre and film personality who was present at the event said “theatre occupies the highest place in art forms. I am really elated to see that year after year NSD is giving this living art a stage.”

Present at the event the Special Guest Ms. Nirupama Kotru, IRS, Joint Secretary, and Ministry of Culture, Govt. of India Said “NSD is one of the nine gems that we have in our country. We should encourage more participation and spectatorship of theatre.”

Echoing his thoughts, Dr. Arjun Deo Charan, Acting Chairman, NSD Society said, “Theatre brings meaning to people and the position of an actor is held highly in theatre of our country. An actor should be mindful of their own emotions and the emotions of their character and this understanding if conceived can help anyone and everyone.”

Like each year, this year too, BRM promises a diverse experience featuring a host of plays depicting various shades of emotions along with masterclasses by stalwarts from the theatre fraternity. The festival will stage 91 plays that include a combination of post-modern and regional theatre by Indian and international thespians. It will open with veteran theatre and film personality Amol Palekar’s crime-drama Kusur – The Mistake that revolves around the life of retired Assistant Police Commissioner Dandavate, whose life changes overnight when he volunteers to serve at the police control room. Besides, the festival will also showcase a mix of romance, suspense, comedy and music along with international plays, interactive sessions and allied events.

There is no better press release writing company as 123 term papers.
Online assignment help by Copycrafter will free you from any academic issues
On-demand assignment help - find an assignment experts in 3 steps.