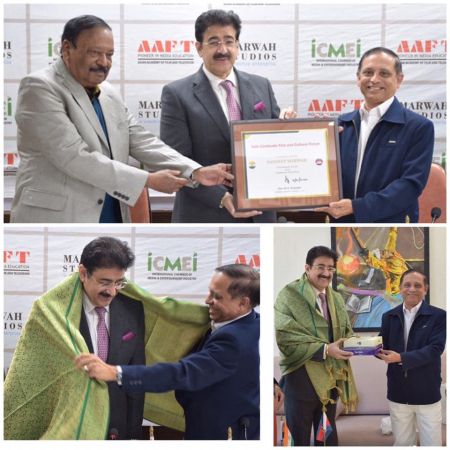 
Noida: “We are pleased to nominate Dr. Sandeep Marwah President of Marwah Studios as the Chair of this newly constituted Indo Cambodia Film And Cultural Forum today, the most appropriate name for this designation,” said Dato Sri Dr. Sirajudeen a well known social worker and advisor to the Prime Minister of Cambodia during his visit to Noida Film City.

“I am thankful to the people of Cambodia for showing so much confidence in me. I will work day and night to develop and promote the relation between the two countries,” said Sandeep Marwah feeling obliged by the gesture.

Go to Assignmentgeek.com and get your homework done.
BuyEssaysCheap.com - affordable writing help
Online assignment help by Copycrafter will free you from any academic issues