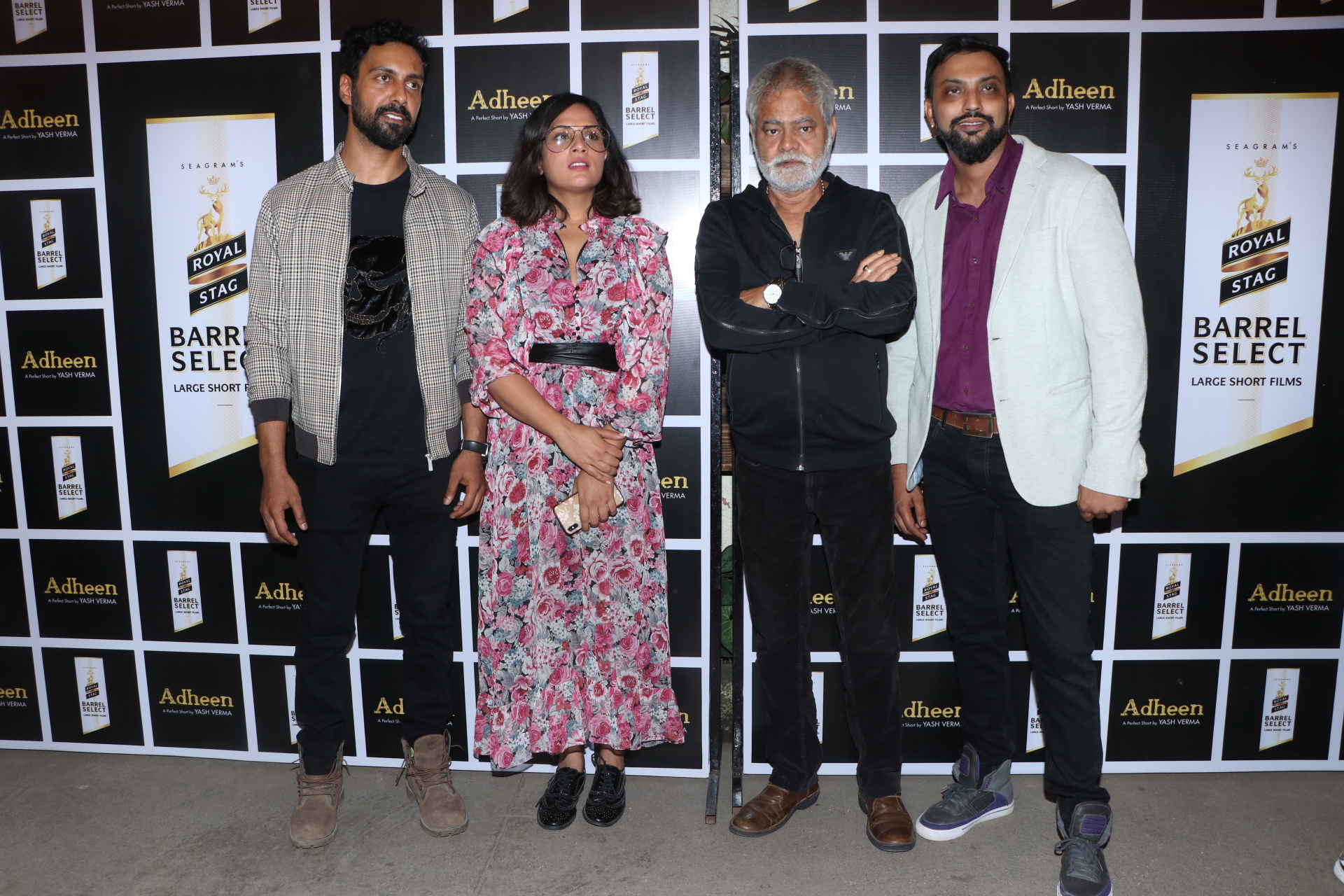 The 30 minute short film, Adheen is about a father who gets his kids to meet their terminally ill mother under the pretext of a family reunion. While the son can’t bear his mother’s suffering, the daughter is still mad at her for throwing her out of house when she was young. The story unfolds to the point where the father takes a stand for the first time in his life and leaves his kids with a life altering decision.

Talking about the film director Yash Verma said, “It was an experience in itself to direct a movie like Adheen that mirrors the current situation of most of the elderly couples which redefines the meaning of ‘being a family’. Working with Sanjay sir has always been an honor and as always he has aptly projected the emotions of the protagonist father in the film. I am delighted to showcase this movie on a platform like Royal Stag Barrel Select Large Short films that has been instrumental in changing the dynamics for new directors in short film category.”

Commenting on the movie Sanjay Mishra said, “As an actor I love essaying characters which are deeply inspired by people around us. I am happy to work with Yash again for his short film Adheen, which rightly depict family problems across India. I believe audience nowadays is more open to accept content across formats and it’s wonderful to see platforms like – Royal Stag Barrel Select Large Short films providing them an opportunity to see powerful & meaningful cinema.”

Royal Stag Barrel Select Large Short Films is one of the most influential and celebrated platforms for short films in India. Since its inception the platform has released some of the most prodigious and award winning short films with renowned artists and directors from the industry which truly reflects originality, imagination and perfection. With slew of powerful films, Royal Stag Barrel Select Large Short Films is the perfect stage that provides a canvas for directors and actors to tell compelling stories within 15-20 minutes. Through its original creative and entertaining content, the property has successfully built a loyal community of short film movie buffs..

Centered around “Make it Perfect”, Royal Stag Barrel Select Large Short Films has become the destination for Indian short films. The platform has collaborated with successful storytellers from Bollywood who truly stand for originality, creativity and Perfection. Large Short Films has evolved to create an ecosystem for aspiring directors to feature along mainstream Bollywood directors and still be able to create a niche for themselves in the industry.

Royal Stag Barrel Select Large Short Films has released some of the most prodigious award winning short films with renowned artists and directors from the industry which truly reflects originality, imagination and perfection. Ahalya, Interior Café - Night, Ouch, Chutney, Anukul, Mumbai Varanasi Express, Khool Aali Chithi, The School Bag, Bruno and Juliet, ‘Shunyata’, Juice, Maa, Chhuri, Her First Time and Iktarfa are some of the phenomenal films that have been released on this platform. Royal Stag Barrel Select Large Short Films as a platform for original short films has been the pioneer in popularizing this genre of filmmaking.