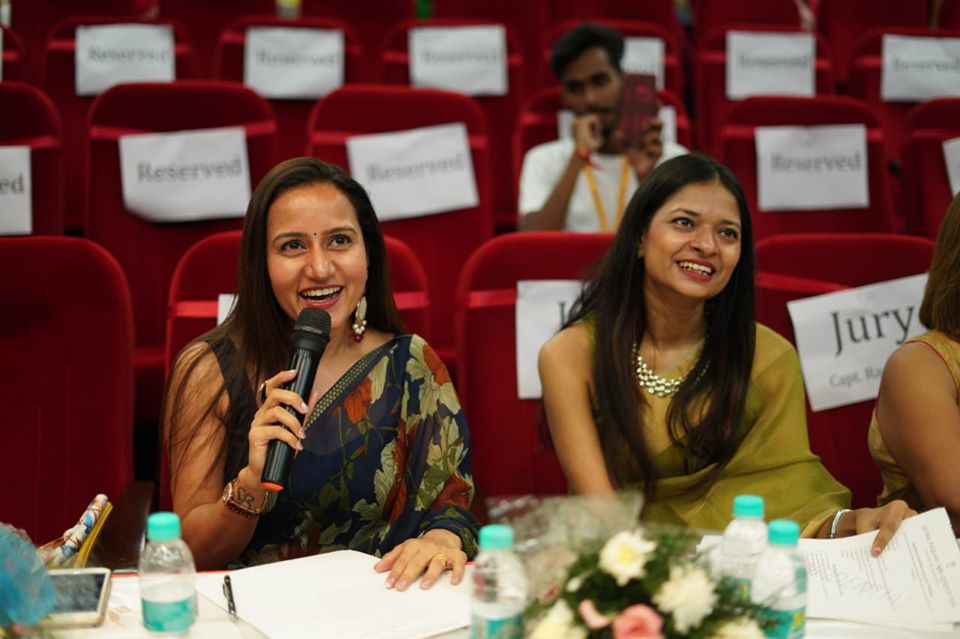 
To promote and support the initiative ‘The Confident Women The Confident India’, an audition gala event was Successfully organized by Adwait Global Media & Creation and sponsored by Indian Institute of Image Management, Mumbai for the contestants of the Global Pageant – “Mrs. Queen of India” on 2nd October at the Russian Centre of Science & Culture in which Ms. Pallavi Tyagi, a Television News Anchor, Capt. Mrs. Rama Arya, National secretary, International Human rights organization, Ms. Bhawna Sharma, an established Fashion Designer & Entrepreneur in fashion Industries and Mrs. Shweta Shukla M., the Founder & CEO of Adwait Global Media & Creation Pvt. Ltd. was presented as a Jury panel. Hundreds of women from Delhi NCR participated in this Global Pageant Mrs. Queen of India-2019.

In the audition the first and second round was introductory and Q & A respectively in which all the participants presented their show up ramp walk in front of Jury members along with their introduction and answered the hard questions of the Juries. The third & final round in the auditions was the Talent Round wherein the contestants gorgeously presented their talents in many fields like Dancing, Singing, Arts, and Marshal Arts etc. On this occasion Shweta Shukla the Founder and CEO of Adwait Global Media & Creation said that its efforts of her spiritual team to bring out the hidden talent of the Indian Married Women from different communities & fields as homemakers are now representing themselves in this huge platform which is a very proud moment for me. we shall continue our endeavor to provide an absolute platform through which they should be able to showcase their talent enabling them to develop their confidence so that they should be able to contribute their best. We know that it’s an uphill task to convey them in a present environment with a different perspective and I am very thankful for all candidates for their participation to empowering them and I am grateful to all Jury members for extending their Courtesy to give their valuable time for this hard work.

She further added that the results of this audition will be officially announced on Sunday. And the finale of the contest is planned to be held in New Delhi in the month of November 2019 and the winner will get a state crown followed by a few other surprise gifts. The Global Pageant by AGMC is planning to organize similar auditions of this Global Pageant - Mrs. Queen of India at various major cities of different states of India and one finalist of each state will be selected for state crowing. Thereafter competition events will be organized at the national level for the selected participants in which they shall have an opportunity to win the Crown and tag of Mrs. Queen of India 2019. On the auspicious occasion of Gandhi Jayanti, Shweta Shukla announced that on 2nd October 2020 the Global Pageant will organize the Khadi Fashion Show for which the planning & difference activities are under process as we are planning to urge the Govt. of India to support us to motivate our spirit.

This title is not just about beauty and talent but of substance with style, wisdom, passion, and intelligence.