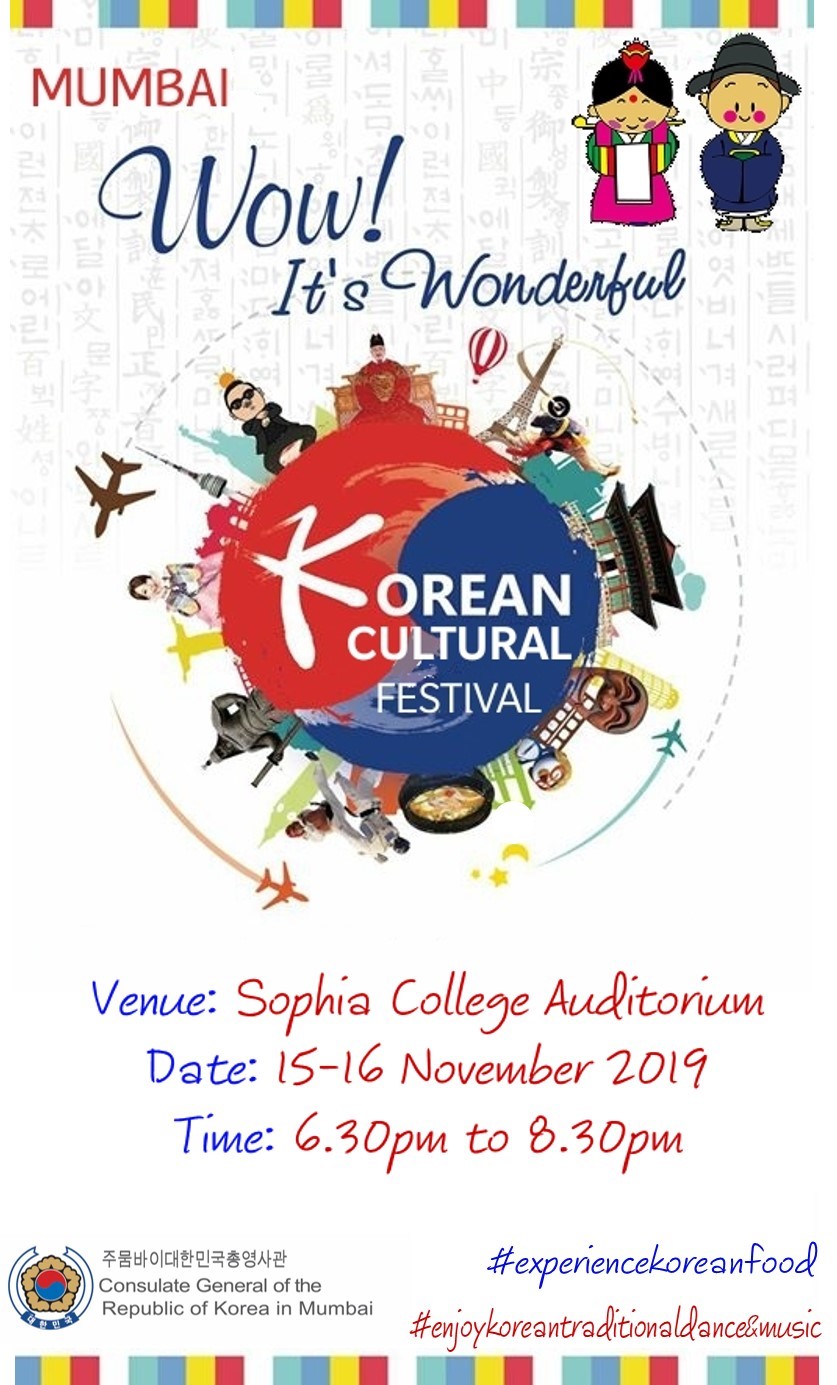 
A two day festival hosted by the Consulate General of the Republic of Korea in Mumbai is coming to Mumbai showcasing South Korea’s rich culture, art and heritage. The event will take place on the 15th and 16th November 2019 at Sophia Bhabha Auditorium, Mumbai between 6.30pm and 8.30pm both days. This two-day event aims to popularize Korean traditional dance, music and food by giving Indians a glimpse of Korean values and tradition.

The event will have a live stage performance by 14 Korean artists from the group called Pilbong Nongak Preservation Group. Pilbong Nongak is cultural intangible heritage selected by the Korean government. The group will be performing a re-enactment of Korean traditional culture based on Nongak. The performance will include beautiful traditional Korean dance on folk songs while using traditional instruments; samulnori and many more performances.
The Consul General of the Republic of Korea in Mumbai, H.E. Mr. Dong-young Kim mentioned that through the medium of such cultural events, we want to show the Indian audience our Korean authentic and unique culture. We hope that through the Korean Cultural Festival 2019 and coming events, the relations between India and South Korea would reach next level and their true friendship shine forever.

In addition to this, the festival will have a food sampling booth where Indians can taste rich and delicious Korean food like Kimchi, Dakgangjeong etc.

The Korean Cultural event will be attended by many dignitaries from various Consulates in Mumbai as well as government officials from Maharashtra government. Also, opening the event to the general public, the Cultural festival is looking forward to active participation and love from people for traditional culture of Korea.

BuyEssaysCheap.com - affordable writing help
On-demand assignment help - find an assignment experts in 3 steps.
There is no better press release writing company as 123 term papers.
Buy 100% high-quality replica watches with a 2-year warranty and free ground shipping!
Go to Assignmentgeek.com and get your homework done.
Online assignment help by Copycrafter will free you from any academic issues