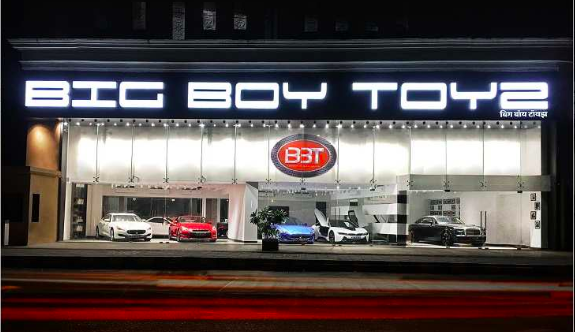 
New Delhi, November 12, 2019: Dharmatic Entertainment and Big Boy Toyz, Delhi’s most trusted pre-owned luxury cars hub, partnered for former’s action film on Netflix. The film, Drive, showcased some of the best keeps of Bog Boy Toyz that were used in many high-speed chases and over-the-top stunts.

Karan Johar has had a track record of making top-notch films and telling stories that resonate with people from all around the world. As for Netflix and Dharma Productions, their relationship is even stronger. Both Netflix and Johar have been working together since 2018, starting with the film Lust Stories and going on to create other much-loved films such as Ghost Stories and Guilty.

Jatin Ahuja, Founder and MD of Big Boy Toyz, said, “For us, this was a breakthrough since partnering with Karan who has an innate sense of what people want to see on screen helped us offer our best performances. I was and I am super excited about this opportunity and the kind of possibilities it holds for our franchise in the Bollywood industry.”

Written and directed by Tarun Mansukhani and led by Sushant Singh Rajput and Jacqueline Fernandez, the film is spin chilling rough thriller that can drive even the most undemanding Bollywood fan up the divider with its blend of speed, lust for money and crazy pursuits. It is the kind of film where a variety of luxury cars have no issue in placing the actors and actresses on-screen in the shade. A sizeable level of the film's chief characters is either renowned racers in their big toys or are individuals who hold the aspiration become one.

In all, it is a wild combination of India’s greatest storytelling franchise and a popular retail brand for pre-owned luxury cars and the same could be see in the movie sequences as well.

Big Boy Toyz was launch in September 2010, Big Boy Toyz is the complete one-stop destination for the world’s most iconic, high-end, premium cars manufactured by global legends of the automobile industry. It is the mecca of luxury cars in India, housing vehicles from brands such as Bentley, Ferrari, Cadillac, Chrysler and James Bond’s favourite ride Aston Martin, apart from many other premium brands! A paradise for true high-end automobile enthusiasts, it is arguably the only brand which showcases a self-purchased inventory of vehicles.