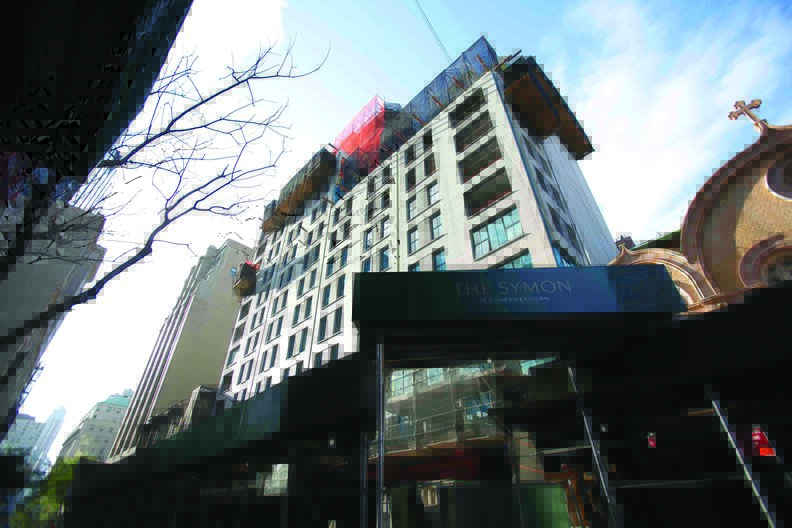 
Rezoning attracts more home buyers than businessesLonicera Partners has developed 13 projects in the Downtown Brooklyn area during the firm's eight years. Its latest—the Symon, a 59-unit luxury condo building on Schermerhorn Street—began sales last week, with one-bedrooms starting at $795,000. Lonicera and its partners like the area precisely because of the sort of development they're doing.

"Anyone who comes to Downtown Brooklyn remarks how the skyline has changed dramatically over the past eight years," said Jamie Anthony, a principal at the firm. "There's so much more high-density residential development."

Perhaps nowhere is this clearer than along Schermerhorn Street. The corridor, which runs into Brooklyn Heights and borders Boerum Hill, has seen several large-scale apartment and condo projects during the past decade.

They are part of a wave of residential development that a 2004 rezoning unintentionally set in motion. It was originally meant to facilitate more commercial development, particularly office and cultural projects. The area was and is the city's third-largest central business district, after Midtown and Lower Manhattan.

But a 2016 report from Brooklyn Borough President Eric Adams' office concluded that more than 11,000 housing units had gone up in the area in the first dozen years since the rezoning, while the city had anticipated only 979. Meanwhile, the 1.3 million square feet of commercial property developed fell far short of the anticipated 4.6 million.

Downtown Brooklyn's location might go a long way toward explaining that. Various developers and marketers behind the Schermerhorn corridor's residential projects have described the area's location as a big draw for prospective tenants, home buyers and hotel guests. It's minutes from Manhattan by numerous subway lines. Plus, it borders areas of quainter brownstone Brooklyn that residents might be more interested in but can't afford.

"Downtown Brooklyn has received a lot of the demand," Anthony said, "because [buyers] want to be as close as they can to Cobble Hill, Boerum Hill and Brooklyn Heights."