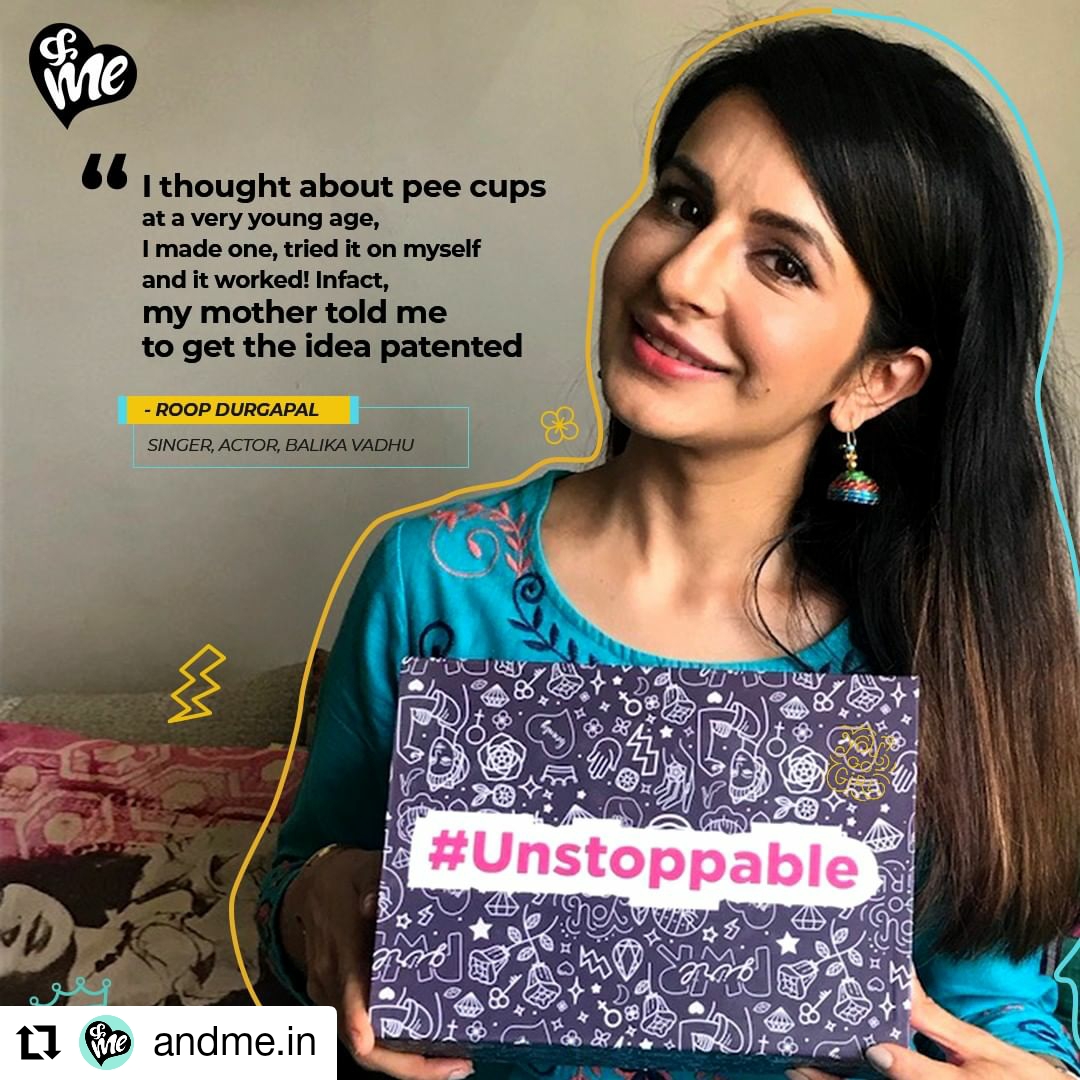 
In a country where purchasing sanitary napkins is still an embarrassment and the word menstruation is surrounded by taboos, &Me, a leading Women\'s Health Brand, has come up with a unique campaign, ‘#Unstoppable’to crush the stigma attached to periods by inspiring dialogue circling menstrual health awareness and education. The 3 month-long campaign which started on 1st July has been planned in three phases (‘She is Unstoppable’, ‘You are Unstoppable’ & ‘We are Unstoppable’), each of which celebrates women and their journeys of overcoming menstrual health challenges to remain Unstoppable.

The campaign in the first month featured over 20 celebrated women achievers from across corporates, businesses, sports, and the digital world who discussed their personal journeys and untold stories of menstrual health. Sharing experiences of Archana Vohra (Director Small, And Medium Business, Facebook, India), Delhnaz Irani (TV & Film Actress), Rani Rampal (Captain of Indian Hockey Team) amongst other prominent women from their fields, &Me opened up the stage for these so- called forbidden talks.Speaking about their menstrual excursions, these successful women inspired a million others to break the deep-rooted anathema linked with periods.

“At the workplace, we are in an environment where there are men also. While periods are a reality, a lot of women do not accept it. There is some phobia/stigma attached to it, that it is bad and something that you should hide.” says Aparna Sharma, a successful author, and the Former Country Head at Lafarge India.

Overcoming the shame and secrecy around periods, everyday women, ‘the local heroes’ shared their stories around menstrual health in August. Bringing the focus on ‘You’, the common women, &Me’s campaign encouraged them to participate and tell their tales under its second phase, ‘You are Unstoppable’. For instance, sharing her menstrual challenge, Amulya Garg, an engineering student, recalls that during her PT exam, she was unable to run and couldn’t even tell her teacher about the pain she was suffering from.

“It wasn’t easy to talk about it freely in the open. The same classic statements were passed, ‘how can you speak about it in public?’. It was a beautiful but tough experience. I was excited about entering womanhood but couldn’t talk to anybody about it due to social taboos,” said Amulya.

Talking about the campaign Sheta Mittal, Co-Founder, &Me, said, “The campaign was eye-opening. We were surprised by how candidly women shared their menstrual health stories, just because someone was there to listen and provide a solution. We heard stories of survival and women being in constant pain and discomfort, having to hide it from their family, friends and close colleagues. With our campaign, we wanted to bring awareness as well as a platform where an unapologetic conversation around periods could start and we are happy to have done that successfully.”

In a period of just 12 months, &Me has built a strong community with over 1 lakh customers and has reached more than 2.1 million people with the campaign. In the third and the last leg of the engagement, the brand will take its customers behind the scenes and showcase their unstoppable growth journey under ‘We are Unstoppable’, the final phase of the powerful campaign.

“In today’s competitive market, appealing customers is extremely difficult if you do not connect with them. Our campaign hit the chord right from the beginning, we reached above 7 lakh people in the first month itself. The success of the campaign is extremely gratifying as it brings forth the ever neglected struggles of women through their menstrual journey, something which has been long due and unattempted before.” adds Sheta.

Founded in 2017, &Me is a brainchild of IIT and Standford Alumnus Ankur Goyal and is co-founded by ex-NIKE and Harvard Business School graduate Sheta Mittal. &Me is solving for unique functional needs of women, combining Ayurveda with Nutritional Science into a portfolio that includes 5 health drinks for women. The brand is credited with launching India’s 1st range of PMS drinks, which helps women during pre-menstrual symptoms of bloating, cramps, and mood swings. &Me’s first-ever PCOS/PCOD drink aims at bringing hormonal balance, and its Beauty drink focuses on making hair and skin healthy from within.

Seed funded by Matrix Partners in December 2017, &Me recently received the second round of funding, jointly from Matrix Partners and Sauce.vc for further growth. The company’s vision is to create and own a ‘Women’s Health’ section in every store, online and offline.

Ankur Goyalis the Founder and CEO of &Me. An IIT Delhi and Stanford Graduate School of Business alumnus with over 8 years of experience and a passion for innovation in the food and beverage industry, Ankur has worked with Nestle and Paper boat in the past.

Sheta Mittal is the Co-founder of &Me. An Aerospace Engineer from IIT Bombay and a graduate from the Harvard Business School, Sheta has worked with NIKE, Boston Consulting Group and Future Group in the past.

Headquartered in Bengaluru, Karnataka, &Me is a Women’s health brand with a mission to empower women with health by solving for her unique functional needs. &Me’s current portfolio includes 5 Women\'s health drinks, including India\'s 1st range of PMS drinks, which helps women during pre menstrual symptoms of bloating, cramps & mood swings. The first-ever PCOS/PCOD drink aimed at hormonal balance, and our beauty range focusing on healthy hair and skin from within.